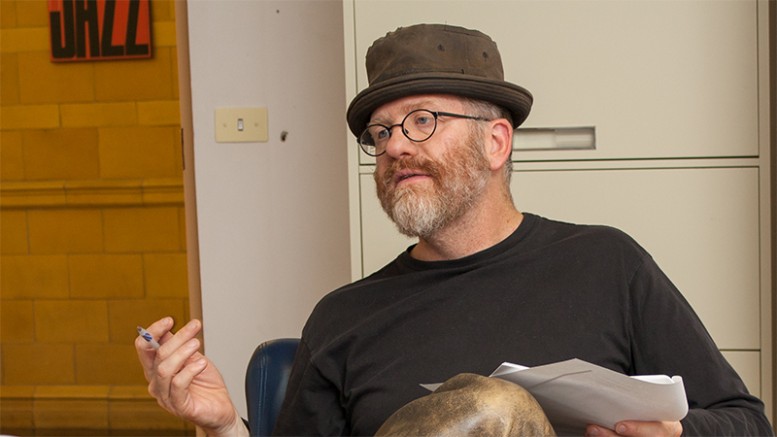 – With the retirement of Ehud Ben Zvi, and after Francis Landy finishes teaching his last two courses on a post-retirement contract this December, the University of Alberta will have no-one teaching about Judaism at all, nor about Hebrew Bible, nor even teaching Hebrew. There is no possibility of hiring again in this area (or in any other that becomes vacant, for that matter). Due to constant funding cuts, the study of Judaism has essentially been declared — implicitly, by administrative decisions, including my own — to be of interest to too few students to warrant even one position. That’s a financial decision, not an academic one, and the last government forced us to make it.

The logic of the recent funding regime is that only those areas that attract a lot of students and are considered valuable according to non-academic, often commercial criteria receive adequate funding. Everything else is slowly being starved to death. We lost Egyptology in the early 1990s. No faculty member regularly teaches Old English, medieval German or medieval French language/literature at the University of Alberta. By lucky chance we still have one colleague in Middle English (Chaucer) and one in Old Norse (sagas). When I arrived at the UofA in 1993, ten colleagues taught medieval languages and literatures. We offer one or two courses a year in British history; we used to offer 20. Canadian history offerings have shrunk by half in ten years. These are just a few of the areas that have been hollowed out by funding cuts. Much the same is true across the Faculty of Arts.

The Faculty of Arts, with help from local Jewish leaders, has reached out to Jewish donors in Edmonton to gauge interest in funding a chair in Jewish studies. There was, essentially, no interest. I understand: there are many other Jewish initiatives competing for funding, including Beit Horim, a new JCC, etc.  But I am not sure that this is primarily the responsibility of the Jewish community in any case. Christians and Muslims have as much reason to want to learn about ancient Judaism, say, as the few Jews who end up at the UofA. In fact, the vast majority of our students in Jewish studies of whatever kind have always been non-Jews. Logically, those are the communities in which to ‘fund-raise’ for a position in Jewish studies — not via appeals, but via general tax revenues

The fundamental problem is that small-enrolment areas are being bled dry by constant funding cuts to the post-secondary system. They are, of course, the logical place to start cutting when the money dries up. But that does not make such cuts good policy. I am turning to the Jewish community of Edmonton not to ask for money to fund a chair in Jewish studies, but to ask for your ideas, proposals and suggestions, and especially to ask for your support. Pressure on the university or government simply to hire in Jewish studies is NOT what we need — it’s unfair and it won’t help anyway. We need your support to rebuild a research university that values small areas like Jewish studies (or Egyptology, or medieval literature) for the value they bring to liberal arts education and to the community as a whole. That means avoiding lashon hara and cynical comments about the Humanities; it means telling your friends, family and MLA how important the University of Alberta is in general and how important it is to have Jewish studies in particular; it means helping to reverse the immense damage caused by huge cuts over the last five years. Edmonton’s Jewish community is small but punches above its weight. Here’s an opportunity for community action.

Andrew Gow, Ph.D. is a Professor of History and Director of Interdisciplinary Program in Religious Studies at the University of Alberta. He can be contacted with ideas and suggestions at agow@ualberta.ca