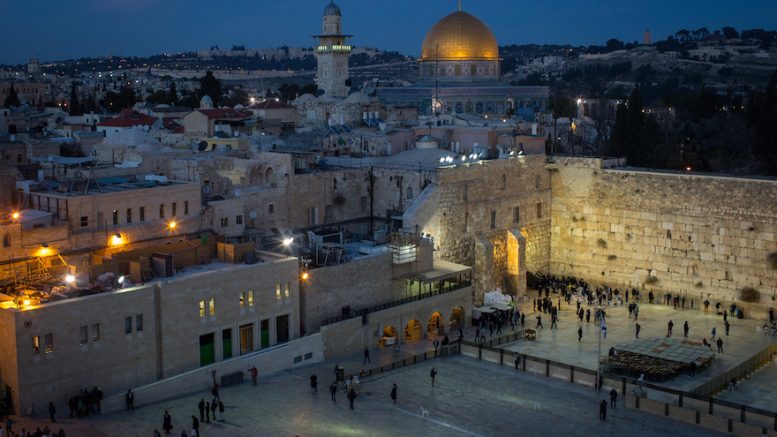 The United Nations Educational, Scientific, Cultural Organization’s World Heritage Council on Tuesday July 4, 2017 at its meeting in Poland passed a resolution submitted by the council’s Arab states rejecting Israeli sovereignty over Jerusalem. Ten countries voted for the resolution — a softened version of the original text submitted, reportedly due to pressure from Israel and the United States — with three opposed and eight abstaining.

Calling Israel the “occupying power,” the measure said the U.N. body “regrets the failure of the Israeli occupying authorities to cease the persistent excavations, tunneling, works, projects and other illegal practices in East Jerusalem, particularly in and around the Old City of Jerusalem, which are illegal under international law,” The Times of Israel reported, citing the resolution.

Unlike in previous years, the resolution stressed “the importance of the Old City of Jerusalem and its Walls for the three monotheistic religions,” and does not refer to the Temple Mount compound solely by its Muslim names, “Al-Aqsa Mosque/Al-Haram Al-Sharif,” instead calling it “a Muslim holy site of worship,” according to The Times of Israel.

A UNESCO resolution passed last October ignored Jewish ties to the Western Wall and Temple Mount sites. In May, UNESCO approved a resolution that called on Israel to rescind any “legislative and administrative measures and actions” it has taken to “alter the character and status” of Jerusalem and rejected the idea of a “basic law” in Jerusalem, based on a 1980 Knesset law, that implies the city is a single entity governed solely by Israel.

The UNESCO World Heritage Council is expected to vote on July 7 on a resolution that would declare  the Old City of Hebron — including the Tomb of the Patriarchs — a Palestinian World Heritage Site in Danger.

Nikki Haley, the U.S. ambassador to the United Nations, sent a letter on June 30 to U.N. Secretary-General Antonio Guterres and UNESCO Director-General Irina Bokova asking them to oppose the resolution on Hebron.

The resolution, in which the Palestinians claim that the Tomb of the Patriarchs and the Old City of Hebron are endangered by the Israeli occupation, needs a two-thirds vote to pass.

In her letter, Haley said passage of the resolution could undermine the Trump administration’s efforts to advance the Israeli-Palestinian peace process, Haaretz reported.

“The Tomb of the Patriarchs, which is sacred to three faiths, is in no immediate threat. Such a designation risks undermining the seriousness such an assessment by UNESCO should have,” Haley also wrote. “Many precious sites — from the Democratic Republic of Congo to Libya to Iraq to Syria — are under real and imminent threat of destruction today. They urgently demand UNESCO’s full and immediate attention, which should not be wasted on this sort of symbolic action.”