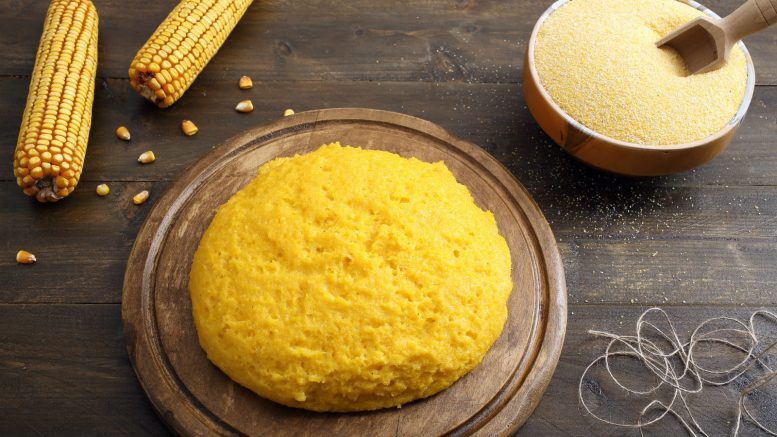 Back in the 1980s, when polenta was the hot new item on restaurant menus, I was eager to try it. I knew it was a traditional Italian dish, but it was foreign to everyone else, including me. I bought a package of cornmeal, began the preparation, and when it was done I realized I had been eating it all my life. It was the same dish Jonathan Harker ate before his encounter with Count Dracula in Bram Stoker’s novel, known in the American South as “cornmeal mush” and “pap” in South Africa. But I knew it as mamaliga, which had been a staple in my grandma’s Romanian kitchen.

Because mamaliga was such an essential in our lives, I didn’t realize that most of my Jewish friends had never heard of it. The hallways in the buildings we lived in all had the same familiar scents of Ashkenazi staples we all knew — chicken soup, challah, braising briskets, and roasting chickens. Shared values and menus.

Except when it came to mamaliga, which I learned was limited to those of us whose ancestors were from Romania.

While our family was dining on cornmeal mush, everyone else was eating kasha varnishkes, a dish I ate regularly only after tasting it at my future mother-in-law’s house (it was love at first bite).

It all has to do with geography, I think. Polenta/mamaliga is based on cornmeal, which had been unknown anywhere except the Americas, where corn is indigenous. Christopher Columbus and other Spanish and Portuguese explorers brought corn to western Europe and Africa, where it flourished. Cornmeal became a staple.

Turkish traders noticed corn grain in the markets of Africa and brought some “granoturco” back to Southeast Europe, including the region we now know as Romania, which then belonged to the Ottoman Empire. In 1692, a Romanian nobleman tried some, thought it worthy, and introduced it to Romania. It became the country’s national dish.

A few years ago I visited “the old country,” including the city of Lasi, where my grandparents were born, and laid stones on the graves of my great-grandparents who are buried in the one remaining Jewish cemetery (when my grandparents lived there, the city was about one-third Jewish).

Naturally we sampled mamaliga, which is ever-present on every restaurant menu. It’s usually served as a side dish, much like any starch, but in my childhood, my grandma, and later on my mother, served mamaliga in a multitude of ways, including our favorite, mamaliga cu branza si smetana – mamaliga with cheese and sour cream, served for lunch or as a side dish at dairy dinners.

In my own kitchen, I’ve learned that mamaliga is incredibly versatile. I’ve used it as a substitute for potatoes, noodles, and rice (complete with butter, sauce, or gravy). I’ve served it as a full meal, as a topping for brisket or chicken pot pie filling, with mushroom ragout, and with caramelized onions and cheese. I’ve even mixed it with molasses and cream to make a quick Indian pudding.

The leftovers are spectacular, too. In fact, in Romanian households they make extra mamaliga to pour into a loaf pan, let it firm up, and then cut slices to fry to crispy goodness. I’ve served fried slices of “Romanian toast” for breakfast, topped them with gravy or cheese for lunch, or with a fried egg for dinner.

It’s no wonder that the Romanians called dried ground corn mamaliga, a word that translates to “food of gold.” It’s a tribute not merely to the grain’s beautiful yellow color, but to its adaptability. Whatever you call it, this dish is an enduring winner and, as far as I am concerned, another treasure of the Ashkenazi kitchen.