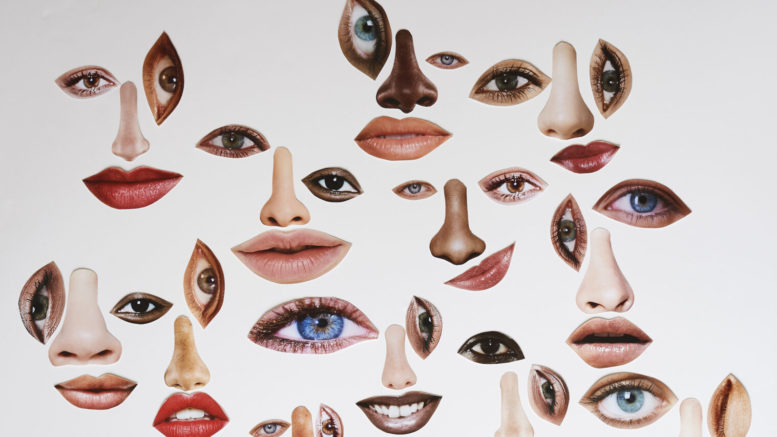 (JTA) — Actress and comedian Sarah Silverman, in comments on her Sept. 30 podcast, railed against the practice of casting non-Jews as Jewish characters in TV and films. She referred to the castings as “Jewface,” a play on the historically racist practice of donning “blackface.”

Silverman pointed to a series of Jewish women portrayed by non-Jewish actresses, including Rachel Brosnahan in “The Marvelous Mrs. Maisel,” Felicity Jones as the late Supreme Court justice Ruth Bader Ginsburg in “On the Basis of Sex” and Kathryn Hahn’s upcoming turn as Joan Rivers in “The Comeback Girl.”

“There’s this long tradition of non-Jews playing Jews, and not just playing people who happen to be Jewish, but people whose Jewishness is their whole being,” Silverman opined. “One could argue, for instance, that a gentile playing Joan Rivers correctly would be doing what is actually called ‘Jewface.’”

Silverman goes on to say that “if the Jewish female character is courageous or deserves love, she is never played by a Jew. Ever!”

Now, I’m not here to comment on whether Hollywood’s portrayal of Jewish women as being controlling, nagging or whiny is a problem (it is), nor to question the dubious wisdom of Silverman speaking out against “Jewface” and anti-Semitic misogynist tropes when she herself has flippantly engaged in racist portrayals of other ethnic groups, including herself donning “blackface,” without holding herself accountable.

Silverman’s own shortcomings aside, she’s not the originator of the problematic term “Jewface” nor the first Jewish woman to raise the issue. This is a valid discussion and problem to be discussed, which speaks to representation, who gets to tell their own stories and the very same “identity politics” that Silverman, ironically, finds to be “f–king annoying.”

However, what I find interesting is the centering of Ashkenormativity in the term itself, and the curious fact that the specter of “Jewface” has — without fail — only reared its head when white actors portray white Jews, and otherwise largely ignores when the characters or actors are non-white.

In a recent Twitter thread, I pointed out various Jews of color who have been portrayed on screen. Dr. Christina Yang of “Grey’s Anatomy” is Jewish. The actress who plays her, Sandra Oh, isn’t. Ato Essandoh isn’t Jewish, yet he’s played both Dr. Isidore Latham on “Chicago Med” and Kwesi Weisberg-Annan on “Away.” Luke Youngblood isn’t Jewish, but Sid from “Galavant” is. Where is the dialogue and outrage about “Jewface” in those cases?

(Interesting aside: While Tracee Ellis Ross’ character on “Black-ish” isn’t Jewish, the actress is, and the actors who play her siblings are also Black and Jewish: Daveed Diggs and Rashida Jones.).

Silverman isn’t alone in erasing Jewish women of color, or implying that when we say “Jewish” we mean white and Ashkenazi.

Too often, white Jewish women are cast as Jews when playing comic relief or Jewish Mother stereotypes (thanks Philip Roth), and too often aren’t seen as desirable or bankable when it comes to playing Jewish heroines, protagonists or historical figures. Yet on the flipside, actresses like Tracee Ellis Ross, Rashida Jones, Maya Rudolph, Tiffany Haddish, Laura London, Zoe Kravitz, Lisa Bonet, Sophie Okenedo and Jurnee Smollett are seen as attractive, strong and lovable, but only as black women, not as Jews.

Even fictional characters are subjected to this bifurcation of identity. Jewish-but-not-Black actress Jenny Slate famously stepped down from the role of voicing the Black and Jewish character of Missy Foreman-Greenwald on “Big Mouth,” yet her replacement, Ayo Edebiri, is Black but not Jewish.

However, judging from the replies to my Twitter thread, instead of engaging holistically in the conversation about which aspects of identity and Jewish representation are important, the mainstream American Jewish community would rather do anything but acknowledge Ashkenormative centering.

In my original thread, I apparently made the egregious mistake of off-handedly mentioning that a significant contingent of Jewish “Star Trek: The Next Generation” fans (see this podcast  and this article) considers the possibility that the Klingon officer Worf is Jewish. Which do you think generated more dialogue: the general issue of “Jewface” ignoring Jews of color, or whether or not Worf’s parents were coded as Ashkenazi or Russian?

One commenter declared that Dr. Christina Yang “barely identified” as Jewish, despite the character’s famous line of “I’m Jewish. I know food and death” and her frequent habit of giving detailed explanations of Jewish ritual and tradition to her co-workers. (Meanwhile, the white Jewish characters on “Friends,” Ross and Monica Geller  —with three mentions of Chanukah and a bat-mitzvah rap between them — and Rachel Green — whose Magen David necklace makes one appearance — somehow escape the branding of “barely identifying” as Jewish. Also curiously, Ross and Monica, whose mother is not Jewish, are considered “real” Jews by fans who might otherwise question the Jewish authenticity of certain Jews of color. An interesting double standard.).

The additionally problematic layer to this dialogue is how in too many Jewish communities “blackface,” “brownface” and “yellowface” frequently raise their head — whether in acclaimed and historic pieces of Jewish representation such as “The Jazz Singer,” or in costumes seen every year during the holiday of Purim. The term and debate around “Jewface” (as opposed to simply referring to the practice as “whitewashing”) comes off as not only performative, but also derails what is a larger and more important conversation about what it means to “look,” represent and simply be Jewish.

None of us will be correctly cast until all of us are correctly cast .
The views and opinions expressed in this article are those of the author and do not necessarily reflect the views of JTA or its parent company, 70 Faces Media.