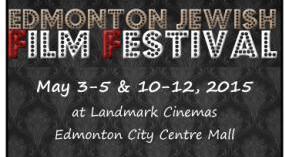 It’s effectively spring in Edmonton. When tell-tale traces of snow can only found in deep ravines in the river valley, when the patios of Whyte Avenue and Jasper Avenue start to buzz, it means the city is on the cusp of an annual rebirth. This buzz extends to the Jewish community as well, with exciting programming such as the recent Festival Hatzafon and the upcoming 2015 edition of the annual Edmonton Jewish Film Festival! The fact that this initiative in support of Edmonton Partnership 2Gether (P2G) has flourished to the degree that it has, is a testament to the support for the EJFF that comes from not only the Jewish community, but from people of all stripes.

As North American Jewry, we are diverse in our origins, sense of affiliation and cultural or religious identification. This should come as no surprise, indeed this diversity has allowed for our broad Jewish cultural tapestry to enrich the lives of others in ways that speak to them. As communities seeking to engage with our members in meaningful terms, Jewish film festivals, with their broad array of programming options, have flourished. From Toronto to Memphis, Jerusalem to Minsk, and here in Edmonton, communities have identified the impactful power of Jewish film.

The 2015 Edmonton Jewish Film Festival, which will run in early May at the Landmark Cinemas 9 City Centre theatre, is the latest culmination of a project that has grown year-on-year with the fantastic turnout and enthusiasm that encourages us to seek new ways to engage Edmontonians with Jewish film. From May 3-5 & 10-12, as EJFF attendees flip through the festival program, they’ll notice our fantastically loyal Jewish sponsors who generously support the festival, as well as an increasing number of advertiser-supporters from the broader community as well. This is a festival that is coming into its own, and people are taking notice. In this issue of the EJN you’ll spot our poster, highlighting our fantastic slate of films, with a great mix of drama, comedy and documentary features. We are particularly excited to showcase the award-winning documentary film Above and Beyond, which chronicles the early Israeli Air Force in the 1948 War of Independence, with a focus on the foreign servicemen and servicewomen who came to aid the nascent State of Israel. As our opening night film, we are pleased to welcome Roberta Grossman, director of Above and Beyond for a special in-person Q&A after the screening. For more information about the EJFF, including write-ups and to purchase tickets, visit www.jewishedmonton.org/filmfest. Click here to watch the trailers for the films being screened May 3-5. 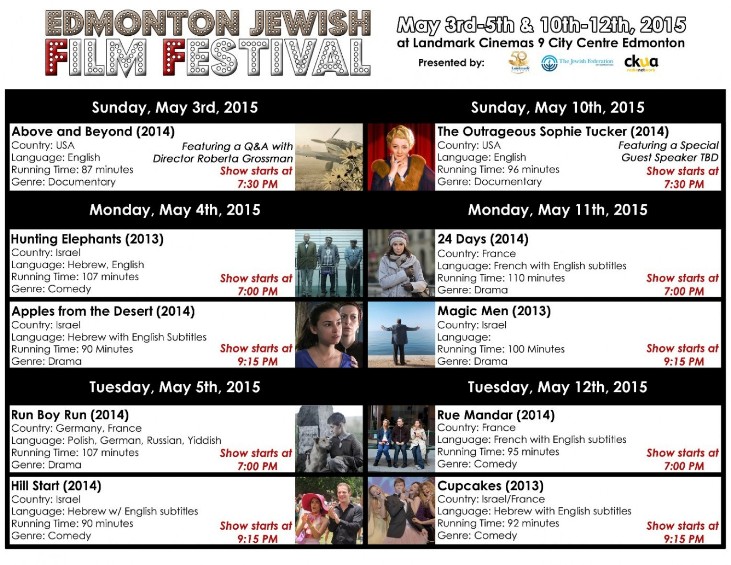 The Partnership2Gether peoplehood platform (previously known as Partnership 2000) connects some 500 communities around the world in 46 partnerships. P2G is building living bridges among these communities – sharing ideas, strengths, challenges, and models of success.

P2G has become the paradigm for successfully partnering global Jewish communities directly with Israeli communities—the majority of which are in national priority areas. Communities share ideas, strengths, challenges and models of success; and empower one another to generate waves of change. But the impact of these projects goes far beyond the community level—each of us has the opportunity to become directly and personally involved.

About our partnership region:

Located along the confrontation line on the Lebanese border, just steps away from heavy fighting during the 2006 war against Hezbollah, the Galilee Panhandle region knows what it’s like to be under threat. At the same time, with a predominance of small communities and its location in the northernmost part of Israel, the Galilee Panhandle faces the great challenge of providing its 50,000 residents with social, educational and employment opportunities.

Communities in the Coast-to-Coast Israel Partnership include: