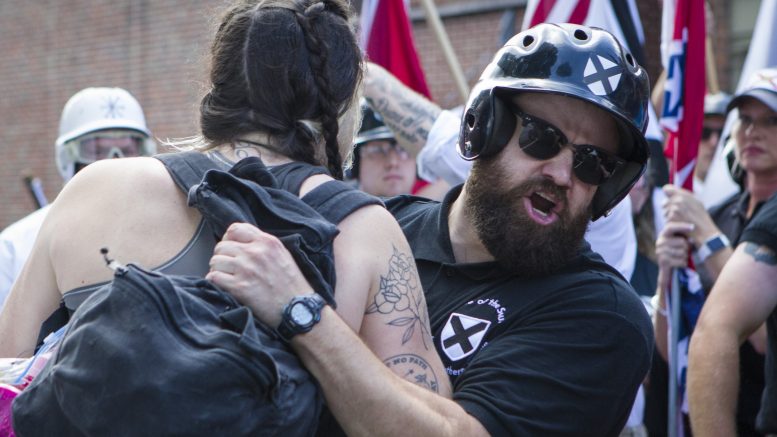 by Jonathan A. Greenblatt

NEW YORK (JTA) — Every year, extremism takes a deadly toll around the world. No region is immune — not the Middle East, not Europe, and not the United States. In 2018, there were at least 50 Americans killed by extremists from different movements.

Many of the victims were Jews. Eleven members of the Tree of Life synagogue in Pittsburgh lost their lives in October at the hands of a vicious white supremacist convinced that Jews were engineering mass immigration of non-whites into the U.S. Blaze Bernstein, a young gay Jewish man, was murdered in California last January by a former classmate who allegedly was a member of a violent neo-Nazi group. And five of the 17 victims of Parkland school shooter Nikolas Cruz, a budding white supremacist, were Jewish.

But Jews were hardly the only victims of deadly extremist violence in 2018.

Just months before the Tree of Life shooting, another Pittsburgh white supremacist was charged with stabbing an African-American man to death while on a quest to visit bars and repeat the “n-word” until being kicked out. In November, Scott Beierle opened fire at a Florida yoga studio, killing two and wounding four others in an apparent spree of misogynistic violence.

In 17 different incidents across the country last year, people lost their lives to extremists. Some attacks were ideological in nature, others personal; for a few, the motivation remains murky. The 50 deaths topped the 37 individuals killed by extremists in 2017 and made 2018 the fourth-deadliest year on record for domestic extremist-related killings since 1970.

Largely absent from this list of killers were extremists motivated by radical interpretations of Islam. Only one of the 50 murders had any connection to Islamist extremism — and even then the perpetrator  had ties to white supremacy. In 2018, the U.S. was thankfully spared the mass murders by Islamist extremists we’ve seen in recent years.

To be clear, there were Islamist-inspired terrorist plots and people arrested on charges such as providing support to such individuals. And we have seen real challenges from this type of violence abroad. However, it is a reminder about the unfairness of peddling anti-Muslim bias or making hysterical claims about faith-based extremists grounded in fiction rather than fact.

And yet these statistics communicate a clear message that the U.S. must pay more attention to dangers posed by domestic right-wing extremism — without neglecting the genuine need to prevent all forms of extremist violence. There are more than a dozen active right-wing extremist movements in the U.S. that are violent, such as white supremacists, anti-government sovereign citizens and militias, and anti-Muslim and anti-immigrant extremists.

The fact is right-wing extremists collectively have been responsible for more than 70 percent of the 427 extremist-related killings over the past 10 years, far outnumbering those committed by left-wing extremists or domestic Islamist extremists — even with the sharp rise of Islamist-extremist killings in the past five years.

These murder statistics send us a clear message: Right-wing extremist violence needs to be addressed. It will not go away on its own. Indeed, as our Center on Extremism has documented, the white supremacist movement is growing. The Pittsburgh synagogue shooting in October was a reminder of what can happen when anti-Semitism, a key ingredient of white supremacist bile, is left unchecked. If we want a safe society for Jews and all Americans, we must address this problem.

Extremist, right-wing violence is a problem that can be addressed. Congress should ensure that the executive branch is tracking and focusing on domestic terrorism through legislation like the Domestic Terrorism Prevention Act. The federal government should collect data on domestic terrorism and provide for training for law enforcement on best practices.

Hate crimes laws can also be improved. Five states still don’t even have a hate crimes law on their books. Many other states have significant gaps or weaknesses in their laws.

We also need to address our broken hate crimes reporting system because it is woeful. Hate crimes are significantly underreported to the FBI because of victims not coming forward or by law enforcement agencies failing to report hate crimes. This, too, must be addressed.

We can and must do more to counter this growing threat of extremism. We can promote anti-bias and civic education programs. We can promote programs within communities to counter extremist propaganda and recruiting. We can help educate the technology sector about the need to combat hate and extremism on its platforms.

We can’t solve extremism. But there is so much more we should do to make sure the people who died at the hands of extremists in 2018 — and those who died before them — did not perish in vain. We can do better.

Be the first to comment on "Right-wing killings eclipsed all other extremist-related murders in 2018. The numbers don’t lie."