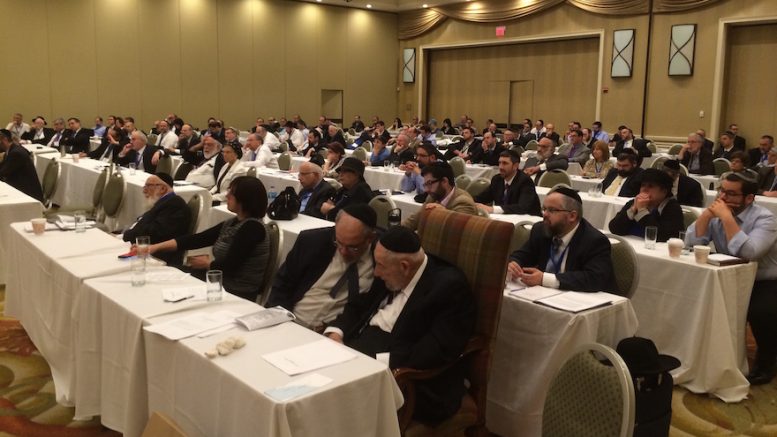 The Rabbinical Council of America at a 2015 Annual General Meeting.

(Dec. 12, 2016) – The Rabbinical Council of America, the leading organization of Orthodox rabbis in North America, today released a resolution, passed by direct vote of its membership, reiterating its care and concern for converts to the Jewish faith. The resolution notes that the Torah explicitly and repeatedly expresses great sensitivity and concern for the welfare and wellbeing of converts who may lack the social networks other community members often enjoy, and who may face great challenges integrating into Jewish communities.

The resolution calls upon rabbis, schools and communities to offer support to those in the process of conversion, as well as those who have already converted, such as Shabbat and Holiday hospitality, and general concern for their integration into Jewish communities. The resolution demands that religious institutions and communities not discriminate against converts and their descendants in any manner, and urges that they respect the convert’s relationships with their non-Jewish relatives, and their privacy, which includes not exploring their past or questioning their motives. The resolution emphasizes that “questions relating to the validity of conversions are the exclusive domain of relevant rabbinic authorities.”

The Rabbinical Council of America, with national headquarters in New York City, is a professional organization serving more than 1000 Orthodox Rabbis in the United States of America, Canada, Israel, and around the world. Membership is comprised of duly ordained Orthodox Rabbis who serve in positions of the congregational rabbinate, Jewish education, chaplaincies, and other allied fields of Jewish communal work.