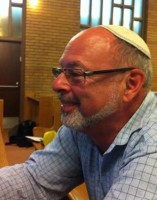 As I begin to think about Pesach, the Arab world is in utter turmoil and the Israeli electorate has again thrown its support behind Benjamin Netanyahu and his Likud party.  This support reflects two things important to Israelis and the reality behind those two things in Israeli decision-making.  First, Israelis believe Netanyahu when he tells them that Iran is gaining power throughout the region, it wants to achieve nuclear weapons production and it wants to use its power to crush Israel.  Israelis also see plainly that the Palestinian Authority long ago gave up on the idea of negotiating a peace with Israel, instead trying unilaterally to achieve status as a “recognized nation” among nations. Israelis know too well the folly of major unilateral decisions. The Gaza/Hamas mess resulted from Israel unilaterally withdrawing from Gaza, without first negotiating what would happen in the aftermath of that withdrawal.

All of these challenges are real.  Iran is a danger, the Arab world is increasingly unstable and the Palestinian Authority is not interested in negotiating any peaceful resolution to its conflict with Israel.  The more significant reality, however, is the fear that Israelis have of those difficult challenges. Their fears lead them to support policies which make them feel safer, but which in the end help make peace negotiations an unlikely result.  Israeli fears led their government to erect barriers and check points to screen Palestinians entering or leaving Palestinian territory.  It led to the building of an enormous security fence to keep Palestinians out of Israel.  It led to collective punishments including the destruction of houses belonging to the parents and relatives of someone who acted violently against Israel.

All these policies make Israelis feel more secure, but in reality make them less so, because it makes the possibility of finding a negotiated peace with the Palestinian Authority almost impossible.  It also lessens the ability for any Palestinian to relate to Israel as a negotiating partner rather than a hated power that constantly humiliates and degrades them.

On election-day, Netanyahu warned Israelis that “The Arabs are coming to vote in droves.” Most leaders should want all their voters to come out in droves, but Bibi was utilizing fear to increase the odds that Jews trying to decide how to vote would vote for him out of fear.

Fear is our greatest enemy, when it turns us from our basic values of tzedek tzedek tirdof, “Righteousness, righteousness you shall pursue.”  Pursue act righteously, even to your own detriment.  Fear is our greatest enemy when it leads us to separate ourselves from those we must bring closer and get to know better if we ever want to understand each other enough to arrive at a settled agreement.  Fear, like sin and like the leavening of hametz we try to clean our homes of for Pesach, froths and multiplies and ferments until it generates distrust, hatred and anger  –  a very combustible mixture.

When our people left Egypt, the Torah says, “G-d did not lead them by way of the land of the Philistines, though it was close, for G-d said, ‘The people may have a change of heart when they see war and return to Egypt.’”  The word for Egypt in Hebrew is Mitzrayim.  It means “straits” or “woes.”  Whenever we feel attacked, we tend to retreat to what we think of as the close, narrow place of refuge. Fear drives us right back to Mitzrayim, back to the spiritual slavery we learned and tolerated there.  Let us turn from fear and retribution and revenge to getting to know each other.  Not doing so will leave us in Egypt with no sea of salvation to cross.

As we celebrate our people’s Exodus from Egypt, let us pray that we can leave behind us the “straits” of fear that lead to human hatred.  Instead let us take up the wisdom to speak of the land and the destiny we share and let us afford each other something of what the other needs without sacrificing what we need.  May Pesach lead us all out of the narrow confines of our fear and into a risky future, but one in which seas may be crossed and the promises of our land and the promises of our vision gained.  Begin by getting to know a Palestinian.  In fact, you might even begin by inviting a Palestinian to share the Pesach Seder with your family.