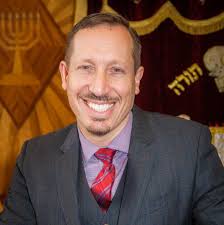 On behalf of our community, I want to take this opportunity to wish a hearty mazaltov to Prime Minister Netanyahu on his re-election.  No matter what one’s personal political bent, I cannot stress enough how vital it is for every Diaspora Jew to support the sitting government of the State of Israel and to advocate on behalf of Israel, even if one does not personally agree with a particular policy.

Just prior to the Israeli elections, the prime minister made a couple of provocative remarks, including that he would not be pursuing a two-state solution and that Jews should make sure to vote, since the Arabs were coming out to the electionsen masse.   Many accused him of ‘racism’ for his comments but that was far from his motivation, G-d forbid.  Indeed, following his victory, he changed his stance vis-à-vis a potential Palestinian state.  While much of the media attributed this change of mind to his relations with the US, it in fact had nothing to do with the US and everything to do with the Arabs.

At this time of year, I’m often asked the question whether one may invite non-Jews to the Passover seder.  The general view that many seem to recall is that non-Jews should not be at the seder and mistakenly attribute this position to something unique to Passover.  The truth is, it has nothing to do with Passover.  The reason we generally don’t invite non-Jews to a seder is because of the difference between Shabbat and Yom Tov.  On Shabbat, we are forbidden to cook, and so all cooking must take place prior.  On Yom Tov, however, we may cook food that we ourselves require for the festival, but nothing additional.  Since inviting non-Jews would necessitate additional cooking, it is problematic to invite non-Jews on any Yom Tov, not just Passover.  In contrast, one may always invite non-Jews to a Shabbat meal, since you cannot cook anyway.

As it turns out, this year, first night Pesach is Shabbat and so there is absolutely no problem whatsoever inviting non-Jews to the seder, from a halachic (legal) perspective.   The problem arises only in the minds of many people in terms of the message of the seder.   As opposed to most other religions, Judaism preaches that G-d loves all His children, no matter their belief system or nation.   That’s why, for example, when we mention the plagues, we spill a little wine to remember that G-d’s Egyptian children suffered.  The Jewish people, however, are G-d’s chosen nation.  When He redeemed us from Egypt and brought us to Mt. Sinai, He made a special covenant with us.   And that’s the overarching message we are conveying to our children on Passover.  If you can say that unabashedly with non-Jews at your table, then go ahead, don’t be shy to invite them.  If you feel awkward telling your children that they are part of the chosen nation while non-Jews are present, then even though it’s Shabbos, you probably shouldn’t invite them.

And that, sadly, is what makes many Jews today uncomfortable with Prime Minister Netanyahu’s position vis-à-vis the Arabs.   When Bibi saw how well they had fared in the elections, it suddenly hit him: if there was but one state and all the Arabs in Judea and Samaria were to vote in the national elections for the State of Israel, they could very well garner the largest number of votes, while we Jews continually split our vote amongst multiple parties.  (You know, two Jews, three opinions!)  And that would allow them to form government and tamper with the Jewish character of the State of Israel.  That’s scary.  For thousands of years, our people had no security – we were exiled from one country to another.  Now, we finally have our own country; we’d better take care that we don’t vote ourselves into the Mediterranean.

That’s not racist; it’s common sense.  It’s not easy to juggle a State of Israel that is committed to being a Jewish state and a democratic state.  But it’s the same balance that we are constantly striving to strike between our universalistic values oftikun olam and our particularistic values of our uniqueness as the Jewish people.  Once we become ashamed of that distinction, G-d forbid, we lose the focus of our Passover celebration and ultimately, we are at a loss when our kids ask why they should marry Jewish.

This Passover, invite your non-Jewish friends to your seder.  Trust me, if they are religious in their own right, they are not embarrassed to tell their children that they believe that G-d has a special place for them.  So don’t be embarrassed to tell your children that G-d has chosen us.  Your non-Jewish friends won’t feel uncomfortable; they will respect you for your convictions.  And you will inspire your children never to be afraid or uncomfortable with their Judaism and you will merit sharing the story of Passover with your Jewish children, grandchildren, and great-grandchildren!