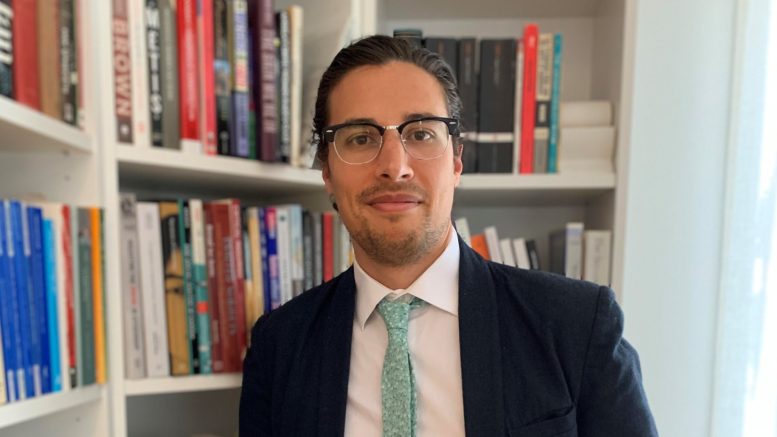 By Donna McKinnon, University of Alberta

(UAlberta.ca) – A new infusion of funds thanks to a generous donation from the Jewish Federation of Edmonton, in partnership with Irving and Dianne Kipnes Foundation, and the Belzberg Family Foundation will ensure that Jewish studies at the University of Alberta will continue in perpetuity.

The Hebrew Bible and related Judaism courses have been taught at the university for many years, but with the retirements of professor Ehud Ben Zvi in 2014 and professor Francis Landy in 2015, the future of these foundational courses in Religious Studies lay in question.

As a small but interdisciplinary program, Religious Studies has faced numerous challenges over the years. It is broadly acknowledged, however, that the study of Judaism is essential to a serious and robust Religious Studies program.

With the support of members across the Arts community and a significant contribution from Sam and Frances Belzberg, the Belzberg Professorship in Jewish Studies was established.

On July 1, 2018, Peter Sabo, who earned his PhD in Religious Studies in 2017, was appointed the inaugural Belzberg Lecturer for a five-year term.

Beyond this term, however, lay uncertainty until this year when a generous gift from the Jewish Federation of Edmonton, in partnership with the Irving and Dianne Kipnes Foundation, ensured the sustainability of the newly re-named Belzberg Family and Jewish Federation of Edmonton Professorship in Jewish Studies, as well as the uninterrupted development and delivery of related Jewish studies courses at the University of Alberta.

“I am overwhelmed by the positivity and continued contributions from people in the Jewish community, and by the students who come to my classes,” says Sabo. “These core courses in Jewish studies will continue to be taught, and that’s really good news.”

Sabo teaches Introduction to Biblical Hebrew I and II, as well as Introduction to Judaism as part of the Religious Studies program in the Department of History and Classics. The five key areas of focus include: introduction to and analysis of Judaism; Hebrew Bible studies; biblical Hebrew; history of Jewish peoples, culture, and society; and special topics, as appropriate. The courses promote an understanding and knowledge of Judaism and Jewish culture in secular and non-sectarian settings. In the current state of divisiveness and polarization—the secular study of religion has never been more important.

Sabo’s approach to teaching and to his own research is both literary and psychoanalytical, examining the bible’s influence on contemporary culture, politics, and identity.

“The study of the Hebrew Bible is fundamental not only to an understanding of Judaism, but also Islam, Christianity, and the entire history of western civilization,” he says. “Its influence cannot be overstated.”

“You can’t just have a course here and there, and then expect people to enroll in it,” he says. “You need to have this course offered year after year, as well as the upper level courses for students who want to take their studies further.”

With Jewish studies now firmly rooted in the Faculty of Arts, the future looks bright. As the endowment grows, additional funds will be used for curriculum development, student enrichment, community outreach, and other supports.

“Without the commitment, vision, and generosity of our community partners, the reinvigoration of Jewish studies would have been very difficult to achieve,” says Steve Patten, Interim Dean, Faculty of Arts.

“The comparative study of religion is vital for an understanding of contemporary society, culture, and politics, as well as for the history of ideas and the human quest for meaning. Within this complexity, we seek points of connection—a crucial step in our continuation and progression as a society.”

This article is reprinted from ualberta.ca.