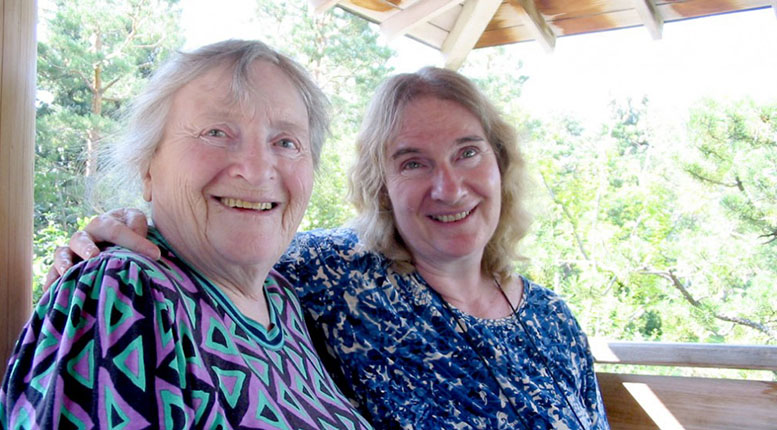 (AJNews) – A University of Lethbridge literature professor has won a national Jewish literary award for a translation of her late mother’s book of Yiddish poetry and essays, her second such honour in the past year.

Goldie Morgantaler, a Yiddish translator by trade who teaches 19th century British literature at U of L, will accept the J.I. Segal Award for her translation of Chava Rosenfarb’s Confessions of a Yiddish Writer and Other Essays at an online reception on November 12, organized by Montreal’s Jewish Public Library. Last year, Confessions received the Canadian Jewish Literary Award.

Morgentaler said it was important to her to get Rosenfarb’s work out to a larger, English-speaking audience.

“My mother is a writer who really should be better known than she is,” said Morgantaler. “The reason she’s not better known is because she wrote in Yiddish and so was dependent on someone like me to translate her in a language more people can read.”

Rosenfarb spoke English fluently, but writing in a language is a different beast than speaking it, so Morgentaler would always provide a second eye to go over her mother’s English drafts.

In the world of Yiddish literature, there’s been a history of downplaying the work of female writers, which has been slowly rectified in more recent years. Morgentaler says this collection is a microcosm of that rectification.

The book delves exentensively into Rosenfarb’s personal testimony of the Holocaust, having survived the Lodz ghetto, Auschwitz and Bergen-Belsen, but includes separate sections of Rosenfarb’s literary essays, as well as two travelogues based on her journeys to Australia and the Czech Republic.

Morgentaler says her mother’s experience in the Holocaust “followed her everywhere.”

“The essay on Australia is lighter in tone than the other essays,” says Morgentaler. “On the other hand, she’s saying that she’s going to Australia to visit the Jewish community there and that’s a community that is made up of survivors who could not get far away enough from Europe.”

Unlike in Canada, there is a significant portion of Australian Jews who still speak Yiddish, she added.

“My friends were, like me, the children of Holocaust survivors, so for them too Yiddish was a mother tongue, and we all learned English together at school,” Morgantaler says. “In the early days of the 20th century, most Jews didn’t learn French. They spoke Yiddish.”

Growing up in 1950s Montreal, Morgentaler went to a labour Zionist school, where students were taught English, Yiddish, Hebrew and French. She says her Hebrew-language skills are easily the weakest of the four, since everyone she knew in Montreal spoke English, Yiddish and French.

“My parents were happy for me to learn Hebrew, but there was a lot of animosity between the Bundists (socialists), who were my parents, and the Zionists in Europe before the war. To some extent, that carried over into my childhood and early youth,” she said. “I think that’s another reason I forgot my Hebrew, but we were taught it very extensively.”

Morgentaler says that since there’s been so much written about the Holocaust already, providing additional documentation for future generations wasn’t a major motivation for this translation.

“I really was more motivated by the idea that I wanted my mother’s work to be known,” she said.