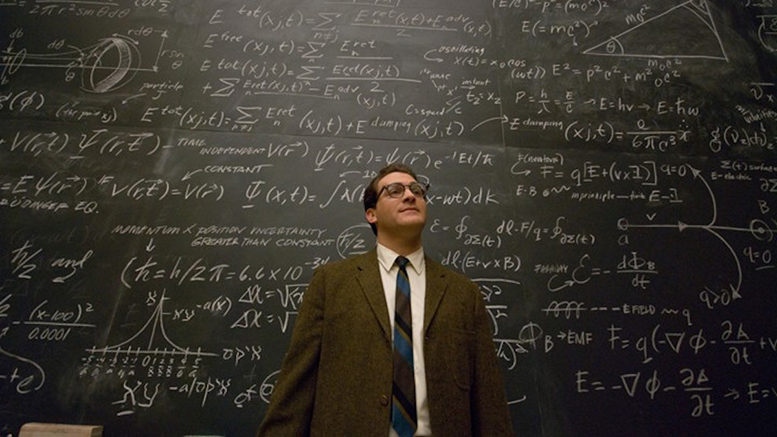 (ALMA via JTA) – In many ways, my Yom Kippur resembles that of other Jews: I fast, I attend synagogue, and I consider how to improve myself.

But one of my other rituals goes a bit off-book. Between synagogue and break-fast, just when hunger is starting to gnaw at me, I watch the 2009 film A Serious Man by Ethan and Joel Coen. This coming Yom Kippur will be the fourth time I’ve faithfully followed this tradition.

This extremely Jewish movie is great for any time, but it’s particularly fitting for Yom Kippur because it asks hard questions and focuses on the importance of ethics and finding a greater meaning in what happens to us, or what we bring upon ourselves.

The film opens with a cautionary fable devised by the brothers themselves. It’s the dead of winter in a 19th-century Eastern European shtetl. A man, Velvel, has just returned home in a snow storm after the wheel of his cart fell off, and luckily his friend Reb Groshkover was there to help him. Velvel’s skeptical wife, Dora, tells him this is impossible; Groshkover died three years ago. She insists Velvel saw a dybbuk, a malicious spirit. At that very moment, Groshkover knocks on their door because Velvel had invited him over for food. Dora insists he’s a dybbuk, and stabs him with an ice pick.

This prologue sets an ominous mood for the rest of the film, which takes place in suburban Bloomington, Minnesota, 1967. Protagonist Larry Gopnik (Michael Stuhlbarg) is a physics professor who helplessly, haplessly witnesses his life deteriorate: His wife (Sari Lennick) wants a divorce seemingly out of nowhere, he’s forced out of his home, his brother (played by the phenomenal Richard Kind) faces run-ins with the law, he has money troubles. Larry’s not exactly sympathetic, however. He’s oblivious to the petty stuff, like his teenage son’s weed habit, as well as meatier things. For instance, his wife intimates that she’s been bringing up her problems for years. Larry has much mishegas, but no clue where they come from.

His refrain throughout the movie is, “But I didn’t do anything!” He believes not only that he’s not responsible for his misfortunes, but that he truly did nothing to deserve them. This element brings me back to the film each Day of Repentance: Larry is a victim of his own ignorance, oblivious, sniveling, self-pitying. He doesn’t see that his inaction and lack of involvement in his own life creates space for trouble, inviting in the proverbial dybbuk. There’s a lot to be learned from Larry on how to do better.

Maybe I’m being too down on Larry; nobody’s perfect, and self-pity and fearful confusion are human experiences. In fact, the film is extremely human and secular. Many critics interpret Larry’s story as a modern take on the Book of Job, as the protagonist encounters one misfortune after another. But it’s never clear that Larry’s faith is being tested, and it’s completely ambiguous whether some uncanny events have any meaning. Sure, perhaps Larry’s faith is being tested — there’s an argument for that in the film — but maybe the universe is also just full of inexplicable coincidence and nothing has any meaning. The film reads as agnostic at best, and nihilistic at worst.

That ambiguity is another element that keeps bringing me back. The uncertainty of whether anything has meaning (at least in the movie’s context) is terrifying, but also is sort of the best we can get. I wonder what Larry’s Yom Kippur, before and after the movie’s timeframe, looks like. He believed he did nothing to deserve his suffering. Maybe in the coming Yom Kippur he’d repent extra hard. The fact is, shit happens, and there’s not always a clear reason for it.

I don’t especially see myself in Larry or any of the characters, but I see my experience reflected. The viewer becomes as invested in finding answers as Larry, and feels equal frustration when a potential answer is a dead end. The movie appeals to the cynic in me, the part of me that revels in the universe’s randomness, even relishing its dark humor, but it equally enraptures my inherent hopeful side, the side constantly seeking meaning. We’ve all had uncanny experiences that must be a message from the universe… or is it?

Leaving behind the existential questions, I also want to note this film is stylistically bizarre and hilarious. It nails a particular stereotype of Jewish culture set against a campy ‘60s backdrop. Hebrew school is grueling and taught by double-chinned fogies hacking up phlegm. Larry’s wife, Judith, has a non-physical affair not with a hunk but the homely intellectual Sy Abelman (Fred Melamed). There’s a requisite, self-effacing conversation about how Larry will get through tough times because the Jews are a tough people.

I love everything about this movie, from its meaning (which I still question all the time) to its execution. The first time I watched A Serious Man, it left me baffled, frustrated, and mystified. It’s full of questions and offers no answers, and refuses to take a hard stand on anything blurry. (Even on the film’s IMDb page, Groshkover’s role is called “Dybbuk?”)

And so year after year, I reexamine this film as if it’s the Torah. I watch it anew, hoping to notice something more and gain clarity. And each year I do — not in finding answers, but in better understanding the purpose of the questions.

Elana Spivack is a writer based in New York City. She has been published on McSweeney’s Internet Tendency, and her work has been adapted for the stage by the Jewish Women’s Theatre in Los Angeles.

Be the first to comment on "My Yom Kippur Tradition is watching ‘A Serious Man’ along with fasting and synagogue, it’s the perfect ritual for the Day of Atonement."