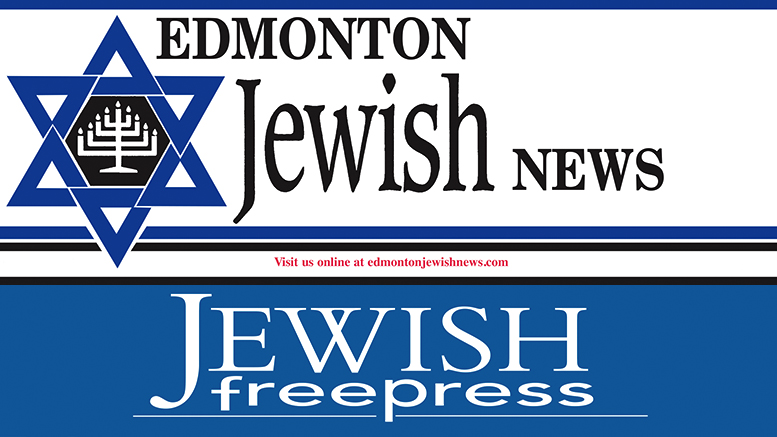 (January 3, 2020) – Jewish Free Press and Edmonton Jewish News have come together to bring a more cohesive and comprehensive news media to the Jewish communities of Alberta.

Building on the 30 years solid foundation that Judy Shapiro and Richard Bronstein built with the Jewish Free Press in Calgary and that Deborah Shatz and Daniel Moser built with the Edmonton Jewish News, a rebranded Alberta Jewish News will now provide a platform for both communities.

The Alberta Jewish News will have a soft launch in January 2020 with a grand opening expected in February. The first combined edition will be printed on January 30, 2020. Holiday editions will remain separate with a Calgary edition reaching the Calgary community and an Edmonton edition reaching Edmonton.

The rebrand was announced in the December 20 edition of Jewish Free Press in “A love letter to the Calgary Jewish Community” by Richard and Judy.  The power couple described a bit about the history of the JFP and thanked the many people in Calgary who helped make the paper an integral part of the community.

“So, we are glad to say that there will continue to be a Jewish newspaper in Calgary. We have sold the assets of our business to Deb Shatz and Dan Moser, the mother and son team who publish the Edmonton Jewish News. This Chanukah edition will be our last. Deb and Dan will begin their journey with an edition in January.

“We’ve gotten to know them both over the last few months and even got the good word from our daughter Talia who went to Camp BB-Riback with Dan. We know them to be honest and hard working. They share our passion for creating a publication that supports Jewish community building. And Dan has the smarts and energy to create a full digital presence.

“It’s not going to be easy for them to bring the two newspapers together while still maintaining the strong identity of each city, so give them some room and please show support.”

Edmonton Jewish News is a treasured institution, well known and highly popular with all organizational groups and individuals, as part of the Edmonton Jewish Community.

“Our challenge will be to establish legs on the ground in Calgary so we can cover all the important events that take place in the Calgary Jewish Community,” said Shatz.  “Calgary voices are vital, and we are looking forward to hearing and providing a solid platform for them in addition to the amazing community in Edmonton.”

Deb Shatz has been an active member of the Edmonton Jewish Community since the 1970s and involved with the Edmonton Jewish News since 1990. She also has strong ties to the Calgary community; she attended the Calgary Hebrew School and had her Bat Mitzvah at Beth Tzedec. She worked many summers at Day Camp Atid and winters at the Sunday gym and swim program before the JCC was built. Her father, Harry Shatz was Executive Director of the Jewish Community for over 20 years and he was in fact the first editor of the Calgary Jewish News.

“The fact is that my whole childhood revolved around the Jewish community of Calgary. My sisters and I attended every event and in our formative years, we worked for the community wherever possible.

“A strong, vibrant Jewish community is important to me,” noted Shatz, “and we’ll work hard to continue to build on the solid foundation that Richard and Judy have developed – one that reflects our energetic Alberta Jewish community.

Editor Dan Moser brings the perspective of young leadership into the mix. He explained that a print newspaper is not enough to get the word out to the whole community.  In the last five years he has been at the helm of developing the online presence of the Edmonton Jewish News and has elevated it to one of the strongest Jewish voices in the city – across all age groups.

“We plan to maintain the high degree of excellence that the community has received through the Jewish Free Press and expand it to include an active presence in social media including a website, Facebook, twitter and weekly email newsletter,” added Moser.

“We’ve found that engagement levels with our readership have risen astronomically with the addition of our online presence in Edmonton and we are excited to bring that level of engagement to Calgary.”

For more information about event coverage, and advertising opportunities contact Dan at edmjnews@shaw.ca.

Be the first to comment on "Jewish newspaper expands across Alberta"