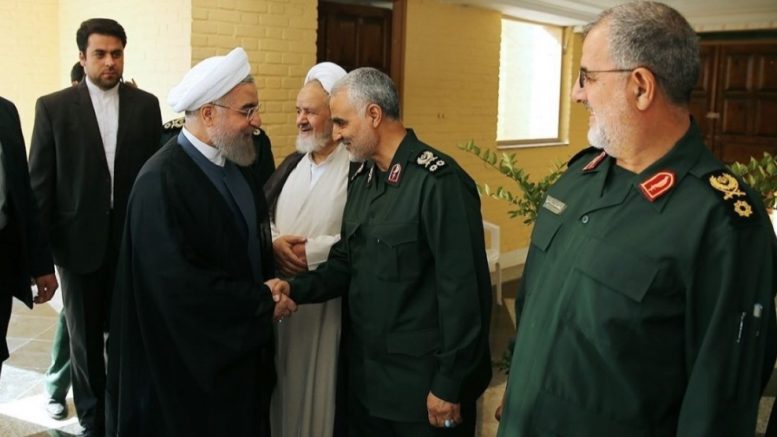 WASHINGTON (JTA) — A U.S. airstrike authorized by President Trump killed Qassem Soleimani, the head of the Iranian Quds Force, which operates a number of regional militias and is allied with terrorist groups targeting Israel, including Hezbollah and Hamas.

The strike early morning on January 3, 2020 hit a vehicle near Baghdad International Airport. The Quds Force arms and funds a number of militias in Iraq.

The Trump administration blamed Iran for recent escalations in the region, including the recent besieging of the U.S. embassy in Baghdad by sympathizers with Iran and its proxies. President Donald Trump tweeted an image of the U.S. flag after reports of Soleimani’s death first emerged.

The strike is likely to escalate U.S.-Iran tensions and could implicate Israel. Soleimani has for years been behind Iranian actions in Israel. Just three months ago he said in a lengthy interview on Iranian television that he helped direct Hezbollah’s war on Israel in 2006.

Hezbollah is a terrorist militia in Lebanon. Hamas is the terrorist organization governing the Gaza Strip.

Soleimani, 62, supervised Iran’s operations in Syria during the civil war that has raged in that country since 2011. Iran helped prop up the Assad regime, which is emerging triumphant in the war. Israel is seeking the ouster of Iran from Syria as part of permanent post-civil war status.

Be the first to comment on "US kills Qassem Soleimani, top Iranian general, in airstrike"