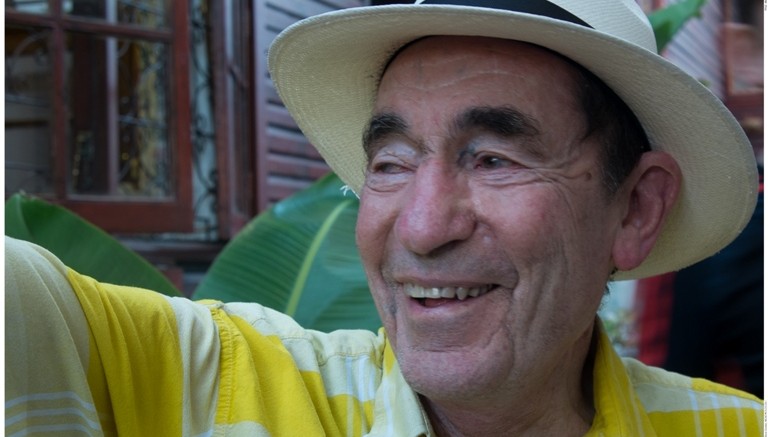 Former Justice Albie Sachs will be in Edmonton on November 25 to deliver a Human Rights lecture at the University of Alberta Myer Horowitz Theatre. Photo by Steve Gordon, Clifton Pics.

Edmonton – Human rights activist Albie Sachs will be honoured in Edmonton for his outstanding contributions in the global fight for racial equality and democracy in South Africa.  As part of the honour, Sachs will  deliver the University of Alberta’s Visiting Lectureship in Human Rights (VLHR) on Wednesday, November 25 at 7 pm at Myer Horowitz Theatre.

As a prelude to the lecture, there will be a special film screening of  “Soft Vengeance: Albie Sachs and the new South Africa”  on Wednesday, November 18, 5:00 – 6:30 pm at Central Academic Building 243 on the University of Alberta campus.  The film is a stunning documentary about Albie Sachs’ fight for justice, set against the dramatic events leading to the overthrow of the apartheid regime in South Africa.  Click here for a film synopsis.

The VLHR recognizes contributions of an individual or organization to the field of human rights and provides a venue for Albertans to learn about and discuss human rights issues.

Albie Sachs, a former judge on the Constitutional Court of South Africa,  will speak on “A Legal Journey with Mandela and Tambo: Tales, Songs and a Constitution.” His journey as a human rights activist started in law school and eventually took him into exile from South Africa for over 20 years. In 1988, while living in Mozambique, Albie Sachs was blown up by a bomb placed in his car by South African security agents – he lost an arm and the sight of an eye. In 1990, he returned home as a member of the Constitutional Committee and the National Executive of the African National Congress. He was an active participant in the negotiations that led South Africa to becoming a constitutional democracy. After the first democratic election in 1994, he was appointed by President Nelson Mandela to serve on the newly established Constitutional Court.

The Global Education Program director, Nancy Hannemann, emphasizes that “this lecture will provide an opportunity to hear from a leader who has grappled with healing divided societies and embodies the spirit of forgiveness.” The VLHR has hosted numerous respected leaders; previous lectures were delivered by Archbishop Emeritus Desmond Tutu in 1998; Lieutenant – General (ret.) Roméo Dallaire, former commander of UN peacekeepers in Rwanda in 2002; Nobel Laureate Shirin Ebadi in 2004; and Honourable Madam Justice Rosalie Silberman Abella, Supreme Court of Canada in 2009.

This lecture is free and open to the public. Registration is required to reserve a seat. The event will take place on November 25 at 7 pm at the Myer Horowitz Theatre in the Students Union Building at the University of Alberta’s North Campus. Click here to register.

Launched in 1998, The University of Alberta’s Visiting Lectureship in Human Rights is envisioned as one of the University’s preeminent annual events. Individuals or organizations that have made an outstanding contribution to the field of human rights are invited to deliver a public lecture in Edmonton. The VLHR strives to support and nurture Albertans’ continuing interest and illustrious involvement with human rights; to help students and Albertans understand complex human rights issues; as well as serve as an annual reminder to Albertans on the necessity to protect human rights within our own province and around the world.