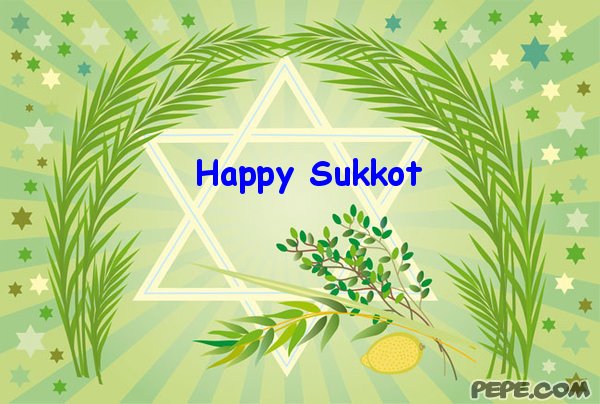 (Kveller via JTA) — Last year I performed a magic trick: I made most of my “stuff” disappear.

I never considered myself a hoarder, at least not the kind worthy of a feature on late night cable TV, but I held on to things, lots and lots of things, because I was sentimental. I thought getting rid of them meant giving up a memory. I was also convinced I would need all these things later on. And lots of my stuff was around simply because I had spent so much money on it that I thought I hadn’t realized each item’s value yet. Surely I would need this stuff, use this stuff, wear this stuff, and amortize the cost of this stuff … one day.

My relationship to my stuff changed last year. In September, my husband, two young daughters and I celebrated Sukkot, the festive Jewish holiday commemorating the years the Jews were believed to be wandering in the desert and protected from the elements by God. For the first time, we erected a sukkah (a temporary dwelling) in our tiny backyard and invited friends over for customary meals inside the wood and bamboo structure. Many were familiar with Sukkot, but I had to explain to others why I had invited them to eat off paper plates in a crude tent decorated with my children’s art and fake fruit.

I took to the Internet in search of something more than the clunky Wikipedia definition and found a rabbi’s simple yet beautiful interpretation of this harvest holiday that changed the way I viewed space in my home. She suggested the acts of eating, sleeping and celebrating in such a simple dwelling should be a reminder to us of how little we need to be happy and how freeing it is to just be with so much less stuff. The metaphor stirred something within me.

Days later, when we took down the sukkah and started eating inside again, all I could see was stuff – much of which I never would have moved into my sukkah if we actually lived in it for seven days as Jews are commanded to do, and most of it I knew I wouldn’t have missed.

I was determined to live simply, no matter how difficult that seemed. In an instant, no closet or shelf or drawer in my home was safe. I gave up sleep to organize and get rid of hundreds of pens, hair ties, shampoo samples, business suits, kitchen utensils and old magazines. I read de-cluttering books and got advice from friends. One told me to look at everything I owned and ask myself with each item if there was somebody who needed it more than I did or could make better use of it, or could even give it more attention and admiration than I could. If the answer was yes, I was supposed to pass it along, donate it or simply throw it away.

Another friend gave me the idea to take everything out of a cabinet, closet or even an entire room, and only put back in what I really used or needed, letting go of the rest. Apparently if you try to do it the other way around and just pick through your items looking for things to take out, you are much less successful. That was certainly true for me, and it’s how I ended up with so much stuff in the first place – just because it fits in the drawer doesn’t mean you need it.

To my shock, I learned I really don’t need much. This was quite revolutionary for me. I am someone who has always appreciated the comforts of “stuff,” especially if I can have one in every color. I used to be able to rationalize owning at least five different pairs of black boots: one for the office, one for evenings, one for achieving the equestrian look, one for pulling off motorcycle chic, and a funky pair for the always looming threat of pulling together a last-minute Halloween costume. This year I made it through the winter with just one pair of black boots. It actually made getting dressed much easier; I always knew which boots I was going to wear.

It does feel good to splurge and enjoy having more than just one’s needs met from time to time, but I found that when that was my standard for everything, I had no room for reflection or appreciation or, frankly, places to put everything.

I assumed the hardest part of my downsizing rampage would be missing all of my stuff when it was gone. But months later I keep finding new spaces to sort through and de-clutter, and delight in giving things to others who can make better use of them. I’m not yet moved to write that elegy for my old camp T-shirts or the George Foreman grill I rarely used. With one or two exceptions, I really don’t miss anything I gave up. I’ve even conveniently forgotten most of it, so I can’t even feel guilty if the day comes when I need something I probably once had. I’m certain that if the day ever comes when I don’t have what I need, I will find a way to get it or simply find a way to get along without it.

As we head into the High Holidays season in September, I’m looking forward to sharing my enthusiasm for the new meaning I’ve found in Sukkot with others. On Rosh Hashanah, it is written, on Yom Kippur, it is sealed, and on Sukkot, it’s time to call the Council thrift shops to schedule a pickup. Chag sameach.

Jamie Rubin is a freelance writer, business owner and mother. After years of producing breaking news and exclusive interviews for both Yahoo! News and MSNBC, she switched things up a bit and launched Milkstars, a clothing line she developed for pregnant and nursing women. This article first appeared on Kveller, a 70 Faces Media company.