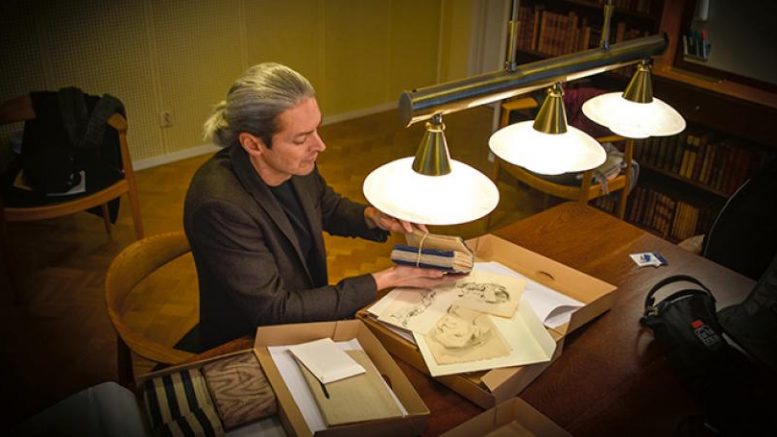 Video: Concentration camp archive made available to the public

During World War II, Ravensbrück, north of Berlin in Germany, was a concentration camp mainly reserved for women and children. During the war years, just over 130 000 prisoners were sent to Ravensbrück. By 1945, only between 15 000 and 30 000 of them were still alive.

In spring 1945, the Red Cross, assisted by Folke Bernadotte’s White Buses, rescued around 20 000 camp survivors who were brought to Sweden and Denmark.

In Lund, a working group decided to document the former camp inmates’ experiences. The archive contains 500 detailed interviews with survivors, conducted during the months following their arrival in Sweden. Most of them came from Ravensbrück, but many of them had also been interned in other concentration camps.

The archive also includes photographs, notebooks, personal items and lists of names from the camps.

“All the interviews, and a great deal of other material, are now available online. Meanwhile, a project is underway to translate the interviews – written in Polish – into English. Some of them are already translated and are therefore also accessible in the online archive,” says Håkan Håkansson, the project manager at Lund University Library where the archive is kept.

The archive was sealed for 50 years, but opened in 1995. As it mainly consists of handwritten material, it was difficult to get an overview of the contents. In connection with the digitisation process, however, details such as names and geographical locations have been tagged, making the archive searchable in a completely new way.

“This is a totally unique archive, as it was compiled in a rigorous manner very soon after the survivors arrived in Sweden. There are many different and very poignant stories,” says Håkan Håkansson.

There is also a lot of evidence of the prisoners’ great courage and resourcefulness. They made school books out of prisoner uniforms and there are detailed maps and descriptions of the camps, as well as a lot of documents from the SS that the prisoners managed to conceal. One item in the archive is an apparently ordinary letter that a prisoner sent to her relatives.

“But a secret message had been written in urine on the envelope. It was only readable when heated up. Several such letters were sent from the camp by a group of women, some of them recounting the medical experiments to which the women were subjected, whereas this particular letter included a description of the women’s planned attempt to escape,” explains Håkan Håkansson.

There has been a high level of interest in the archive for a long time – from researchers, but also from relatives of people who were interned in the concentration camps.

Previously, it was difficult to extract information from the archive but those interested can now search the documents from all over the world, and download high-resolution images of the material.

The project is entitled Witnessing genocide: experiences of Nazi concentration camps, and the web portal giving access to the digital archive can be found here: http://www.ub.lu.se/witnessing-genocide

The working group that conducted the interviews with the survivors was called the Foreign Policy Institute’s Polish Working Group in Lund and was financed by the Swedish government. Between 1949 and 1972, the archive was deposited at the Hoover Institution at Stanford in the USA, and in 2004, Zygmunt Łakociński’s heirs donated the archive to the University Library in Lund. Since it was unsealed in 1995, work has been underway to make the archive accessible to the general public. The digitisation and translation of the material was made possible by donations from all over the world.

Lund University was founded in 1666 and is regularly ranked as one of the world’s top 100 higher education institutions. The University has 41 000 students and 7 500 staff based in Lund, Helsingborg and Malmö. We are united in our efforts to understand, explain and improve our world and the human condition. Lund University is currently celebrating its 350th anniversary. Find out more here: http://www.lunduniversity.lu.se/lund-university-350-years