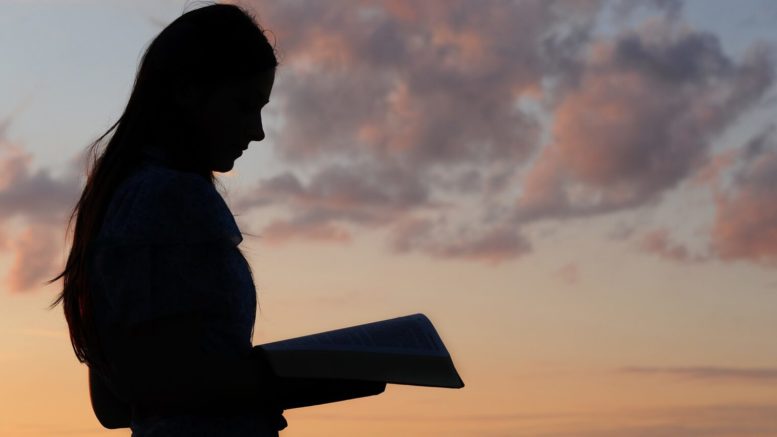 When life sometimes can seem like one long slog, the Jewish intellectual tradition offers an alternative that can bring with it happiness and a sense of accomplishment. (PaulCalbar/Getty)

by Alan Kadish and Michael Shmidman

(Touro College) – This last year of pandemic living has not been easy. Over 500,000 Americans (and 22,045 Canadians) have died , including countless members of our own Jewish communities, and a return to normalcy still feels distant.

In these difficult times, we would like to propose an alternative to despair and suggest a path forward that offers not just hope for the distant future, but strength and a sense of purpose for today and tomorrow.

This plague is hardly the first time we have been challenged as a people. Consider this story from the period of expulsions of Jews from the Iberian Peninsula between 1492 and 1497. Rabbi Abraham Saba, a scholar and preacher who lived in Spain’s Castilian region, was among those forced to leave his lifelong home. He fled on foot to neighboring Portugal, where he continued writing his rabbinic and biblical commentaries.

But several years later Portugal’s Jews were subject to an expulsion decree. Saba again attempted to flee. Nearing Lisbon, he became aware of the decree issued against possession of Hebrew books. Saba buried his trove of manuscripts, but he was thrown into prison and never recovered them.

Eventually Saba escaped to Morocco, where after struggling with an illness he resumed his life’s work, rewriting his lost manuscripts from memory. His commentaries on the Pentateuch and the books of Ruth and Esther are still studied today, five centuries later. Determination and dedication had defeated disruption and despair.

Saba’s dogged persistence in studying and writing despite the obstacles he faced was remarkable. But in the annals of Jewish history, it was not extraordinary. Jewish history is filled with figures, from Maimonides to Albert Einstein, who achieved outstanding levels of intellectual accomplishment despite challenging circumstances, from plagues and expulsions to pogroms and Nazi persecution.

The challenge of our current period is different, but trying in its own ways. We are isolated from other people, stalked by an invisible threat that has sapped our energy and many of the joys of daily life. We struggle to find purpose and motivation.

This is where the Jewish intellectual tradition can serve as an invaluable guide. For centuries, Jews have clung to a few basic principles that have helped us lead purposeful lives even in times of political, social and economic distress.

This tradition of learning and achievement initially was derived from Torah study, but it has become more universal. Transmitted overtly or inadvertently by a system of education and by a cultural milieu, it has been effective at fostering achievement and offers guidance to Jews and non-Jews alike.

Especially these days, when life sometimes can seem like one long slog — each day bleeding into the other, with real life replaced by a simulacrum of screens and social media and endless binge-watching that somehow never seems to satisfy — the Jewish intellectual tradition offers an alternative that can bring with it happiness and a sense of accomplishment.

In our study of some 3,000 years of Jewish history, we have discerned a few guiding principles, which we outline in our new book, “The Jewish Intellectual Tradition: A History of Learning and Achievement.”

These principles include respect for tradition combined with creativity and innovation; the primacy of education for young and old; logic and intellectual honesty in pursuit of truth; and living a purposeful life.

We extracted from these principles specific recommendations for the circumstances of our age.

Surround yourself with the written word. Reading is enriching like no other medium. Just because you’re no longer in school doesn’t mean you should stop learning. Self-development through learning should be a lifelong pursuit.

Set goals for yourself and don’t be distracted from your determination to accomplish those goals — whether it’s learning something new, mastering a particular skill, creating something in the woodshop or at the writing table, helping your children achieve their goals, or tackling Shakespeare, the Talmud or quantum physics. Assume that impediments, major or minor, will crop up along the way. Push through.

Find a mentor who can help you toward your goal. Seek out experts as your companions, whether online, in person or in books. One silver lining of the pandemic has been the unprecedented access to learning opportunities. It’s possible to log onto Zoom classes happening anywhere around the world, to find a study partner through any one of a number of matching services, to connect remotely to Jewish events and services.

Bring your family along for the ride. Talk to them about your goals and why they’re important.

Your children will pick up the values you exemplify. Don’t just leave their education to school. Show them what’s important in life by modeling that behavior.

Learn collaboratively. Find peers who share your goals with whom you can consult, partner and even argue. This is the classic Jewish mode of “chavruta” learning: one-on-one study and argumentation with a friend. Studies have shown that cooperative learning not only advances educational achievement but promotes self-esteem, healthy relationships and more positive attitudes toward learning.

And don’t be afraid of argument or intellectual challenges, so long as your argumentation is conducted in good faith, with respect and in pursuit of truth. Judaism embraces analytical and even disruptive thinking.

The unique feature of Jewish intellectual achievement is that it continues even at times of great challenge. That’s because striving for a higher purpose actually helps us overcome day-to-day stresses rather than adding to them. Our salvation won’t come from mindless activities but from determined pursuit of our goals.

A life lived daily with a sense of purpose, with the firm belief that your actions and the values you exemplify and transmit make a difference, can ennoble and elevate you and those around you.

It is this persistence that has made the Jewish contribution to the world so significant, in fields from science and law to philosophy and social justice. Now, particularly when times are tough, our role in helping improve society must not be neglected. Whatever the circumstances, we can proudly uphold that tradition.

Dr. Alan Kadish is the president of the Touro College and University System. Dr. Michael Shmidman is the dean of Touro’s Graduate School of Jewish Studies.

This story was sponsored by the Touro College and University System, which supports Jewish continuity and community while serving a diverse population of over 19,000 students across 30 schools. This article was produced by JTA’s native content team.