(AJNews) – On Wednesday February 3, 2021, the Kindergarten class at the Calgary Jewish Academy had special guest Miranda Currie join them via Zoom for an impromptu concert.  Miranda Currie, a northern Indigenous artist from Yellowknife, Northwest Territories, was nominated for Aboriginal singer songwriter of the year by the Canadian Folk Music Awards in 2015. Her mission as an artist is to create northern indigenous content that is accessible to children and families. 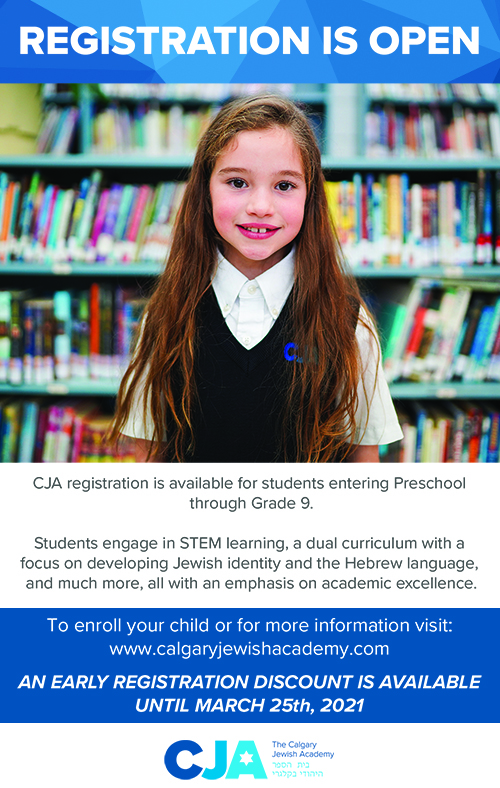 Her performance on Wednesday engaged Kindergarten students by integrating their learning of the environment with music and indigenous culture. The music she played that morning had the educational nature of describing northern Canadian landscapes, the wildlife that live within them and the importance of sustainable living. She also introduced students to the Dene language of Tli’cho, teaching them the beauty and diversity of the indigenous culture that makes up an important part of the mosaic of Canada.

Rachel Blanchard, a Kindergarten teacher at the CJA, shared in the excitement with her students. “Miranda was not only engaging as a performer, but she found ways to make what we are learning about relatable and significant in our everyday lives,” said Blanchard. “After the performance my students were wanting to learn more about Canadian landscapes and wildlife, curious about the different ways they could explore the topic.”

Blanchard shared the many ideas the Kindergarten team engages their students on various lessons throughout the year, including open-ended learning, utilizing outdoor learning spaces and using technology to interact with people they wouldn’t normally have the chance to interact with. “With apps like Zoom becoming more mainstream and easier to use, our classroom can meet and speak with people like Miranda to add value to what they learn,” noted Blanchard.

When asked what’s the next exciting thing that’s coming to the Kindergarten classroom, Blanchard wittingly responded, “That’s a surprise.”

Joseph Tappenden is Director of Marketing and Advanacement at Calgary Jewish Academy.

Be the first to comment on "Calgary Jewish Academy Kindergarten students welcome Miranda Currie, virtually, to their classroom"