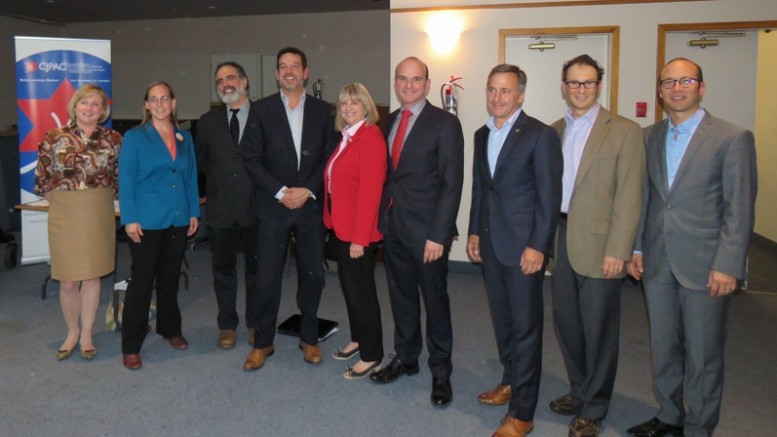 (EJNews) – Over 160 people gathered at the Beth Shalom Synagogue on October 8 to hear from candidates representing the three major parties about the issues that matter most to us as Jews and as Canadians. Nominees from Edmonton Centre and Edmonton West participated in the Federal Elections Candidates Forum that was co-sponsored by Beth Shalom Synagogue and Jewish Federation of Edmonton.

Over 160 people attended the Federal Election Candidates Forum on October 8 sponsored by Beth Shalom Synagogue and the Jewish Federation of Edmonton, moderated by Neil Grahn.

The topics for discussion were refugees, genetic discrimination, the Iran Nuclear Deal, poverty, terrorism versus civil liberties, growing the economy versus protecting the environment. An additional topic that was brought from the floor was about how the candidates viewed the Boycott Divestment Sanctions (BDS) movement against Israel.

Click below to listen to the first 45 minutes of the Election Forum: 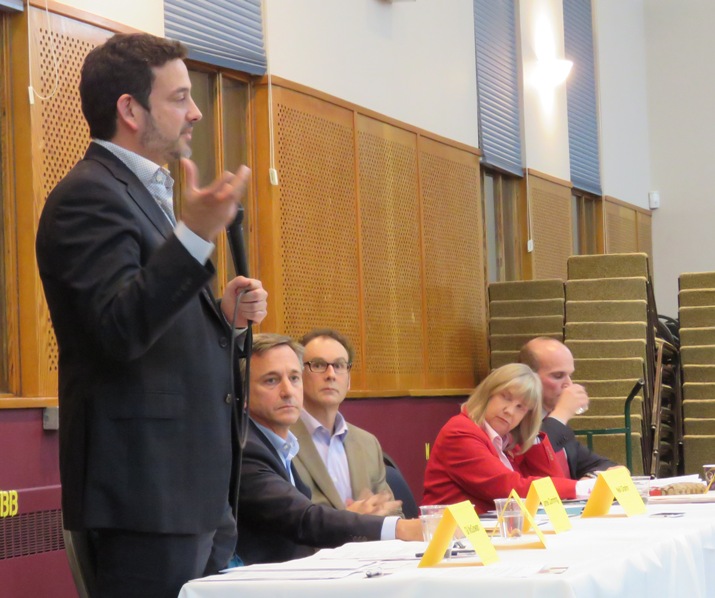 The forum was successful in that it provided an organized structure to meet the candidates and hear them speak about the issues. It offered an opportunity to hear them as individuals and also as representatives of their respective parties.

When addressing the economy, Karen Leibovici discussed how the Liberal infrastructure platform would bring a higher quality of life to Edmonton and Gil McGowan criticized Harper’s “truthiness” about trickle down economics, emphasizing that fair taxes will grow the economy. 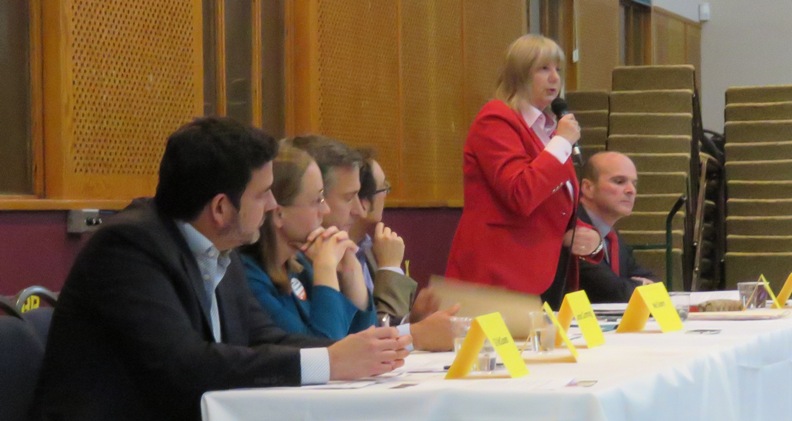 The answers were most divergent when it came to the topic brought from the floor about the BDS movement.  Gil McGowan said that as a labour leader he believes in the power of boycotts but that this is not the time or the place for the BDS against Israel. Heather MacKenzie said that it is not the government’s responsibility to tell people how to spend their money. James Cumming said, “It’s plain and simple – no BDS.” Karen Leibovici discussed the important role that Liberal leader Justin Trudeau played in defeating the BDS vote at McGill University and Randy Boissonnault said that the Liberals denounce anti-Semitism and that “there will be no second class citizens on a Liberal watch.”

In all, the forum provided an excellent platform to become aquainted with the candidates. Gil McGowan’s background as a labour leader informs his belief in the NDP platform. Heather MacKenzie was a School Trustee and advocate for Boys and Girls Clubs Big Brothers  Big Sisters of Edmonton. Her belief in a more equitable tax system prompted her to take her $2000 tax refund and use it to launch her campaign for the NDP candidacy. 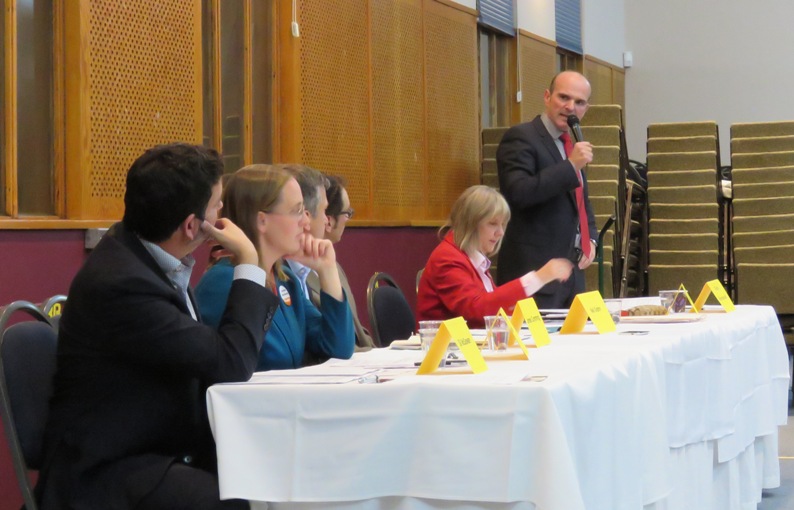 Karen Leibovici spoke from the heart as a member of the Edmonton Jewish community and as an elected official who has been a staunch defender of local issues and provincial issues. She said she was addressing the misconception about the relationship between the Liberals and Israel. She attacked the “elephant in the room” stressing that the Liberal Party and leader Justin Trudeau are strong supporters of Israel. She said that “Jewish values equal Liberal values.”

Of course in a forum, there are no winners and no losers and Edmonton Jewish News is not endorsing any party or candidate but at the end of the forum it seemed that Randy Boissonnault shone. He came across as a strong articulate leader, with a deep understanding of the issues as they pertain to our community, and he advocated a team approach to implementing the Liberal platform.

The forum ended with Beth Shalom Rabbi Kliel Rose thanking all the candidates for participating and stressing that the community looks forward to working with whichever candidates win on October 19. He stressed that the shul would not be endorsing any of the candidates but rather encouraging everyone to vote in the election according to his or her conviction. This sentiment was also shared by JFED president Ellery Lew at the beginning of the evening event.