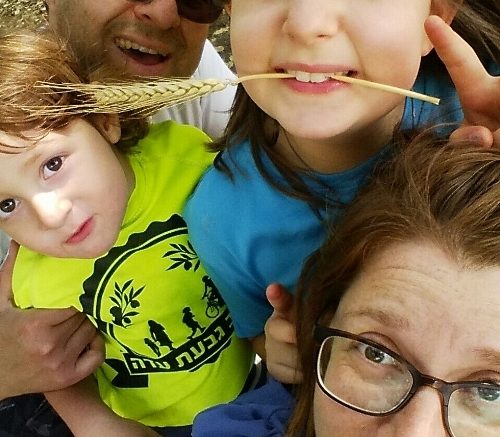 Temple Beth Ora and the entire Edmonton Jewish community welcomes Rabbi Gila Caine and her family to our community.

(EJNews) – Congregants at Temple Beth Ora have cause for celebration!  In June, TBO will be welcoming a very special new arrival all the way from a suburb outside Tel Aviv.  After several years, Edmonton’s Reform shul will once again have a permanent fulltime rabbi!  Rabbi Gila Caine and her family will soon be the newest arrivals to Edmonton’s local Jewish community.  The Rabbi, who is extremely excited about her new appointment, will be joined in this monumental relocation by her husband Ariel Kiel and two school-aged children Shaked (9) and Alon (3).

After many years working with Israel’s minority Progressive Jewish communities, Rabbi Caine is eager to take her expertise abroad.  During the least hospitable time of the Edmonton year, late January, Rabbi Caine and her husband Ariel braved Canadian winter to visit TBO.  Although the northern chill may have been a system-shock for them, Edmonton’s Jewish community compensated with a very warm welcome.  When asked about the upcoming cultural displacement, the Rabbi answered, “We all need to worship in our own spoken language, but even though the services I attended in Edmonton were in English, it was comforting to see how much was similar – though perhaps a bit more formal than I’m used to.”

When asked if she had always wanted to become a Reform rabbi, the Rabbi replied, “It’s very different in Israel.  The lines between the branches of Progressive Judaism are not as defined.”  Rabbi Caine went on to explain that her calling to spiritual leadership did not take place as a single realization, but rather, as a journey of introspective discovery.  “I was raised in a Modern Orthodox household, and I was always deeply connected with my religious identity,” said Caine in a recent phone interview, “But around the time of my Bat Mitzvah I began to wonder about my own place within religious life and how I would be able to contribute.  I felt that I would not have a religious place as a woman.”  The Rabbi, even before she became a Rabbi, knew that she wanted to be involved in the synagogue and in religious Jewish life – but, in her perception, “There was a discord between everything I was taught and what I saw as the heart of Judaism.” 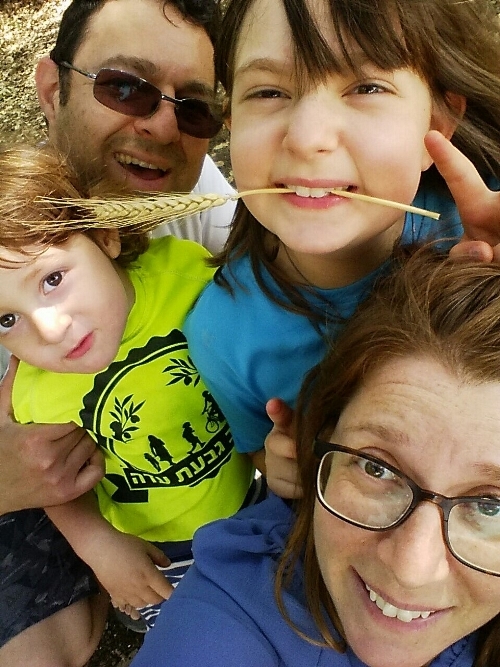 Temple Beth Ora and the entire Edmonton Jewish community welcomes Rabbi Gila Caine and her family to our community.

Although those who were raised in North American Progressive communities are far more accustomed to watching female rabbis ascend the bimah, in Israel this is hardly the norm.  “When I was in high school my mother’s friend came to stay with us.  She was studying to become a Conservative rabbi.  This was the first time I had encountered such a thing as a woman rabbi.”  While attending university Caine was active in Progressive Jewish student groups and continued to feel compelled to pursue a higher calling – from that point, the draw to a rabbinic career was natural.

But with so many individual expressions of Jewishness, how can one reconcile even the most polarized of philosophies?  “Life cycle moments” the Rabbi explained, “are particularly important.  As Jews, as people, these are events that unify us all.  Whether I am visiting with a woman who is religiously observant after she has given birth, or if I am meeting with a follower of Progressive Judaism following childbirth – well, we’re all Jews.  I see the recognition of significant moments in the human life cycle as something that connects us.”  She went on to elaborate, “Being Jewish, we take our beliefs and we take we our ideas and turn them into something visible and concrete – that’s what Halacha is.  We try to understand all things that make up the earth, our world, and from this we ask questions about every part of our lives.  Everything has a conversation around it, and this brings holiness into every aspect of our human existence.  We need to recreate a spiritual and holy language for this.”

Following her relocation the Rabbi plans on becoming an active contributor to Edmonton’s secular sphere in addition to participating in her newly adopted Jewish community.  “I think we should be working as much as we can with institutions that already exist, but also with secular community minded organizations.  The role of a Rabbi is to go into these places and make an impact.”

TBO members await the Kiel-Caine family’s arrival enthusiastically.  In the fall their children will begin a new school year in a whole new language.  “They’re nervous about normal things like making new friends and staying in touch with old friends.  But this is an experience we want to give our kids.”  Having been a child of the world herself, Caine resided in both Ireland and Wales before relocating for a longer period to Walnut Creek California.  Because of her own experiences, the Rabbi and her husband are confident that after an initial adjustment period, their children will find much to love about Edmonton.  When asked what she looks forward to most about her new appointment, Caine paused, “…well, there’s so much to look forward to.  I look forward to getting to know the Edmonton Jewish community first and foremost.”

Needless to say, this is an exciting time for TBO congregants and for the greater Jewish community.  So, when you see Rabbi Gila Caine and her family give them a great big Edmontonian-Jewish welcome!