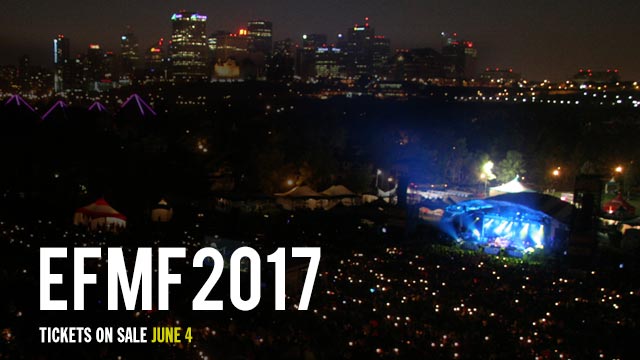 The 2017 Edmonton Folk Music Festival will be held at the fabulous Gallagher Park from August 10-13, 2017. Tickets are on sale now.

June 5, 2017 – Edmonton, AB – Edmonton Folk Festival will return to Alberta’s capital city this summer, running from August 10 to 13 at Gallagher Park, and a stellar lineup of 2017 performers has been announced.

The four-evening event will be headlined with sets from City and Colour, the Decemberists, Leon Bridges and Brandi Carlile.

Tickets for the festival went on sale yesterday (June 4) and there was a tremendous response but all 4-day full festival passes are still available, including transferable, non-transferable, adult, youth and senior.

Tickets are also available through Ticketmaster:

Ticket prices range from $22 for single-day passes for seniors and youth to $219 for full, transferable four-day passes. Children under the age of 11 and seniors over the age of 80 can get in for free.

Find full information about the event at the official Edmonton Folk Festival website.