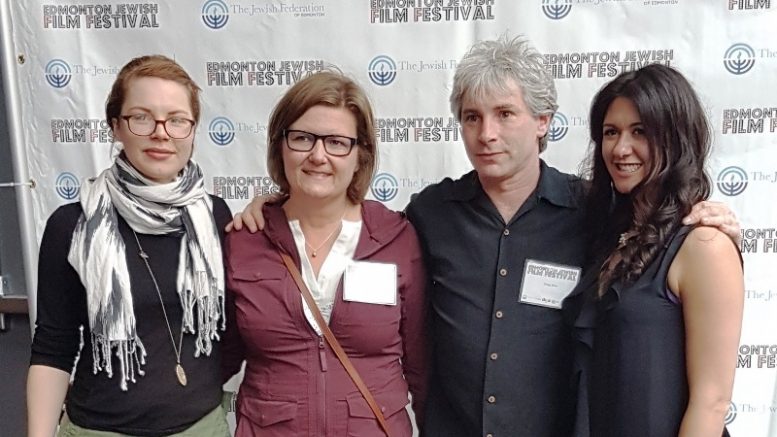 (EJNews) – The Edmonton Jewish Film Festival came to a close on Monday May 29 after 7 days packed with an entertaining and diverse selection of outstanding films that appealed to all segments of the community. The festival was held at the Landmark Cinemas 9 centrally located in downtown Edmonton.

Once again numerous volunteers worked diligently under the leadership of Festival Chair Sam Koplowicz to organize and implement a very successful festival that featured stellar films ranging from the mouthwatering “In Search of Israeli Cuisine” to the heartwarming “Belle and Sebastian” and the wickedly funny “The Last Laugh.”

One of the highlights of the festival was the screening of “The Jewish Girl” a documentary by local filmmaker Adam Bentley, the 2016 recipient of the Earl Parker Film Award. Bentley as well as some members of his film crew were available on opening night of the festival for a Q and A session.

“In addition to all of the award winning Jewish themed films screened this year, the Edmonton connections made this year’s festival extra special,” said Film Festival coordinator and Jewish Federation of Edmonton Director of Programming Orna Richter.

“This is the first year on opening night that we showed a local film by the inaugural Earl Parker Award recipient Adam Bentley and that was very special.  On the last night, we had the privilege of showing a short film written by an Ethiopian Jewish woman who recently moved to Edmonton. In her documentary, she chronicled the harrowing journey from Ethiopia to Sudan made by members of her extended family.”

The feature film shown on the final night of the Festival was “The Prime Ministers: Soldiers and Peacemakers.” The film was riveting but for Richter it was extra special because Aviva Weinstein, one of the film’s editors was actually born in Edmonton.

“When she heard we were screening the film at the EJFF, she reached out to us with good wishes,” added Richter.

Another highlight on opening night was the announcement that Gregg Silver is the 2017 recipient of the Earl Parker Film Award.

Silver, born in Cote St Luc in Montreal, studied music at Concordia University. In 2001 he moved to Edmonton and started Silver Unlimited Productions, a film company that has focused mostly on educational and corporate videos. His latest film explores the roots of Judaism as he travels through Israel, Montreal and Edmonton speaking to Jews from all walks of life.

Gregg is honoured to be the recipient of this year’s Earl Parker Award and thrilled to have the opportunity to make a short film for the opening of next year’s EJFF.  “I’m excited to produce a creative film for both our local Jewish community and the world that will be meaningful to all who see it,” notes Silver.

Drawing on experiences from his own family history, the migration to Canada from Eastern Europe, and from the history and wisdom of a 5777-year-old religion, Silver is inspired to revisit and trace both his grandfather’s amazing stories while giving a larger perspective on Judaism in the world today.

All in all, it was a very successful film festival that left volunteers and patrons feeling positive about their experience and eagerly anticipating next year’s event. 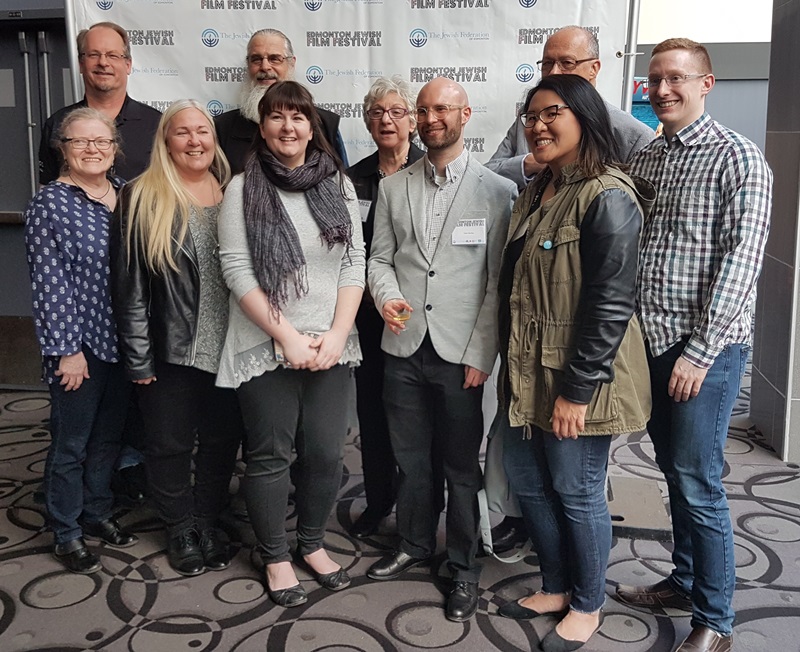 Edmonton filmmaker Adam Bentley (centre) – winner of the 2016 Earl Parker Film Award, screened his short documentary “The Jewish Girl” on May 17, 2017 – opening night of the 2017 EJFF – and was available with members of his team for a short Q & A following the screening.