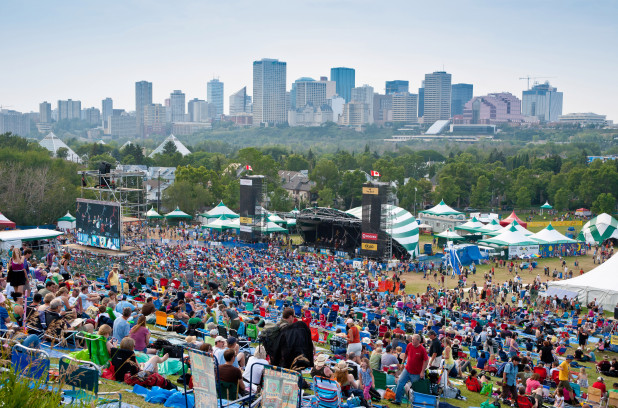 The Edmonton Folk Music Festival has announced some schedule changes for the 2015 line up and released 300 youth tickets that go on sale Wed. July 29 at 9:30 am.

Adult and Youth tickets sold out quickly, while sales of the allotment for seniors tickets has held steady, so the Edmonton Folk Music Festival (EFMF) is pleased to announce that they will be re-releasing 300 tickets for each of Thursday (August 6) and Friday (August 7) evenings as YOUTH tickets. The Festival will be held in Edmonton’s beautiful Gallagher Park from Thursday August 6 to Sunday August 9.

“With Of Monsters and Men, and Edward Sharpe and the Magnetic Zeros on those nights, we feel that those nights will have a special appeal to our youth audience,” said EFMF organizers.

Children 11 and under, and Seniors 80 and over are admitted at no charge.

Senior tickets are also still available for all four days of the festival.

The Wind and the Wave have also cancelled their scheduled appearance at this year’s festival due to a conflict with their recording schedule.

Although excellent replacement artists have been arranged for those time slots, refunds for Friday night ticket holders are available until July 31 through place of purchase.  Ticketmaster should be contacting ticket buyers shortly with their procedures. For tickets purchased through the festival box office, please call 780-429- 1999 to reach our box office.

From Producer Terry Wickham: “I think we have a genuine Canadian star in Frazey Ford. Her album Indian Ocean is one of the best albums I have heard in years.”

Frazey Ford will play the main stage slot Friday at 9:05 p.m. as well as her scheduled sessions on Saturday. Danny Michel (solo) will be replacing her in the Friday evening session Magical Moments.

These changes necessitated some shifting of schedules which has now been updated on both the website and the App.

Schedule change details are as follows (artist changes in bold):

Mohsin Zaman (formerly The Wind and the Wave)

Sam Amidon (formerly The Wind and the Wave)

Sam Amidon (formerly The Wind and the Wave)

Time changes on stage 7 due to Monica Heldal moving to another spot:

Be the first to comment on "Don’t miss out: Edmonton Folk Music Festival releases 300 youth tickets"