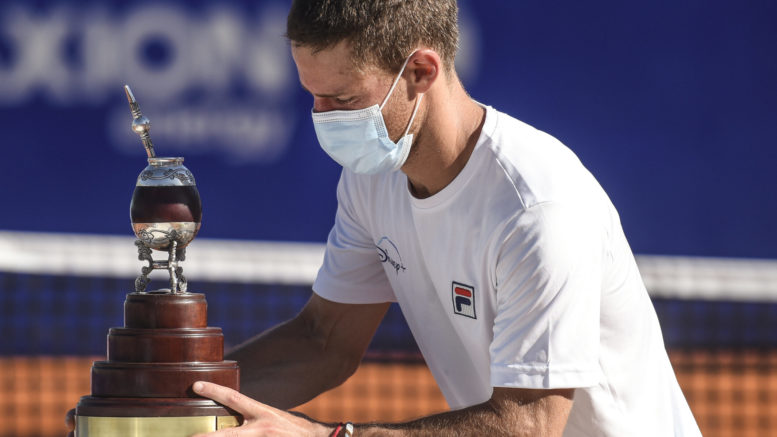 (JTA) — Diego Schwartzman, the 28-year-old Jewish tennis star, won his hometown Argentina Open on Sunday for the first time, beating a countryman in the final.

The top-seeded Schwartzman, who grew up in Buenos Aires, defeated unseeded Francisco Cerundulo in straight sets to win the $24,400 champion’s share. It was the first time a local player had won the tournament in 13 years.

“I’m very happy, I wanted to play well today, the atmosphere was spectacular,” Schwartzman said while crying after the match. “I haven’t words, just emotion and happiness.”

Schwartzman, who at 5-foot-7 carries the nickname “El Peque” (Shorty), reached the final at the so-called Cathedral of Argentine tennis in 2019. In his childhood he played at the Hacoaj JCC in the Argentine capital and helped inaugurate an esports team there earlier this year.

The Buenos Aires ATP tournament is organized by another Jewish tennis player, Martin Jaite, also a local hero because of his success in the 1980s and ’90s.

Schwartzman is the world’s highest-ranked Jewish player at No. 9 in the ATP rankings. Israeli Dudi Sela, at age 35, is ranked 240th.