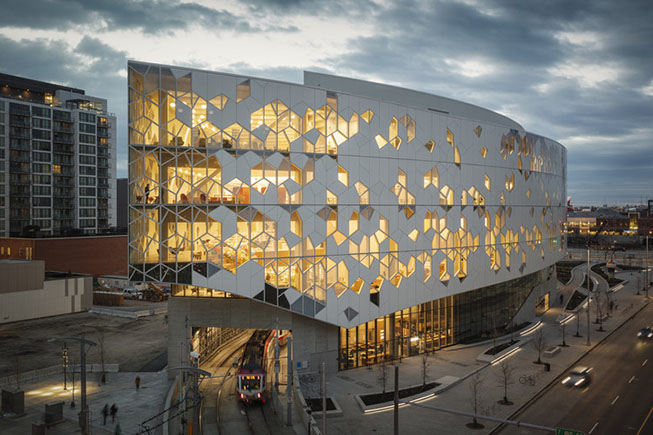 (AJNews) – The January 27 talk about anti-Semitism by Deborah Lipstadt was a prelude to further Holocaust-related programming in 2021 for both Jewish Calgary and Albertans at large, say Calgary Jewish Federation Holocaust and Human Rights Education Co-Chairs Marnie Bondar and Dahlia Libin.

This spring, Calgary Jewish Federation will be expanding on traditional Yom Hashoah programming with Shoah Week, featuring a variety of commemoration and education activities.

On April 7, the day before Yom Hashoah, the Calgary, Edmonton and Winnipeg Jewish Federations are jointly presenting a live virtual talk by Judy Batalion, author of the soon-to-be-published book The Light of Days:  A Narrative History of Jewish Women who Fought the Nazis in Polish Ghettos.

The inspiring theme of resistance during the Holocaust will once again be prominent on April 8 when Calgary Jewish Federation invites everyone to join in the annual Yom Hashoah commemoration and program.  The theme of this year’s program is After Liberation:  Life in the DP Camps, an exploration of local survivors’ experiences in Displaced Persons’ camps following World War II.

“We are asking survivors and their families to share photos and documents that document local survivors’ experiences in Displaced Persons’ camps during the Holocaust so that we can include their stories,” Bondar said.  Submissions should be sent to Bondar and Libin at holocaustedu@jewishcalgary.org.

While Yom Hashoah will once again be observed virtually due to the pandemic, Bondar and Libin say that all the time-honoured components of Calgary’s Yom Hashoah commemoration will be maintained.

“It is an important and sacred day in our community,” Libin said.

The Jewish Federation of Edmonton and the JFED Holocaust Education Committee is also conducting its Yom Hashoah commemoration virtually this year. The “Legacy: Keeping the Flame Alive” will be presented on youtube on April 8 at 7 pm with assistance from Jared Paull at Reel Mensch Studios. Register at jewishedmonton.org.

The 37th Annual Holocaust Education Symposium will take place online May 3 – 7. The basic format of pre-pandemic symposia has been preserved, including overviews by historians, a film presentation, and the testimony of Holocaust survivors and next generation speakers.  This year, schools in both Edmonton and the surrounding area and Lethbridge will take part in the virtual program.

Other Holocaust-related presentations take place upon request.  Recently, Sylvie Hepner shared the Holocaust testimony of her late uncle, Marcel Segal, in a virtual program presented by the Red Deer Museum.  In another recent online presentation, Marnie Bondar and Dahlia Libin spoke to students in the faculty of Social Work at Bow Valley College who are studying intergenerational trauma.

Bondar and Libin are currently in the midst of creating a Holocaust Youth Ambassador Program that will be delivered locally in conjunction with Yad Vashem. Participation will be open to all Calgary youth.

The Calgary Public Library – in partnership with Calgary Jewish Federation – will be providing interactive virtual Holocaust education programs this spring for youth between the ages of 11 and 14 and those between the ages of 15 and 18. Interested youth and parents should watch for details and registration on the Calgary Public Library website.  Community members who have not already applied for their free library membership are encouraged to do so.   Watch for program details at www.calgarylibrary.ca.

Students’ positive and heartwarming messages helped to break through the isolation caused by COVID-19, said Libin and Bondar, who personally delivered the letters, artwork and other goodies while checking in with survivors and spouses who were thrilled at the outreach.

Libin and Bondar have been engaging Holocaust survivors, their families and an army of volunteers in an exciting project that will share the images, experiences and wisdom of Calgary-based Holocaust survivors and those who are connected to our city.  The photographic exhibit Here to Tell:  Faces of Holocaust Survivors will be mounted when it is safe for Calgarians to once again congregate. Both the exhibit and accompanying book will honour living survivors, memorialize those who have passed, and engage subsequent generations in sharing their legacy.

Calgary Jewish Federation is currently organizing a virtual tour of Yad Vashem, Israel’s Holocaust museum.  This will be a rare opportunity for participants to get an up-close look at the exhibits and holdings of the museum and research centre despite the pandemic.

Go to jewishcalgary.org and jewishedmonton.org for updates on these and other Holocaust education and commemoration programs.