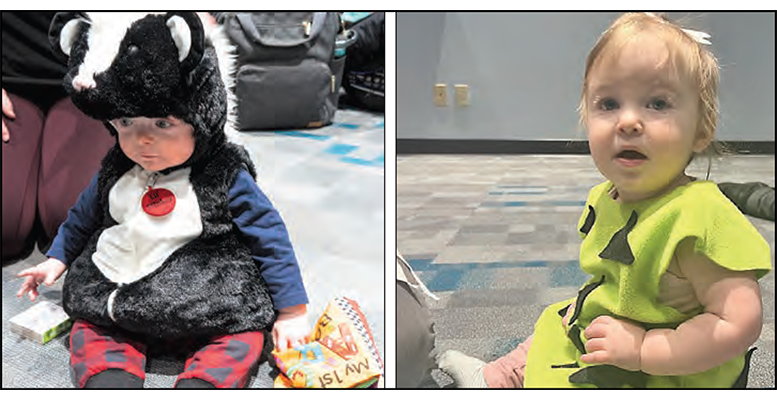 (AJNews) – Prognosticators predicted a pandemic baby boom. Right on trend, our daughter and son-in-law called us some 16 months ago to share the happy news that my husband and I were about to be promoted to Baba and Grandpa.

BEST! JOB! EVER!—despite the limitations that have been caused by geographical distance, contagion, government mandates and plain, old-fashioned common sense.

All the frustrations of co-existing with COVID pale next to the joy of welcoming our granddot, who instantly became the centre of our universe. The joy has multiplied as many friends and acquaintances have recently enjoyed similar promotions or are expecting to soon join “the club.”

Edmontonians Colleen and Michael Paull became members last May with the birth of their first grandchild, a girl.

“We were still in the throes of the pandemic and many people did not have their second shots yet,” recalled Colleen.

The Paulls received their second shots and isolated prior to the arrival of their granddaughter. Even then, they did not kiss her for the first few months. Fortunate enough to live in the same city, they delighted in holding their little one and taking her for walks.

Grandparents like us, who live at a geographical distance from their expanding families—and those who must isolate due to weakened immune systems and/or underlying conditions—are doing the best they can to safely navigate COVID in order to be there, often virtually, for their kids and grandkids.

It is a source of comfort knowing that the Jewish Federations in Edmonton, Calgary (and so many other places our kids and grandkids live) are also there, making sure young families get a running start at Jewish engagement and literacy through programs like PJ Library and Shalom Baby.

“It’s the priority in a way,” says Jenn Magalnick, Associate Director, Holocaust Education and Community Engagement at Jewish Federation of Edmonton.  “The simple purpose is helping to connect people with one another and with the organized Jewish community as well.” 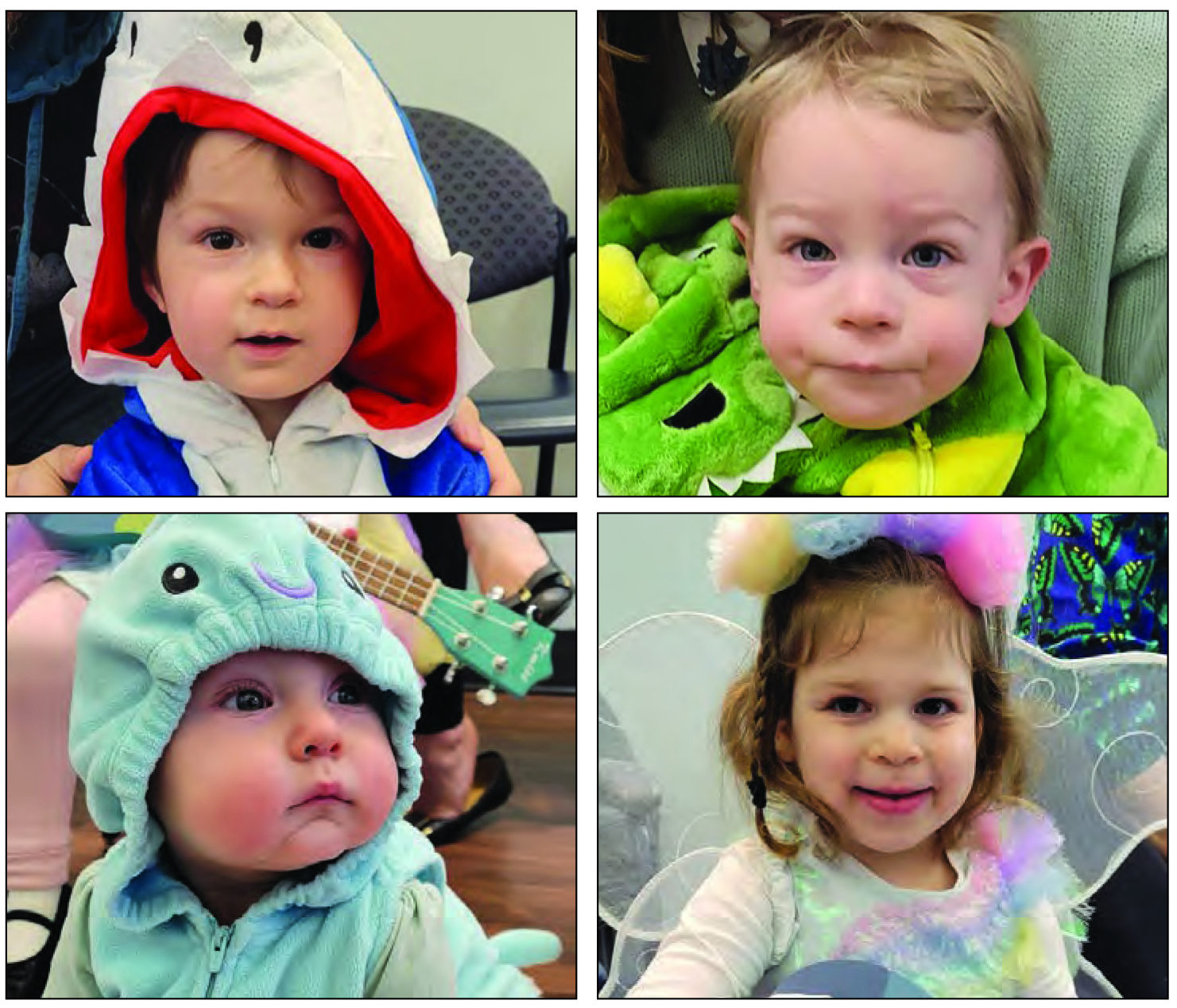 It was on Kathie Wainer’s watch as the inaugural Manager of PJ Library at Calgary Jewish Federation that the internationally acclaimed program and its spin-off, Shalom Baby, were launched in Calgary in 2009 and 2010 respectively. PJ Library made its debut in Edmonton in 2013; Shalom Baby was introduced this past summer due, in large part, to the efforts of Faren Hochman and Sarah Troster.

Hochman serves as VP for Outreach and Programming on the Executive of Jewish Federation of Edmonton. Troster, a physician and JFE board member, co-chairs the outreach committee with Hochman while overseeing another JFE initiative, the Jewish Medical Students’ Association. These two women have one other important credential. As young moms they know first-hand the importance of networking with peers who are raising Jewish children and feeling the support of local Jewish organizations.

“It’s really been such a nice type of outreach for our committee,” says Faren Hochman. “We’re laying foundations for our kids that will continue to school and camp and throughout their Jewish lives.”

Anika Zepp—whose son was also born during the pandemic—is Edmonton’s Shalom Baby parent connector, a position funded, in part, by a grant from PJ Library. Zepp helps to connect some 40 young Edmonton families, 25 of whom actively participate in Shalom Baby activities and communicate with one another through a WhatsApp group including parents and parents-to-be.

Edmonton’s inaugural Shalom Baby gathering was held outdoors in July 2021. Most of the parents had babies clustered around the same ages, between one and four months old, Zepp said.

As Zepp grew into her role, more programming was introduced, including a Chanukah party, three virtual Tot Shabbat programs and, most recently, a Purim party. Other activities have included outdoor walks as well as fitness sessions focused on pre- and post-partum exercise.

The majority of Edmonton Shalom Baby programming has been done in person with organizers pivoting, to online activities as necessary.

“Being on leave and having new babies can be isolating,” says Zepp. It’s hard sometimes to find others going through the same experience, and so it’s nice to bring together a local Jewish community and forge connections between parents and kiddos that can continue for the rest of their lives.”

Connecting with other parents is not only her work but an important part of her own self-care as a new mom, Zepp says.

“I probably would have found ways to connect with the people I already know, but connecting with people I didn’t know or didn’t know as well has been great.”

Forming community is important to Zepp on a number of levels.

“I converted to Judaism, so I didn’t grow up in the community. My husband is very involved, so that I’ve always felt included through him, but this is my first time being part of it myself, independent of him. It has been really quite cool to be a part of that and see that this is where our family belongs…and that I am able to help create a network our son will enjoy as he grows older.”

In both Edmonton and Calgary, Shalom Baby organizes gift bags filled with presents  for new arrivals and information for parents including an introduction to the magic of PJ Library.

Developed by the Massachusetts-based Harold Grinspoon Foundation—which partners with Jewish communities and philanthropists around the world—PJ Library shares the gift of Jewish literacy with young families, delivering beautifully written and illustrated, age-appropriate books (and sometimes music) directly to their mailboxes each month.

When PJ Library programming was first introduced in Calgary, it quickly grew in popularity with significant demand coming from parents with very young children.  It became evident that a different format was needed for children under the ages of two, recalls Kathie Wainer, who recently retired after 14 years welcoming Jewish Calgary’s youngest members.

“Many of the moms were new to Calgary, or new to Judaism, or reconnecting to the community after having been away,” said Wainer on whose watch other programs for young families, including PJ Chag Sameach (educational programming for Jewish holidays) and, before that, PJ Tot Shabbat, which brought parents, tots, grandparents and other caregivers together for songs, blessings and treats on alternate Friday mornings.

On alternate Thursday mornings, the Shalom Baby playgroup would meet in a quieter atmosphere that was more conducive for babies.

When COVID closed doors, the Jewish Federations in Calgary and Edmonton opened virtual windows for young families who were hunkering down at home.

“We went to weekly Zoom meetings, by popular demand,” Wainer told AJNews adding that there was a significant upside to the virtual gatherings. More moms and kids were able to join in on the fun. “…because distance to the JCC was no longer a factor.”

“Through this we found Jewish families who lived outside of Calgary who were wanting to access Jewish programs,” said Wainer, adding that the virtual PJ programs expanded to include families in Airdrie, Cochrane, Banff and Lethbridge.

“For Tot Shabbat we’re getting people from BC, from Ontario. People can join us while vacationing down in the States. Grandparents can Zoom in if they are snowbirding in Arizona or down in Florida. It’s been an amazing opportunity to connect with those who wouldn’t ordinarily be able to connect with our programming.”

And, of course, the often erratic schedules of babies disrupt the best laid plans of their parents.

“It’s nice to have the virtual option if you’re running late or naptime got skewed a little bit,” Braitman adds.

Notwithstanding the success of virtual programming in Calgary, in-person events have recently and cautiously been reintroduced, including an Intergenerational Hamentaschen bake in partnership with Beth Tzedec Synagogue and a Purim Tot Shabbat program, the first in-person gatherings since the start of the pandemic.

Families who prefer it are still able to participate virtually.  In fact the Chag Sameach program became Chagim @ Home as organizers created holiday bags filled with resources and crafts that families could use in the comfort of their own homes while participating in holiday-themed Zoom programs.

“COVID is still very much around and people are nervous to gather in large groups and so certainly on the JCC and Federation side, we’re going to be continuing hybrid programming for quite a while. . . . We have to gauge by people’s comfort levels, Braitman said.

While Edmonton parents and babes-in-arms have enjoyed in-person Shalom Baby gatherings between spikes in the pandemic, Shalom Baby is on temporary hiatus in Calgary. Braitman says that by and large Calgary parents expressed reluctance to meet in person during COVID and felt that the virtual option was not ideal for socializing infants.

Calgary Jewish Federation is currently in the midst of hiring a new PJ Library manager who will be tasked with reintroducing Shalom Baby programming as COVID recedes, Braitman said.

More than three decades ago, as I grew round with our first daughter, it felt to me like the whole world was pregnant. Now it feels that most of our friends are becoming bubbies and zaidies. Is this merely a stage of life, or is there actually a baby boom going on in the Alberta Jewish community?

According to Jenn Magalnick, births in the Edmonton Jewish community do not quite constitute a boom, though numbers are holding steady and more babes are expected shortly.

“A boom is definitely on in Calgary,” says Danielle Braitman. “In 2020 we distributed 20 baby bags, and in 2021 we distributed 36. So far in 2022 we have distributed five bags with at least five more set to be distributed in the next two months. We are well on our way to high numbers for the year.”

But the real story is not found in the numbers.

“COVID strengthened our sense of community,” says Kathie Wainer. “We found what community really meant…and that we needed it more than ever.”

As I visit on the coast with my kids and six-month-old granddaughter, I am reminded of the power of community.  Though I am saddened we will not be together for baby’s first Passover, I am comforted by the family-friendly Haggadahs, and Passover-themed books and activities PJ Library recently delivered here.

One of the books is a delightful riff on the Passover song Dayenu (It would have sufficed!). I wrap my arms around my granddaughter and sing.

It takes a shtetl to raise a Jewish child. And I am filled with gratitude knowing that the local Jewish community is helping our kids to raise theirs.

For more information about PJ Library and Shalom Baby programs go to www.jewishcalgary.org or www.jewishedmonton.org or contact your local Jewish Federation.

Be the first to comment on "Did the pandemic usher in a baby boom?"