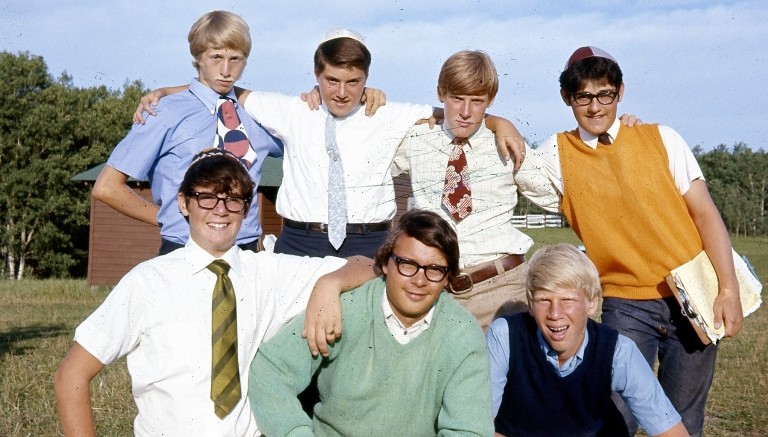 Camp BB-Riback situated on the beautiful shores of Pine Lake Alberta will be celebrating its 60th birthday on June 24 - 26, 2016. Everyone is invited to attend - whether or not they went to camp. For information visit campbb.com.

(EJNews) – This year, 2016, marks the 60th anniversary of Camp BB Riback at Pine Lake, Alberta. The Camp opened in the summer of 1956 with Aron and Ida Eichler of Calgary being the first Camp Directors.  In honour of the Camp’s many proud accomplishments over the past 60 years, a large, festive and celebratory anniversary gathering is being planned for the weekend of June 24-26. Everyone is invited to attend, whether or not they went to Camp. 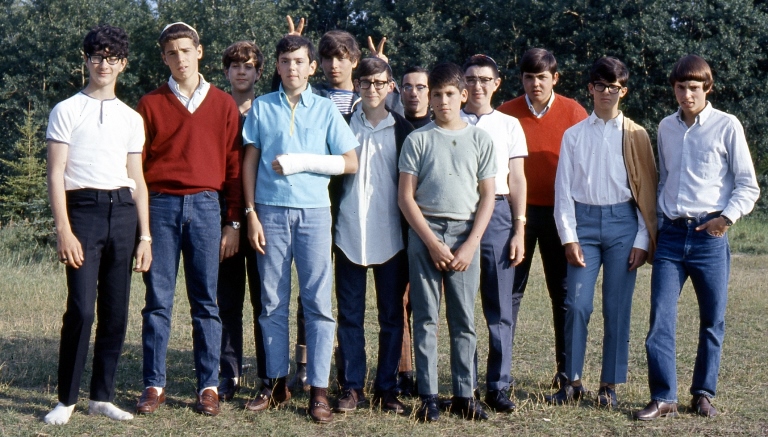 Here is a blast from the past – a group of Camp BB-Riback campers from the 1960s. Any Edmontonians in the group? Whether you went to camp or not – the 60th birthday celebration from June 24-26 is going to be a wonderful celebration.

There have literally been thousands of campers and staff who spent their summers along the eastern shores of beautiful Pine Lake since 1956.  And as Rich Eichler, son of Aron and Ida, as well as Co-Chair of the Camp’s 60th Anniversary celebration says, “It’s an open invitation to everyone, for what will no doubt be a fun-filled and memorable weekend.  For those who spent summers at Pine Lake as either campers or staff, we want them to re-live those days, see old friends, and take part in all the fun they had amidst the many warm, rich traditions that Camp provided.  And for those who never went to Camp BB , we want to showcase our facility so they can see what the Camp offered years back, but also what new features it has today.”

As it has been well documented, Camp BB started with a dream based on a clear perception of need to deliver a true sense of community to Jewish children in Alberta and Saskatchewan outside of a classroom setting.  Enter Ted Riback of Calgary – for it was Ted who was the visionary behind establishing Camp.  He took it upon himself to build a Camp that would not only be situated in a picturesque setting along a lake, but also located about half-way between Edmonton and Calgary so that Jewish children and young adults in both communities could meet each other, learn about each other, and gain life-long friendships along the way.

“It really started with Ted,” says Rich, “although he also recruited the backing and support from many other strong, respected Jewish leaders in Edmonton and Calgary such as Mickey Dlin, Tevie Miller, Hy Shenin and Morris Hector.” Subsequently, and after much time and effort, the 132-acre lakefront property as we know it today was purchased in 1955, and the rest as they say is history.

“There’s lots of evidence to show that Jewish summer camps play an integral role in strengthening Jewish identity among its youth,” Rich says. “We’ve come such a long way in shaping the lives of so many of our kids, we want to celebrate that as we now turn 60. We’re excited to invite all of our Alumni back to their roots and to also welcome those who didn’t come to Camp but perhaps wished they did!”

Full details regarding the Anniversary weekend will soon be out, but rest assured that many of the traditions Camp has maintained through the years will be revived over the June 24-26th weekend such as breakfasts in the Chadar, performances in the Olam including Israeli folk dancing, Degel at sunset, fun in the sun at the pool and at the lake, sports activities, Shabbat & Havdallah services, bonfires with marshmallows, plus camp songs both past and present.  We’re sure many of you remember the song “Put on your Blue and White sweaters, the dirtier the better and we’ll all go to Camp BB.”

Anniversary activities will happen straight through from Friday night to Sunday afternoon.  Everyone is welcome to attend whether for the entire weekend, or for just for Sunday when a special honorary banquet will be held. For more information and how to register, please contact either Jenna Horwitz (jennahorwitz@gmail.com) or JordanWaldman (jwaldman@jewishcalgary.org) and also please visit our Camp website at www.campbb.com.