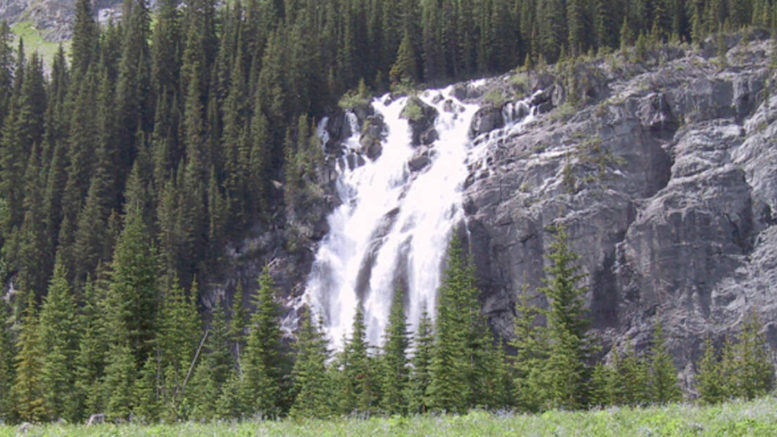 (AJNews) – A mountain on the B.C.-Alberta border named after the leader of France’s Vichy Nazi collaborationist regime has now been renamed on both sides of the border.

The mountain was named after Henri Philippe Pétain in 1919, when he was widely regarded as a war hero for his role as a field marshall in the First World War, credited with securing victory in the Battle of Verdun.

But his legacy took a dark turn during the Second World War, when he presided over the Nazis’ French puppet state. He also wrote a letter to the Nazis congratulating them on the 1942 Dieppe raid, which killed 3,367 Allied soldiers, including 916 Canadians.

After the war, Pétain was convicted of treason and found partially responsible for the murder of 76,000 Jews.

In late-June, the B.C. government agreed to rescind the name on its side of the border, which Alberta did in 2019. B.C. also agreed to rename a glacier and creek with the same moniker.

Calgary lawyer Duncan Taylor told As It Happens on CBC Radio that renaming the mountain was a longstanding goal of his father, Geoffrey, who is no longer alive.

“My dad was a big fan of the Rockies and loved hiking in Kananaskis Country, where the peak is located. And that someone who did the things that this guy did was commemorated, was honoured on the maps of our province and in an area that he cared a lot about, really annoyed him,” Taylor said.

Taylor said he used to go hiking with his father in Peter Lougheed Provincial Park, which connects to the mountain in question, and Geoffrey would quiz his kids about the names of different mountains, with a sense of discomfort when they got to the one named after a Nazi collaborator.

“He would often kind of complain about it. And one day I just [learned] there’s a form you get on the Alberta government website to rename a geographic feature,” Taylor told the CBC.

“I found it, I printed it off and I just basically shoved it in his hand and said, ‘You know, if you’re going to complain, complain to someone who can do something about it.'”

That was in 2016. Three years later, the Alberta government accepted his request.

Savannah Johannsen, spokesperson for Alberta’s minister of culture, told the CBC that the government “believes it is not appropriate for a mountain in our province to be named in commemoration of a collaborator in the Holocaust.”

In 2020, the B.C. Geographical Society received a request from a “concerned citizen” to rescind the names of Mount Pétain, Pétain Creek and Pétain Glacier, the Canadian Jewish News (CJN) reported last year.

As part of the community consultation for renaming it, the society sought support from the Regional District of East Kootenay (RDEK), where the sites are located, whose board of directors voted 11-4 in favour of rescinding the name.

One of the no votes, Mike Sosnowski, told The CJN that renaming the landmarks would be a victory for “cancel culture” and “destroying history.”

“You take the name away from the mountain, in 10 years, they won’t know he was a bad guy,” Sosnowski said.

Neither Alberta nor B.C. has chosen a new name for the mountain, which will be referred to on maps by its GPS coordinates.

B’nai Brith was instrumental in advocating for the mountain and other sites to be renamed on the B.C. side of the border, writing a letter to the government in November 2021.

A news release notes that in addition to B’nai Brith and the majority of RDEK’s board of directors, Columbia Valley Search and Rescue, Avalanche Canada, Association of Canadian Mountain Guides and B.C. Mountaineering Club, also supported the name change.

“There is no heritage benefit to B.C. in maintaining the odious memory of Pétain on provincial landmarks, so we are delighted to see that all B.C. landmarks named after him have been rescinded,” said Marvin Rotrand, national director of B’nai Brith’s League of Human Rights.

Be the first to comment on "B.C. agrees to rename mountain named after Nazi collaborator"