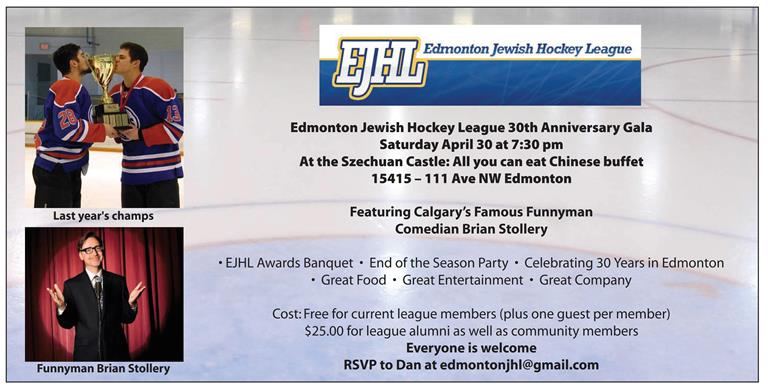 (EJNews) – On April 30, the Edmonton Jewish Hockey League will celebrate its 30th anniversary. In honour of their 30th year of play, the EJHL is inviting all past and current members along with the community at large to come celebrate at the annual EJHL Awards Banquet which this year will also be a celebration of the life and history of the league. 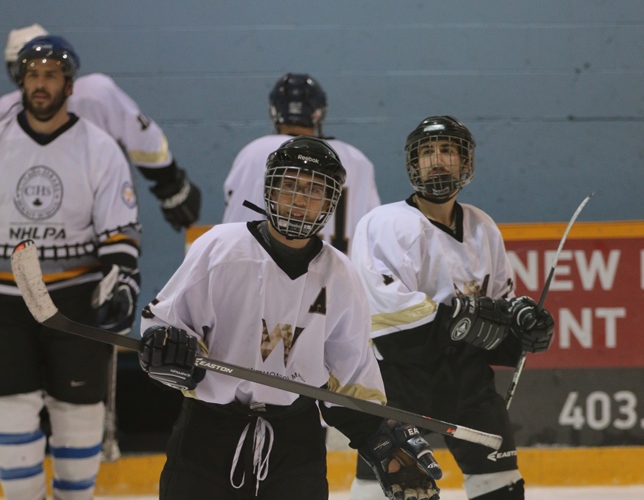 Led by the Muscat brothers, Team WEM took to the ice against reigning champs the HeAtBaGs on April 17 and the HeAtBaGs emerged victorious. The league will celebrate its 30th anniversary as well as the end of a successful season with a party on April 30. Everyone is invited! Photo by Adam Zepp

The EJHL is known city wide as one of the most consistently and successfully run recreational hockey leagues. The league plays with it’s own unique set of rules, and features four teams filled with mostly members of the Jewish community of Edmonton.  In the league’s current incarnation, the Acme Scrappers, Aldan, the West Edmonton Mall Maulers, and the HeAtBaGs square off every week in a bid to win the league championship and hoist My Son Stanley’s Cup.  This year the league champion was decided on Sunday April 17 at 1:30 PM at Argyll Arena in the 3rd game in a best of three finale that saw the now 3-time EJHL Champion HeAtBaGs led my league leading scorer Noah Soifer defeat the West Edmonton Mall Maulers led by Captain Adam Zepp, by a score of 7-4.

The EJHL will host the 30th Anniversary banquet on the night of April 30, at the Szechuan Castle (15415 111 Ave) which features an all you can eat Chinese buffet. Entertainment will be provided by Calgary’s own Brian Stollery, Winner of Canada’s Next Top Comic. The event will be free for all league members, plus one. Alumni and community members are invited to partake in the evening at a cost of $25.  Please RSVP to Dan at edmontonjhl@gmail.com. 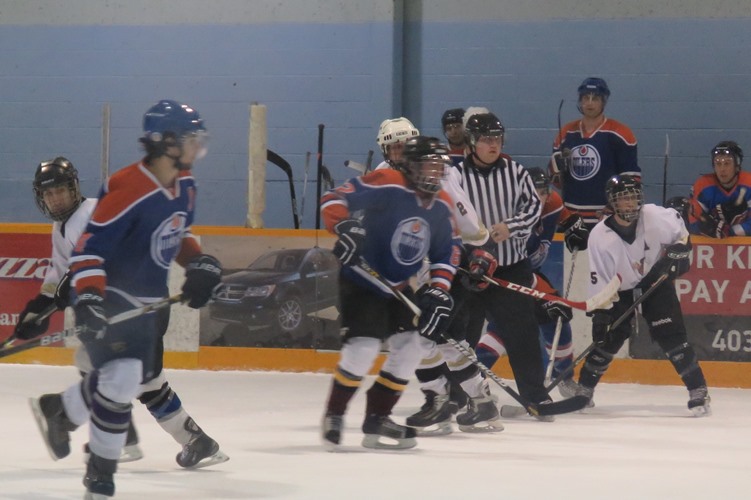 Game 3 was held on April 17; it was fast paced and hard hitting and the fierce rivalry ended with the HeAtBags winning 7 – 4.

One of the highlights of the evening will be the handing out of league awards for the season as well as crowning the HeAtBaGs as the 2016 league champion and holder of My Son Stanley’s Cup for the year.

The following awards will be handed out to the deserving league members: 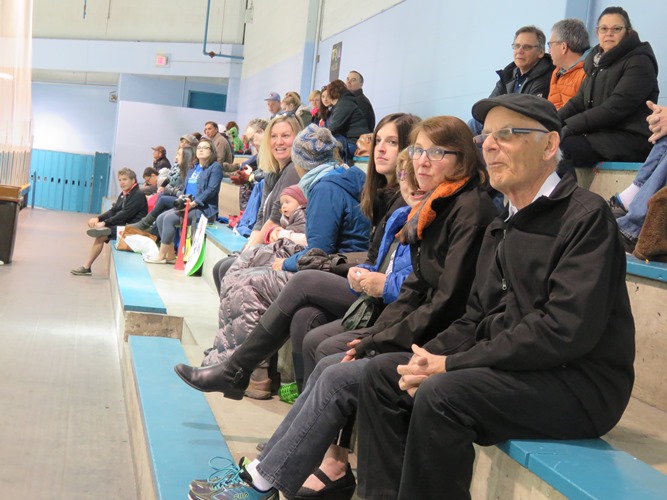 Lots of family members and friends came out to cheer on their favourite team.

Be the first to comment on "April 30: Edmonton Jewish Hockey League celebrates 30 years"