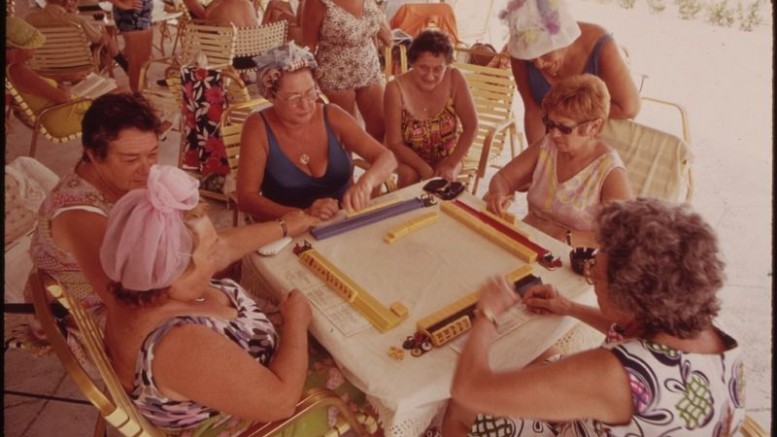 (JTA) — Four elderly Jewish women playing mahjong in Florida may not sound like a crime — but that’s what was recently alleged in the city of Altamonte Springs.

Lee Delnick, Bernice Diamond, Helen Greenspan and Zelda King — aged 87 to 95 — had their weekly game interrupted by police who stopped them from playing in their usual spot, the Escondido Condominium clubhouse, on suspicion that the group was illegally gambling.

King told the Heritage Florida Jewish News that a “troublemaker” in the building had alerted authorities to their weekly game.

The ladies were told by the Escondido property manager to “lay low” for weeks until the issue sorted itself out.

“This is ridiculous!” King said. “We haven’t played in the clubhouse for weeks! We have to go to each other’s homes to play, and not everyone lives in Escondido. It is an international game and we are being crucified!”

As it turns out, there is no ordinance in Altamonte Springs against mahjong gambling. The Heritage Florida Jewish News reported that Florida’s gambling laws allow certain “penny-ante games,” or games through which a winner wins $10 or less.

The bubbes’ mahjong game, which caps the winner’s earnings at a steep $4, falls within the confines of the law.

King told the Heritage Florida Jewish News that the ladies can now laugh about the whole affair at their next mahjong game in the condo clubhouse, scheduled for after Thanksgiving.