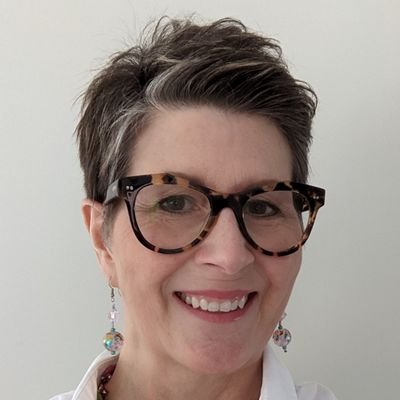 Edmonton author, Nikki Vogel, has brought the mythologized Golem story to Alberta – with a twenty-first century twist.  In her debut young adult fiction novel, published by Thistledown Press, Vogel explores themes of cultural identity, coming-of-age, the pursuit for belonging, and self agency.

“This manuscript is a product of work I did on my master’s thesis,” explained Vogel in a recent phone interview.  From the Bay Area originally, Vogel and her family have long called Edmonton home.  Through remote matriculation she earned her MFA from the University of British Columbia and has been published in literary journals and anthologies.

Her first book, Silencing Rebecca (ISBN: 9781771872263) may be within the young adult genre, but covers some universal concepts and themes and will most certainly resonate with wider audiences.

Rebecca’s initial story is one typical of a youthful coming-of-age narrative, but with the very inventive shocker that she transforms into a Golem. The inclusion of the Golem legend serves the dual purpose of emphasizing Rebecca’s feelings of social and cultural alienation after moving to a public school in Edmonton from an observant Jewish community and education in Toronto, and also shines a light on how society as a whole has silenced the voices of young women for far too long.

“I was at a writer’s conference and there was a guest speaker, a publishing agent, who proposed the challenge of taking existing, well established literary tropes, and completely inverting them,” said Vogel.  “I guess the Golem story is not exactly a literary trope, but I was still quite intrigued by the possibility of rediscovering the character in a contemporary way.”

And rediscover she has!  The book is exhilarating for those new to the story of the Golem, and an entertaining innovative journey for those long familiar with the legend.  “She has unwittingly become an exile” (65), the text reads.  Vogel quite elegantly weaves in an examination of social and emotional isolation as her protagonist experiences the challenges of transitioning to womanhood and negotiating her relationship with her body’s unfamiliar metamorphosis.

Vogel’s treatment of adolescence is thoughtful and compassionate making Silencing Rebecca a potentially great read for teens on the verge of their own self-discovery.

“Staring at her things, she debated whether to leave everything except the purse and cell phone behind.  She couldn’t do it.  People had seen her drop them.  It was almost littering.  A girl picked up the tampon and handed it to Rebecca.  Ears scalding Rebecca thanked her and put it in her purse” (99).

In a scene vaguely reminiscent of the 1976 adaptation of Stephen King’s Carry, Rebecca must learn to maneuver her way through the uncertainties of puberty, and her own pending womanhood and all it entails.  Her transformation into a Golem is a supernatural literary emphasis of her corporeal alienation from her psychological self.  Vogel also examines the complexities of becoming a woman from a more traditional vantage point not unlike the celebrated and simultaneously controversial work of memoirist Deborah Feldman in her bestseller turned mini-series Unorthodox: My Scandalous Rejection of my Hasidic Roots.

“Rebecca sat in one of the chairs and began to cry.  She found she couldn’t wait to be prompted to tell her story; it was clamoring for release.  ‘My father has changed.  We can’t seem to get along.  I found out something, something that he lied to me about, and it’s changed the very way I feel about him, and myself.  And I’ve been behaving differently ever since.  Acting out.  Talking back. Dressing regular, not frum.’  Stealing.

‘Then he tells me we’re having company, and the next thing I know, I’m meeting my potential husband.  Like it’s no big deal.  He never asked me if it was okay.  We’ve never talked about arranged marriage.  And the boy – He – It was mortifying, and my father thinks I’m being dramatic’” (184).

With a non-Jewish love interest at her secular school gaining momentum, the idea of an arranged marriage is almost as terrifying to the protagonist as her lack of control over her own body.

“I hope that the story of Rebecca speaks to wider audiences,” commented Vogel.  “Yes, it’s rooted to Jewish identity, especially because of the Golem, but I had always intended it to appeal to both Jews and non-Jews.  With my writing I really try to transcend cultural and social barriers, or to at least challenge them,” Vogel elaborated.

Like so many stories that have withstood the passage of time, the story of the Golem included, Rebecca’s journey is a universally relatable one – one of self discovery.  Silencing Rebecca is a fun and engaging read that fuses contemporary narratives with pious tradition and stirring folklore.