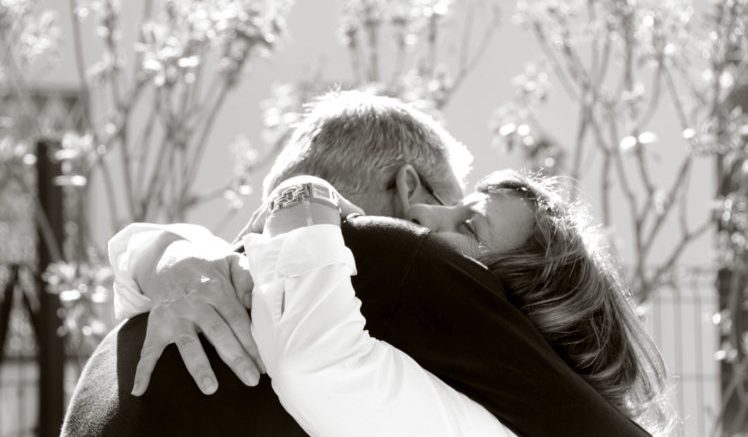 (Rabbis Without Borders via JTA) — The month of Elul is the season of repentance and forgiveness that culminates with Rosh Hashanah, Yom Kippur and Sukkot.

In the rabbinic imagination, Elul is an acronym for “Ani L’Dodi V’dodi Li” – “I am my beloved’s and my beloved is mine.” This verse from Song of Songs is understood in regards to this season as reminding us that when we reach out to G-d, G-d in love takes us back. This culminates in the holiday of Sukkot, in which the fragile hut with the open roof symbolizes the marital home and the trust in its ability to withstand the winds and the rains in the grace of G-d’s love.

But what happens when it doesn’t?

It’s not a terribly uncommon story these days to hear of a husband or wife who decides that the stability of marriage isn’t as exciting as a new infatuation. Some people are so addicted to those feelings that they pursue them time and again, through multiple marriages, and nonstop entanglements and drama.

We like to think of love as that which cures all, the cause of all happy endings, but for too many people, love ends in betrayal and brokeness. Even G-d, throughout the Torah, suffers from these feelings – it is not for nothing that the metaphor most commonly used for Israel turning away from G-d is the deepest, most heartrending one of the marriage betrayed.

What about when love doesn’t carry the day? It is well known that Jewish law states that for wrongs between people, G-d does not forgive until forgiveness is asked and received by the people involved.  And in theory, no one wants to be that person who can’t let go, who refuses the request for forgiveness.  But is it really possible, or even right to forgive everything?

The word “elul,” when one adds the letter yud at the end, becomes “eluli” — “if only, if it weren’t for.”  In the rabbinic imagination, the letters that make up G-d’s name become an extension of G-d, so that adding a yud to elul is symbolically pouring G-d into the month of Elul.

If it only weren’t that, we might say, then I could forgive. Our society loves the prodigal.  Social media are filled with inspirational memes about forgiveness – that we should forgive, that it will help us, if not the person who wronged us. But I’m not entirely sure. Forgiveness doesn’t necessarily mean the cleaning of the slate, but it certainly implies that what was done can be repaired, or at least moved on from – but what if it can’t?

This season is replete with people sending each other messages of trivial apology and forgiveness – “If I have done you wrong, please forgive me…” “Of course!” But perhaps some years we should live in our sin for a while.  Maybe it would be worthwhile to spend longer saying “If only I hadn’t …” or insisting that some wrongs cannot just be glossed over.

There is much discussion these days of micro-aggressions and triggers. “Brush it off!” comes the choir. “Grow up!” “Grow a thicker skin!”

But perhaps what we really need is a thinner skin, and more attention to the small things that do harm, and instead of brushing off, maybe we should grab them and wave them around a bit. Maybe those tiny barbs are actually the building blocks for larger wrongs, the way that they hook on to those with less power. Maybe the wronged spouse shouldn’t be so ready to forget and move on, and maybe we shouldn’t ask them to.

Maybe eluli really means “If I only could hold on a minute more, maybe next time things will be different.” Maybe when we say that “I am my beloved’s and my beloved is mine,” we should think of love as an aspect of eternity, that what we do and say doesn’t disappear, for good or for bad, but lives on in us, and we shouldn’t be so ready to let it go.

(Rabbi Alana Suskin received her rabbinic ordination and master’s degree in rabbinic studies from the University of Judaism’s Ziegler School of Rabbinic Studies.)

Be the first to comment on "Yom Kippur: How Can We Forgive the Unforgivable?"