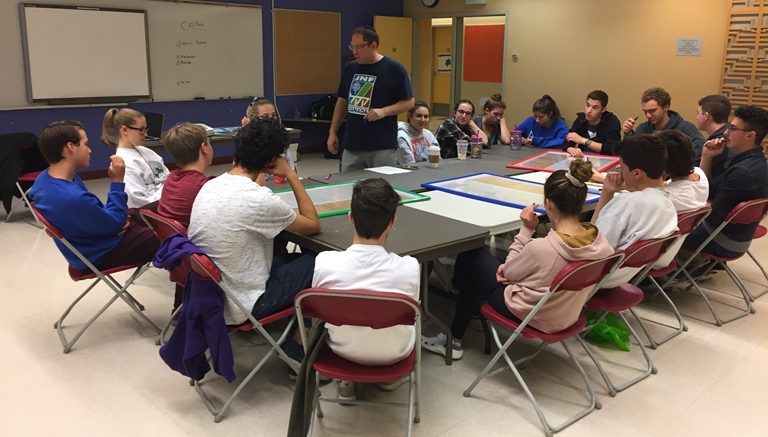 Edmonton JNF Director Jay Cairns joined Northwest Canada Regional BBYO leadership at their recent Fallboards for a discussion on "Why Wonder Woman has always been Israeli."

(EJNews) – Jay Cairns Director of the Jewish National Fund in Edmonton was a guest speaker at the recent Northwest Canada B’nai B’rith Youth Organization (BBYO) leadership convention – called Fall Boards. The topic of his session was “Why Wonder Woman has always been Israeli.” Besides the obvious that the talented Israeli actress Gal Gadot was perfect in the role on the big screen, Jay took the youth beyond the obvious and presented related themes including Israel’s declaration of Independence and the importance of standing up for what’s right despite the risks. An engaging discussion ensued, with the BBYO leaders relating the character of Wonder Woman to our responsibilities to help one other, doing what we can to facilitate global harmony and the Jewish concept of tikkun olam. 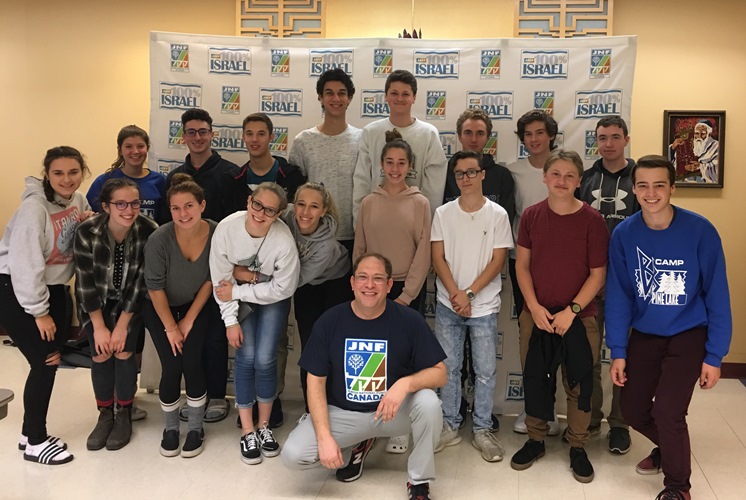 Be the first to comment on "BBYO leaders ponder: Why Wonder Woman has always been Israeli"