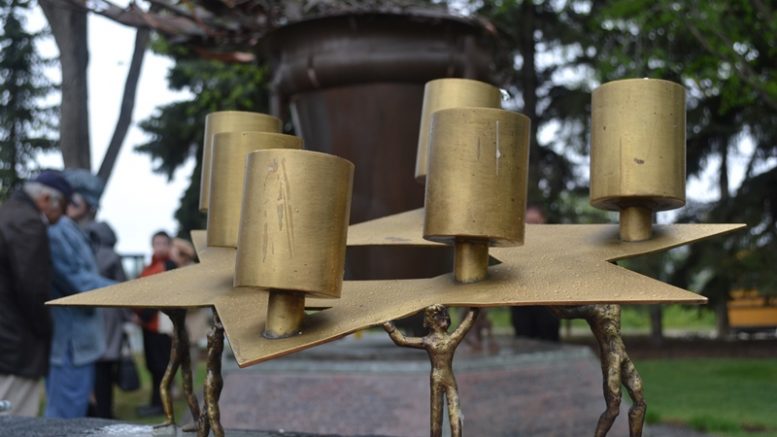 A moving Yom HaShoah candlelighting ceremony was held on May 5, 2016 at the Holocaust Monument at the Alberta Legislature Grounds to commemorate Holocaust Remembrance Day. Photos by Edmonton Jewish News

(EJNews) – On May 5 a solemn ceremony was held at the site of the Holocaust Memorial Monument at the legislature grounds in Edmonton to commemorate Yom HaShoah, Holocaust Remembrance Day.  The sky was overcast and a soft rain fell over the crowd prompting event organizers to distribute black umbrellas, giving the event an even more somber atmosphere. 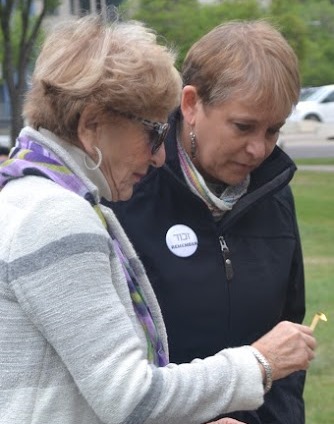 Each speaker gave a heartfelt tribute about remembering the victims, martyrs and heroes of the Holocaust. They stressed the importance of recalling the extreme suffering at the hands of hate and making sure that it never happens again.

A moving candle lighting ceremony was conducted by Holocaust survivors as well as second and third generation survivors who are members of the Edmonton Jewish community. The ceremony honoured the memory of the six million Jews who perished during the Holocaust at the hands of the Nazis and their accomplices.

The Talmud Torah choir performed Eli Eli (Oh God my Lord), a Hebrew folk song whose lyrics were written by Hannah Szenes, a Jewish heroine of World War II. Szenes was killed in 1944 after being captured in Hungary, during an effort to save Allied prisoners of war and organize Jewish resistance.

The Jewish Federation of Edmonton sponsored the event which was attended by leaders and members of the Jewish community as well as a number of government officials and dignitaries. The event concluded with the singing of Ha Tikvah. 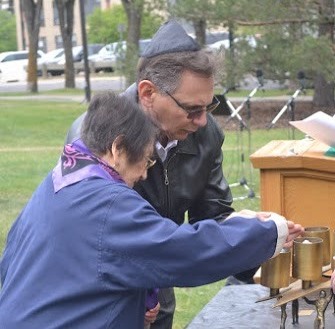 “Between 1933 and 1945, approximately six million Jews were systematically murdered by the Nazis. Today, we honour the brave survivors, and recognize those who risked their lives to save others.

“The rituals of Yom HaShoah hold tremendous meaning for the Jewish community and many other Canadians. Tonight and tomorrow, in private homes, synagogues, and temples, families and friends will gather. Many will light a memorial candle, sing, pray for the victims, and recount the stories of Holocaust survivors.

“Yom HaShoah is a time to reflect on the atrocities of one of the darkest chapters in human history. On this day, we also reaffirm our commitment to Holocaust remembrance and education. It is an opportunity to reiterate our steadfast commitment to fight anti-Semitism, racism, and all forms of discrimination – whenever and wherever they occur – so that such horrors never take place again.”

Yom HaShoah commemorative service at the Legislature Grounds in Edmonton. Photos by EJNews 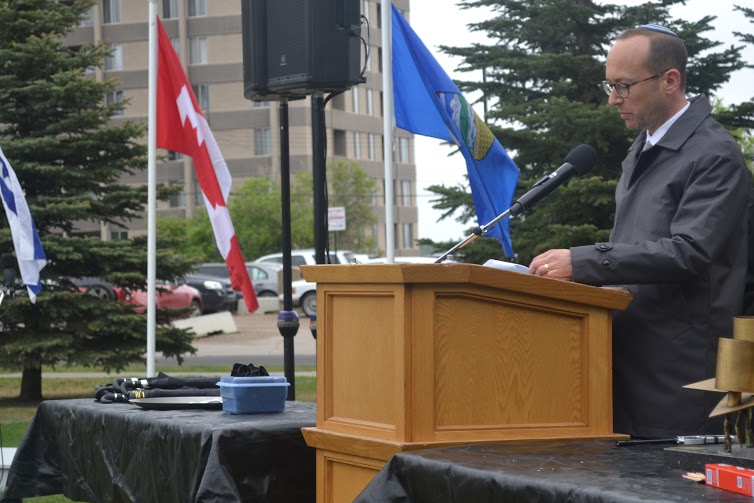 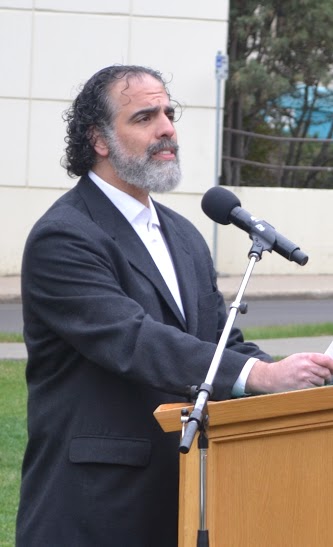 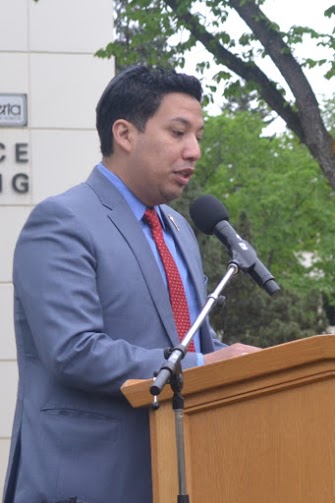 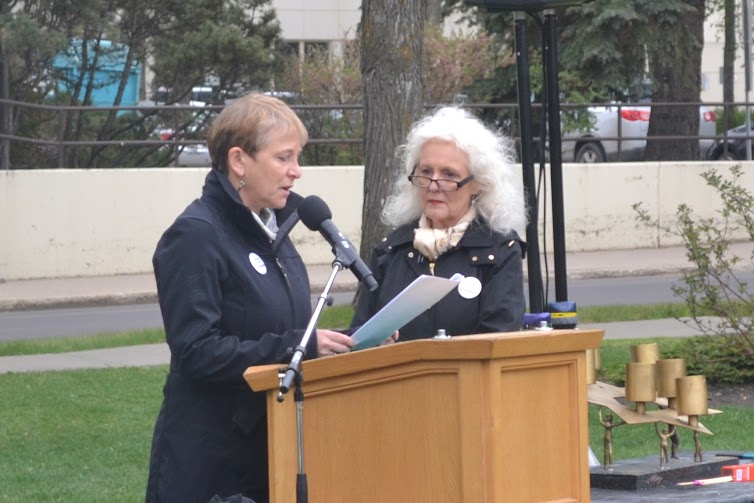 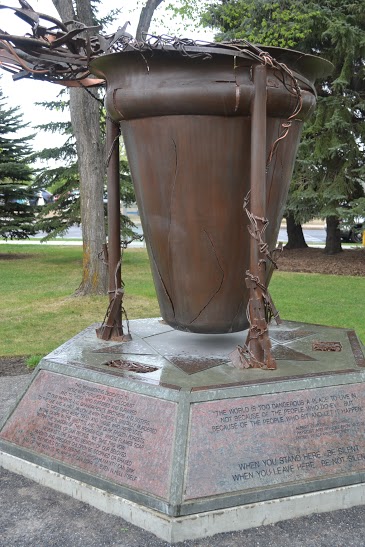 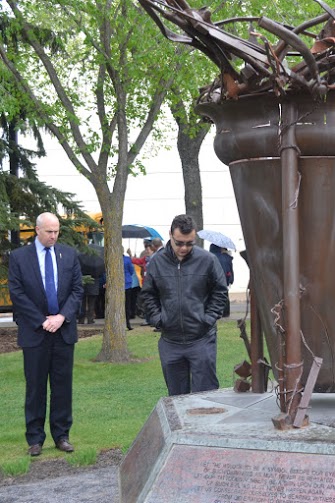 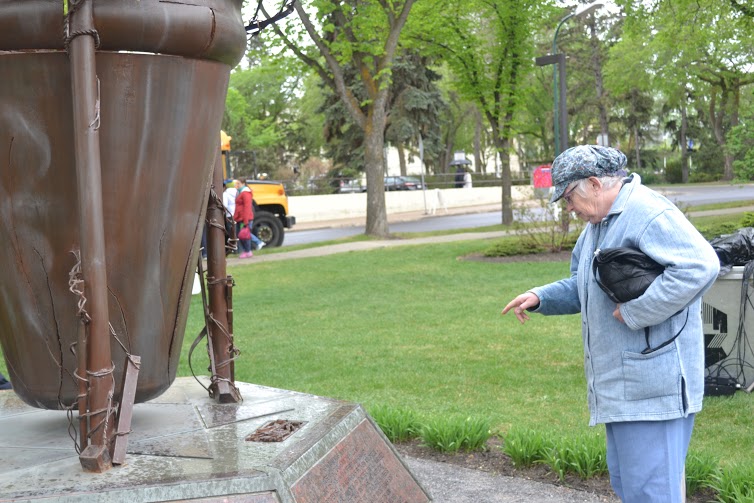 Be the first to comment on "Yom HaShoah: Holocaust Remembrance Day commemorated in Edmonton"