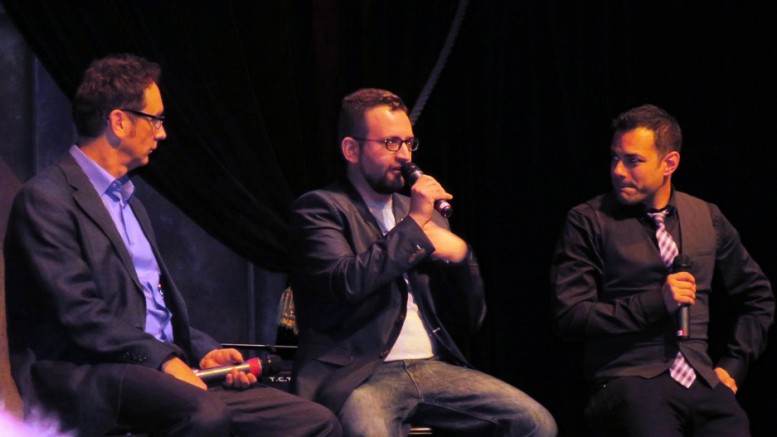 "Yid Life Crisis" duo Jamie Elman and Eli Batalion entertained the crowd at the launch of the 2015 Edmonton UJA Campaign. They joined emcee Neil Grahn for a Q and A after the show. Photos by Dan Moser

(EJNews) – The Jewish Federation of Edmonton launched the 2015 United  Jewish Appeal campaign with an enjoyable evening event that brought humour and irreverence to the community while at the same time paying tribute to Jewish culture and tradition.

The highlight of the evening was the comedic antics of YidLife Crisis who with their Yiddish humour, reminded us of our cultural roots and our raunchy sensibility.  The duo, Jamie Elman and Eli Batalion, proudly hail from Montreal, and the evening was especially fun for fellow Montrealers and Toronto frenemies. The comedy team showcased episodes of their program YidLife Crisis interspersed with friendly banter, crowd kibbitzing and clever anecdotes. 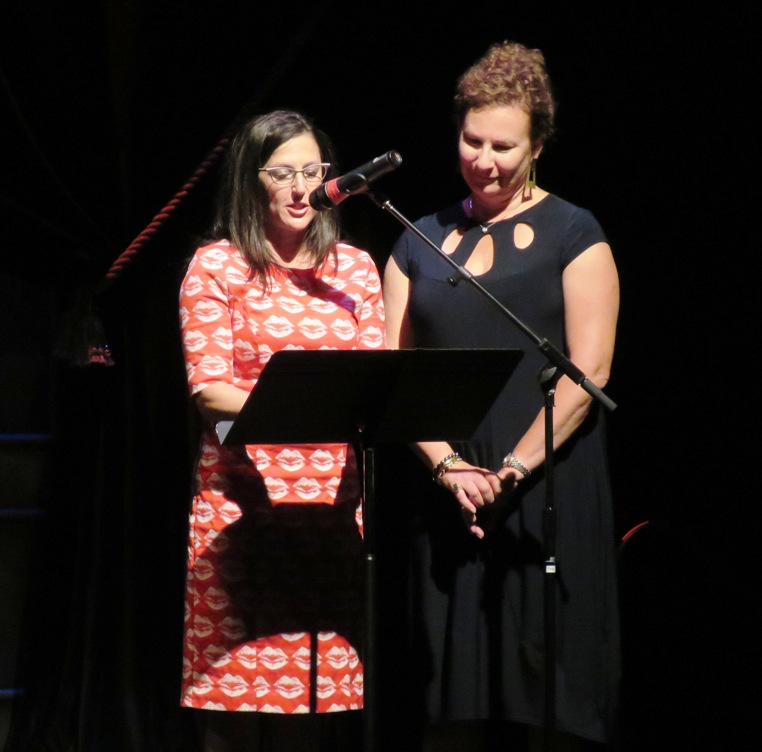 The program is mostly performed in Yiddish with English subtitles, but audiences have no problem understanding the dialogue, which explores the experiences of two young Jewish men as they satirically struggle with their Jewish identity. Think of it as an homage to Jerry Seinfeld and Larry David but in Yiddish. It is actually a real treat to see the twinkle in the eyes of Elman and Batalion as they discuss inane situations in the “Mother Tongue.”

In addition to the entertainment, the evening launched the 2015-16 campaign of Edmonton UJA, which this year will focus on the theme, “Do Good Everywhere from Anywhere.” Campaign Co-Chairs Stacey Leavitt-Wright and Suzanne Davis are bringing a new level of enthusiasm and professionalism to this year’s campaign, which is aimed at reaching the goal of $1.2 million.

The co-chairs addressed the crowd of close to 200 people explaining that proceeds will go to fund local, as well as national and international beneficiaries such as Jewish Community Programming, Hillel, JCORE, BBYO, Camp BB, Talmud Torah, Jewish Family Services, CIJA, JFC-UIA, JDC, JAFI and our partners in Northern Israel. In addition this year there will be a plus campaign to purchase incubators for the NICU at HaEmek Afula hospital in the Galillee. 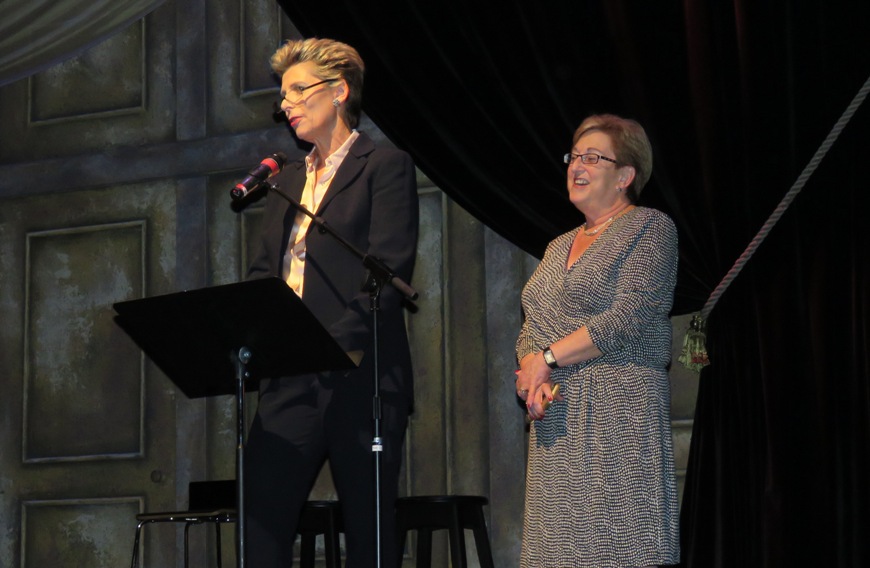 JFC-UIA Canada President Julia Reitman from Montreal and CEO Linda Kislowicz from Toronto were special guests at the UJA launch which was held at the Citadel Theatre.  The two national leaders commended the efforts and commitments of our local leaders, volunteers and donors and stressed the importance of being part of a bigger Jewish community – a National body – that works to sustain Jewish life in Canada.

“Together we can do great things for Jewish life in Canada,” concluded Reitman.

Elman and Batalion had some great laugh out loud moments, including an episode where in Yiddish one of them goes to great lengths to describe his love for large “Zaftig” women. Following that particular episode, the two read some “real life” emails they received from angry audience members that found the dialogue to be insulting.  One of the email authors went to great lengths to hilariously debase the duo and the other was a “shame on you” letter from Batalion’s mom. 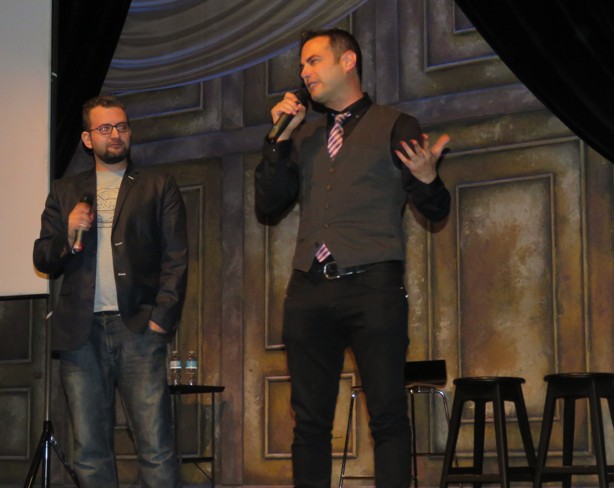 Much of the humour dished out by the duo was about food and another very funny moment was when they sampled an Edmonton bagel. The said it was 286% percent better than any bagel you would find in Toronto. Then in the same breath, they said it didn’t come close to the fine quality you find in Montreal. (“I wouldn’t serve it to my dog in Montreal,” quipped Elman.) Actually he reneged on the insult saying it was truly delicious and that he had devoured it.

At the end of the evening, the two sat down with emcee Neil Grahn and discussed the importance of Jewish identity and the need to respect all people no matter what their beliefs. They called it – the “ish” in Jewish. “Identity is a very complex thing,” noted Batalion. “Things are not black and white, it’s all blended. It’s all ish.”

Click here to enjoy the antics of Yid Life Crisis on video and in the most recent episode keen observers will get a peek at Camp BB-Riback alumni Kira Blumer and Steven Wagner.

To learn more about the important work of the United Jewish Appeal and to donate online visit jewishedmonton.org.

Enjoy our photo gallery from the event. 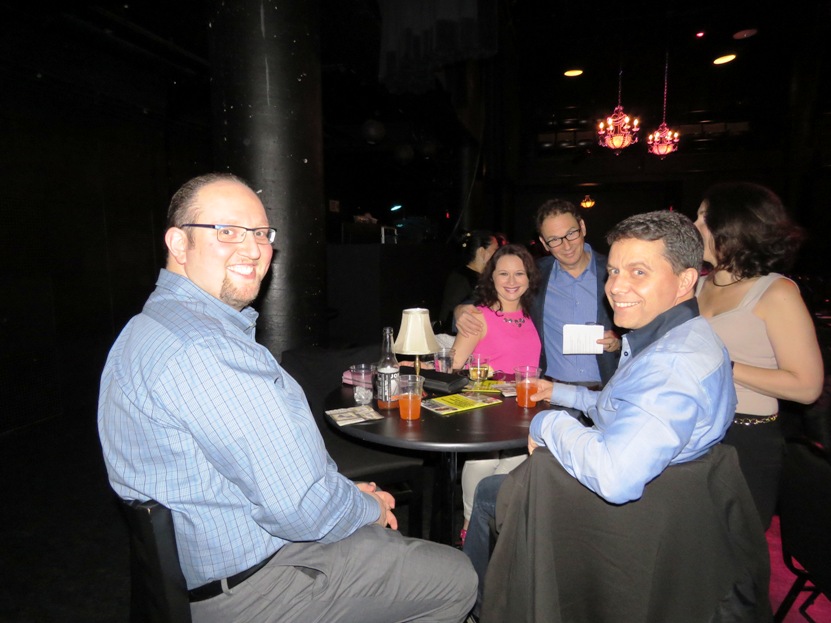 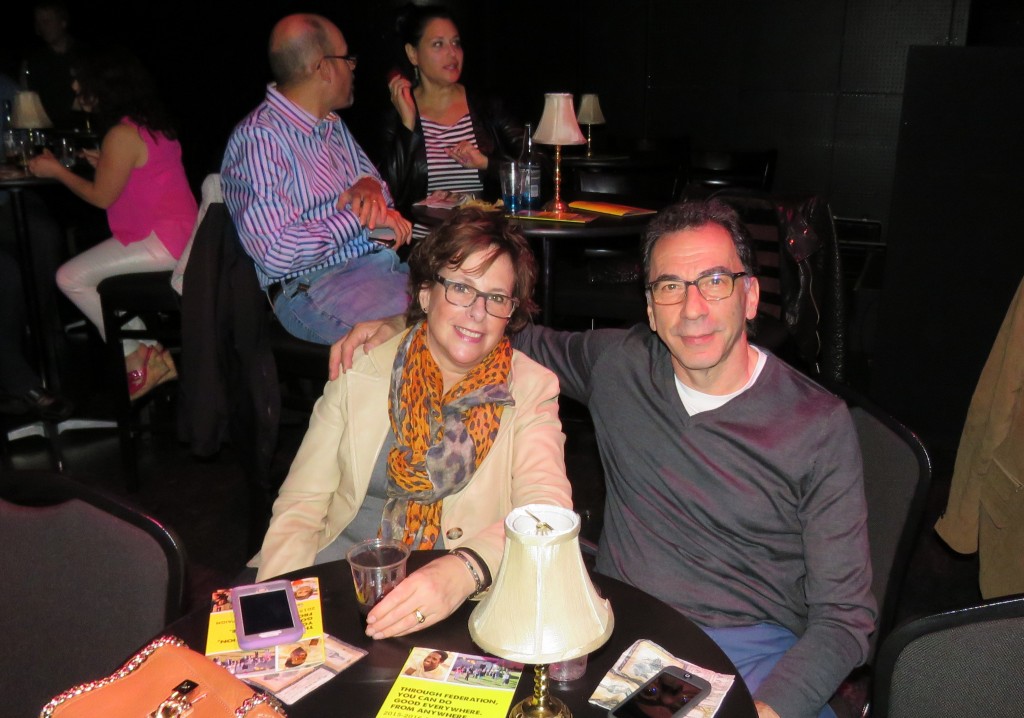 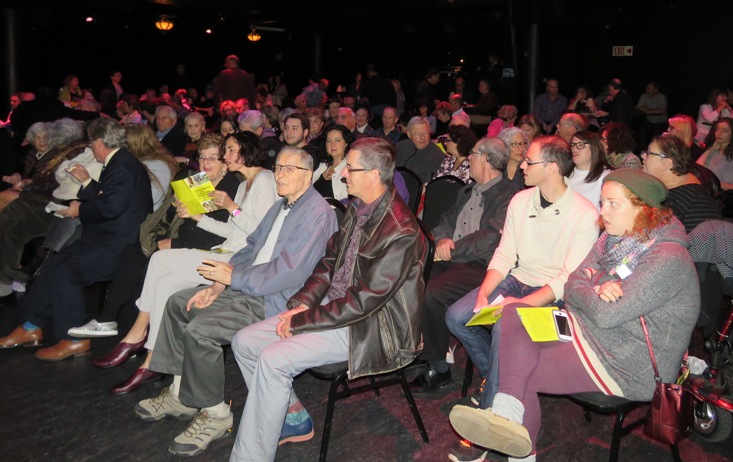 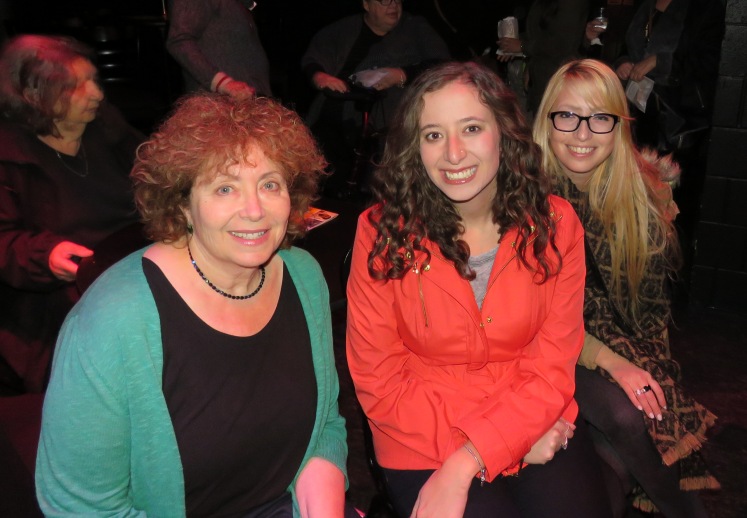 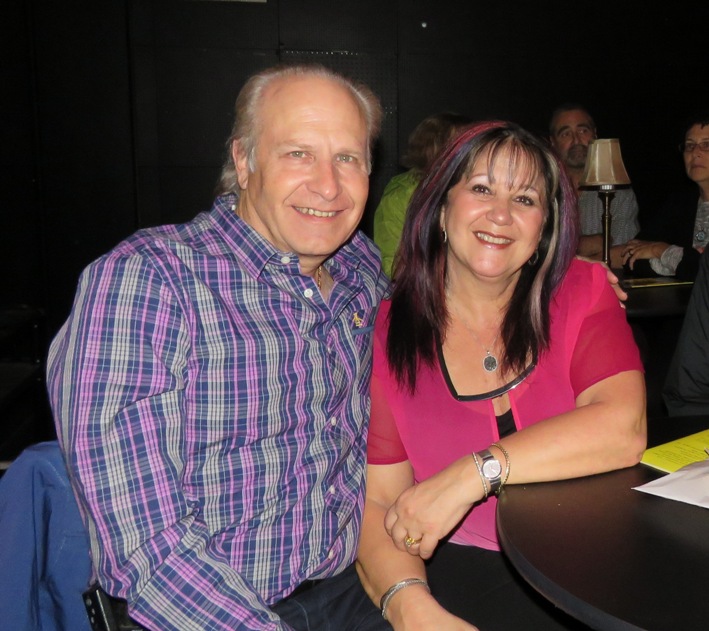 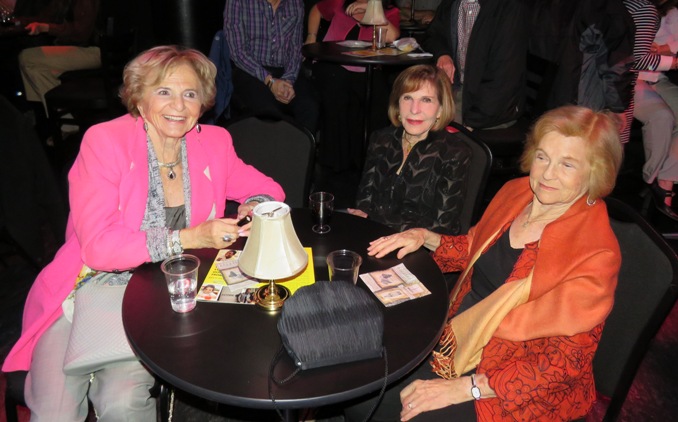 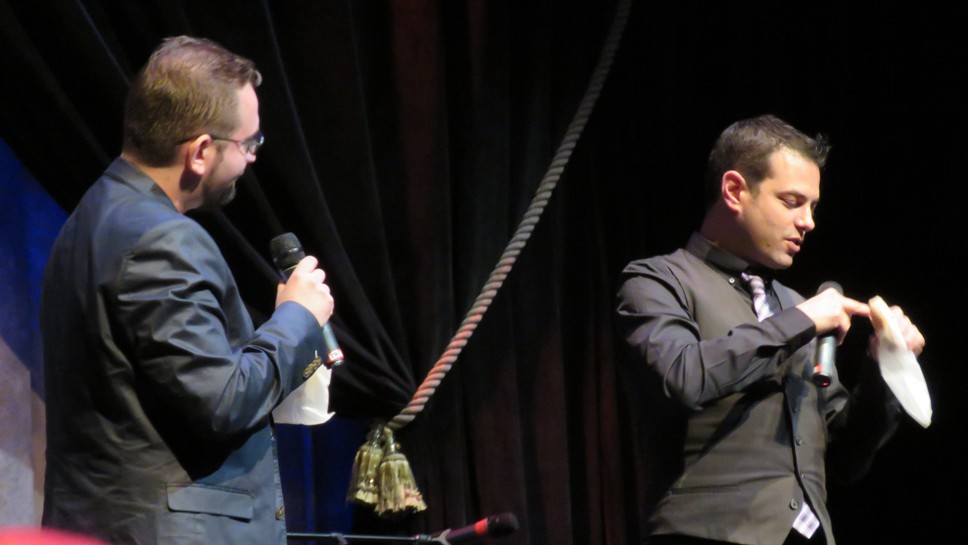