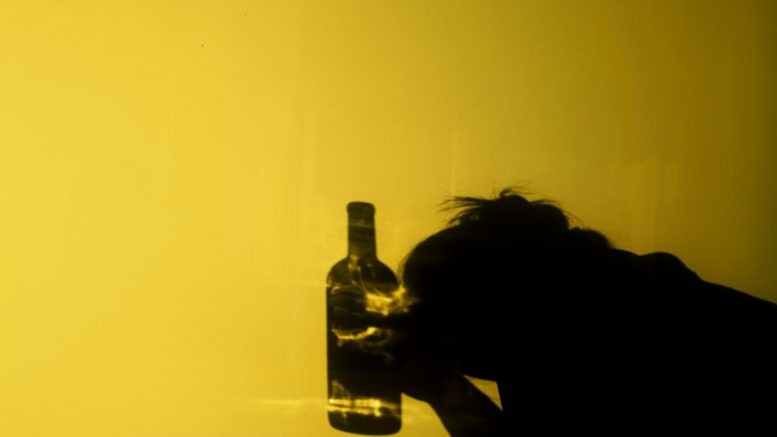 (Kveller via JTA) — One of my more formative childhood memories was an evening when I was in the sixth grade. I sat on the deck in the emerging spring warmth and eavesdropped on my parents’ conversation, which was the result of my brother’s failing his first of many drug tests. This was not my brother’s first run-in with alcohol or drugs, and by this point it was clear this wasn’t just rebellious teenage behavior that he’d quickly grow out of.

The conversation was heartbreaking. My mother sobbed through much of it, wondering what they’d done wrong or neglected to do right while my father’s vocal inflections wavered between comfort and desperation. It was at that moment I made a decision, and once I’d made it I felt it settle, firmly, in my core: I would never do anything to cause my parents to have a conversation like this about me. I would be the child they didn’t need to worry about.

And for many years I was. I excelled in school as an academic, an athlete and a musical-theater kid. I was elected student body president of my high school, and I earned a full-ride college scholarship. Throughout high school I’d made it known that I didn’t party, and perhaps because I was so open about it, my peers accepted it, no questions asked. As my achievements mounted, I spent a lot of time daydreaming about what my life might entail – marriage, family, career — but never did I envision a life in which I was physically and mentally addicted to alcohol.

When I began graduate school in my mid-20s I allowed myself to indulge in drinking for the first time. Most of my peers had spent their undergraduate years in an alcoholic haze, and I reasoned that my choice to wait until I was legally allowed to drink was yet another behavior in line with that decision I’d made so many years earlier.

Though I consider myself an extrovert, in graduate school I found myself feeling diminished by my peers. I often worried that they were much more talented than I was, and drinking buried that concern and gave me the confidence I lacked. Alcohol quickly became the answer to just about anything: If I had a reason to celebrate, I did it with alcohol. If I had a bad day, alcohol would lift me out of my slump. If I was bored, alcohol filled the hours.

Naively, I’d assumed that a natural inclination to stop drinking would come over me, but that inclination never came. A roommate told me, out of the blue, that she thought I drank too much. I wasn’t surprised, though, since she didn’t drink at all. I simply got myself a different roommate. But that roommate said the same thing, so I began to hang out more with people from work, people who drank like I did. It was easy to see my drinking as normal when I compared myself with those who had similar behaviors.

I was a binge drinker, but drinking on weekends became drinking on weekends and some weeknights. When I wasn’t drinking, I was planning when, where and what I would drink. That’s when I noticed what I deemed a pacing problem: I couldn’t predict how I would react when I drank. Sometimes three drinks was enough, but other times it wasn’t. Sometimes I’d remember exactly what happened when I drank, but more often I wouldn’t. It became my pattern to conduct a detective search the morning after a drinking binge, scouring my apartment and phone history for clues as to what I’d done the night before. “I don’t remember” became a mantra.

I drank through my 20s, and when I met the man who is now my husband, I lied to him about how much I drank. He worked at a Jewish day school and was the youth director at the local synagogue. When we were out, we always seemed to run into someone he knew from those places, and he’d taken to pleading with me to keep it to no more than two drinks when we were in public. But I’d often find a way to sneak more.

I’d experience moments of clarity in which I recognized that my drinking wasn’t normal. I’d vow genuinely and solemnly to stop, but within an hour or two my brain had constructed a number of very valid reasons why I didn’t need to stop. My brain would not only lie to me, but it would convince me to believe those lies. One day, two years into our marriage, my husband called me on his way home from work. My slurred speech gave me away, and after I hung up, I panicked and left the house. As he turned into our suburban neighborhood, my husband found me drunkenly stumbling along the sidewalk. Once home, he gave me an ultimatum: I could choose alcohol or our marriage, but I couldn’t sustain both.

I went to my first AA meeting that night. I heard others talk about having lost jobs, children, family members, relationships and homes because they had prioritized alcohol. Though I knew at this point I had a drinking problem, I couldn’t relate to that level of loss. Growing up, the only thing I’d ever associated with alcoholism was homelessness and poor choices. Did I really fit in with these folks? Did alcoholism mean all or nothing? Was there such a thing as a “nice Jewish alcoholic,” and, if so, was I one?

It took me a few weeks of meetings to accept and admit that I am an alcoholic, and here’s why: Alcoholism is a disease that’s often believed to be a result of behavior alone. The widespread belief is that alcoholic equals bad person who brought this upon herself. Society places blame upon alcoholics for having acquired the disease, as if it were something we’ve chosen to become. I’d been “the good kid” all my life, so it took me awhile to understand that alcoholism doesn’t discriminate. It affects all types of people, no matter what choices they’d made.

Society most often defines alcoholism by its symptoms, i.e., alcoholic behavior. Let’s be clear: Alcoholism is a medical disease that’s treatable but currently incurable. Let me reiterate this because it is a common misconception:  Alcoholism is not a behavior — it is a progressive disease, with both mental and physical components that often manifest behaviorally. The behavior is a symptom of the disease. When someone is, indeed, an alcoholic, she can no more stop being an alcoholic than she could stop being a diabetic.

So I got sober, which was a choice. Often it’s called a “bottom,” loosely defined as the level of deprecation you’re at when you finally decide that you’re willing to do whatever it takes to stop drinking. It wasn’t easy to get sober, but I’ve found it does get easier. I’m 12 years sober now, and though I cannot predict what might happen tomorrow, I do plan to stay sober through it.

In recent years, it’s become popular to joke about parents indulging in alcohol. We tease that our kids “drive us to drink,” and for some people that’s all it is, a joke. For others, however, they may find themselves questioning their drinking habits. They may dismiss the idea that they’re alcoholic or, alternately, be terrified that that’s exactly what they’ve become.

If you find yourself worried that alcoholism may apply to you, there’s nothing to be ashamed of. I’m here to tell you that the bottom isn’t a place to be feared — it’s simply the place where you decide to stop digging.

(Jeanne Epstein has been a freelance writer for the past decade. She lives in North Carolina with her husband and daughter.)

Be the first to comment on "Yes, a Nice Jewish Girl Can Be an Alcoholic"