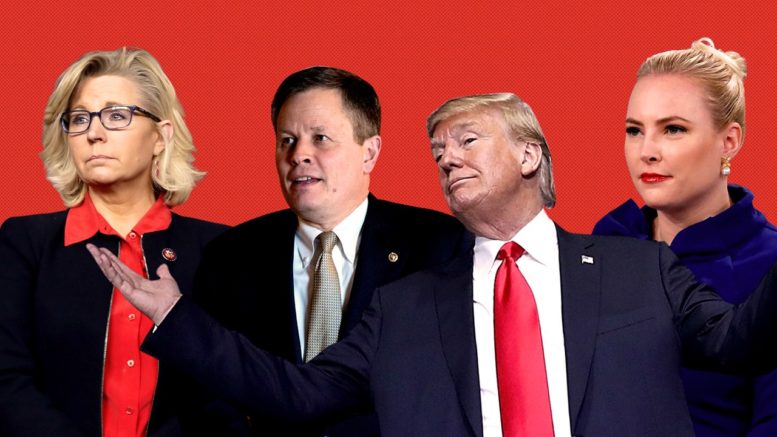 (July 17, 2019) – There’s a meme I’ve seen go around a thousand times in Jewish spaces online—in Facebook groups, or Twitter exchanges between snarky leftist Jews—a still from a Yiddish lesson series on Youtube, with the phrase “The Jews Are Tired.” It’s an all-purpose response for Gentile fuckery—speaking for Jews, about Jews, around Jews, against Jews, utilizing us without our consent or input. Black background, white letters: The Jews Are Tired.

This week, Donald Trump banged out a series of twisted tweets demanding that four congresswomen of color “go back” to the countries from which they came, utilizing a classic schoolyard racist trope that still rings in the ears of every nonwhite person in this country. When the backlash came, he raised Jews up like a shield with a Star of David daubed on it in thin, flaking paint to defend him. The four Democrats he targeted, he tweeted later, “hate Israel with a true and unbridled passion” and “have made Israel feel abandoned by the U.S.” They are, he continued, “Anti-Semitic…Anti-America,” and “anti-Israel, pro Al-Qaeda,” among other salvos, all in the past forty-eight hours.

Click here to read more of this GQ article.