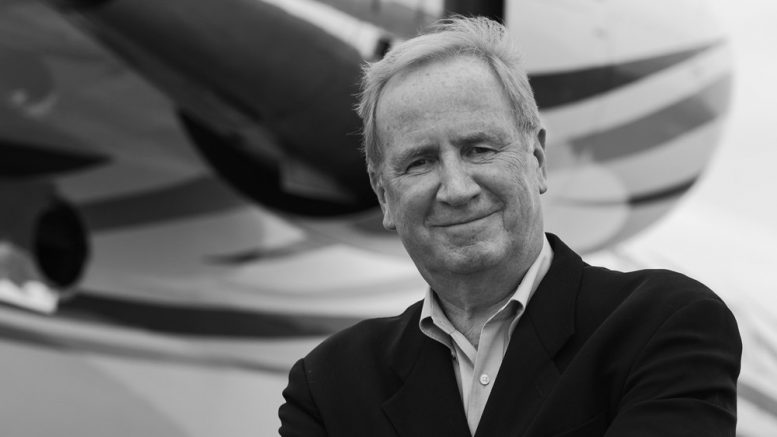 (March 2019) – The simple answer is… most of the airfares in Canada. And, until recently they have been ‘UP’ for a long time. The sad fact is that, on average, Canadians have been paying more than twice as much to fly as do residents of almost every other nation in the civilized world: as well as in some less civilized ones!

Why? Well, a lack of any real competition is the easy answer: In 2018 Air Canada and WestJet flew 80% of all domestic passengers: Air Canada had 46% and WestJet 34%. With 5% of the market, Toronto Island-based Porter came in a distant third – that’s quite a gap! Flair Airlines, Edmonton’s new hometown airline, carried a little over 2% and the remaining 13% was spread around a variety of small regional carriers like First Air and Canadian North.

Compare this to flying within Europe where 36% of all airline seats sold in 2018 were on so called Low Cost Carriers’ (LCCs) – a number that’s projected to pass 50% within five years. In 2018, Europe’s biggest airline, Dublin-based Ryanair, had an average fare that equated to about CA$60.00 – less than a third of the CA$204 average for all its big competitors.

Prior to the emergence last year of independently owned Flair Airlines, LCCs had been conspicuously absent in Canada for a number of years.  I say “for a number of years” because when Calgary-based WestJet first burst on the scene in the late nineties, they were hailed as the long-awaited low fare panacea. After decades of high fares for low customer service, here was an airline with amazingly low fares and great service. The upstart airline unashamedly took its lead from the hugely successful Southwest Airlines in the US: a model that calls for just a single type of aircraft (the Boeing 737) and a rigorous focus on keeping costs to an absolute minimum.

But that was then. These days, where they compete head-to-head – which is just about everywhere – Air Canada and WestJet invariably have almost identical airfares. Also in terms of customer service, of late, it’s hard to tell one from the other. WestJet seems to have turned its back on the low fare model and with it the customers who made them so successful. Today their intent seems to be to morph into a second Air Canada, which is fine: Assuming you think the country really needs another Air Canada!

But let me maybe explain what a low cost/low fare airline is really all about, because there seem to be a lot of misperceptions out there. For example one constantly hears complaints like, “In the old days checked bags were free” or, “Airlines used to give us free drinks and free meals, now you have to pay for everything.”

Yes, things have changed but it’s important to realize that none of those things were ever free – they were simply baked into the airfare. You paid for them whether you used them or not: When you didn’t check a bag you were subsidizing a fellow passenger’s two ‘free’ bags. If you didn’t have a drink, you were subsidizing the other guy’s two or three ‘free’ beverages. The easiest analogy for the traditional airline pricing model is to imagine every restaurant having nothing but ‘prix fixe’ menus – that’s just one all-inclusive price for an appetizer, entrée, desert and coffee. If you only wanted the entrée, too bad – you had to pay for the whole four-course meal.  Silly right? But that’s exactly how airlines used to price their tickets.

Today LCCs like Flair offer à la carte pricing. Want to snack or have a drink on board? Both are available for purchase. If you’d rather bring your own sandwiches with you, go for it! If you want to check a suitcase you pay for it – and if you don’t you don’t. At Flair we charge a fee for bringing a wheelie bag on board, which at first hearing may sound outrageous… until that is you consider the rationale behind it. By charging slightly more to bring a bag on board than we do to check it, we create an incentive to check it in.  On our flights you’ll notice that only about 20% of passengers bring a big bulky roller bag on board. That means the rest have checked their bags at the counter – or are travelling with just a small backpack or handbag that fits under the seat in front of them. This makes getting on and off the airplane a breeze.

Contrastingly, by charging only for checked bags all the other airlines have created a very effective incentive for almost 100% of their passengers to try and smuggle their cabin trunks with wheels on to the airplane! As a result boarding takes forever as passengers fight – sometimes quite literally – to stuff their bags into (often other people’s) overhead bins. Round two follows on landing, when the deplaning process is equally slow and painful because of all the cabin baggage.

So you see, it’s what at Flair we like to call “Plane and Simple” – it’s all about giving air travellers the option to pay for only those things they value as opposed to the old all inclusive four-course meal approach. In turn that means we can offer consistently lower airfares along with better service and give millions more Canadians the chance to get out of their comfy couches and fly away to visit friends or just discover this fabulous big country of ours.

Check it out and we hope you’ll soon be checking in!

Be the first to comment on "What’s up with airfares in Canada?"