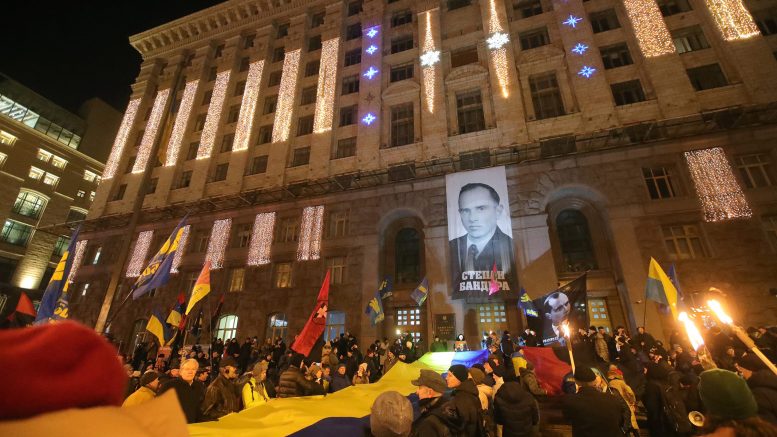 (JTA) — A Ukrainian diplomat told Israel to butt out of the debate about honouring of Nazi collaborators.

Thursday’s intervention by Gennady Nadolenko, head of Ukraine’s diplomatic mission in Tel Aviv, reflects an escalation in the disagreement between Israel and Ukraine over the issue.

The subject is related to “internal issues of Ukrainian politics” and Israel’s protests about it are “counterproductive,” Nadolenko told Israeli diplomats, according to the new site Jewish.ru.

The two have written on the subject before. In 2018, Lion wrote that he was shocked at an earlier act of veneration for Bandera, saying: “I cannot understand how the glorification of those directly involved in horrible antisemitic crimes helps fight antisemitism and xenophobia.”

The veneration of Nazi collaborators, including killers of Jews, is a growing phenomenon in Eastern Europe, where many consider such individuals as heroes because they fought against Russian domination.

But few of Lion’s counterparts in those countries have spoken out as forcefully and publicly on this issue.