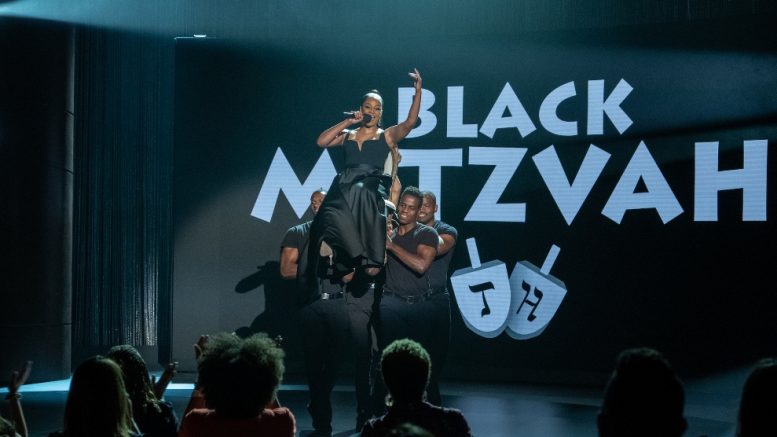 (JTA) — Comedian Tiffany Haddish went in depth about her Jewish identity and her upcoming bat mitzvah in an interview with Alma.

Haddish, who has starred in blockbusters such as “Girls Trip” and “The Secret Life of Pets 2,” spent over a decade working as an “energy producer” (or performer) at bar and bat mitzvahs, not knowing that she had Jewish heritage. She didn’t meet her father until she was 27, when he told her that he was an Eritrean Jew and that she was Jewish.

“I didn’t know anything about Judaism for a long time,” she said in the interview published Friday. “As I got into that profession as an energy producer, I started learning more and more about the Torah. I could really relate to it. And when I met my father, it really resonated with me. I was like: This is what I am. I did my 23&Me, and it said the same thing. I [thought], well, I can’t deny this. I wanna claim it.”

Now Haddish is learning Hebrew and studying to become a bat mitzvah. She’ll celebrate with a ceremony in Los Angeles on her 40th birthday, which falls on Dec. 3, and celebrities like Sarah Silverman, Billy Crystal and Sinbad will attend.

On the same day, she will release a new Netflix stand-up special, “Black Mitzvah.”

Unsurprisingly, “Black Mitzvah” is pretty Jewish: It opens with the comedian being carried on a chair singing “Hava Nagila.”

Haddish explains that she hopes being open about her journey will encourage others to dig into their background.

“Something that I feel like a lot of African-Americans have been stripped of is their history,” she told Alma. “A lot of us don’t know [our] origin. We don’t know what our origin story is because that was taken from us. And it talks about that in the Torah. I think it’s so powerful.”