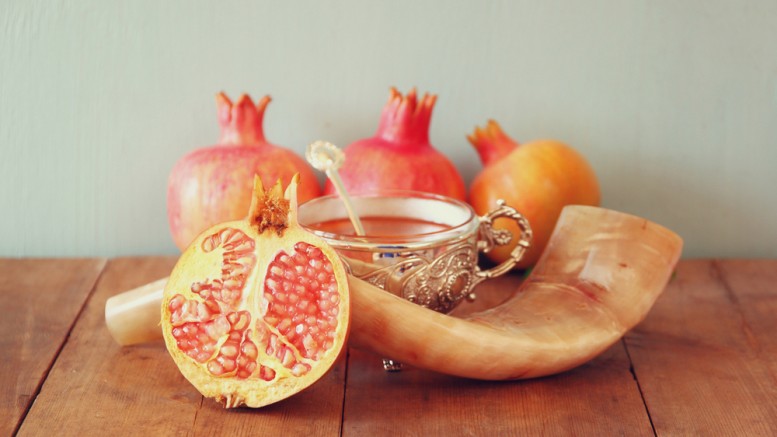 By Nina Badzin
(Kveller via JTA) — Two essential parts of preparing for Rosh Hashanah, our clean slate for the year, is asking forgiveness from anyone we wronged and making a list (mental or written) of the ways we fell short since the last time we heard the shofar. Ideally that hard work of going to friends, family and anyone else deserving of our forgiveness happens in the weeks leading up to Rosh Hashanah. By the time Yom Kippur rolls around 10 days later, we should be ready to confess our mistakes as a community, having already considered our personal paths to a teshuvah, repentance, and how we will do better this year.
I find the exercise of writing down all my regrets before Rosh Hashanah rather easy. If, like me, you’re the kind of person with a high capacity for guilt, you probably find that task easy, too, since we already felt badly about it during the year. I regret contributing to any gossip. I regret listening to any gossip. I regret not helping individuals or organizations more than I could have. I regret not calling more. I regret not answering the phone. I regret resorting to texts and emails. I regret the rudeness of looking at my phone in the middle of a conversation. I regret all the times that I rolled my eyes. I regret any time I spoke more than I listened, both in person and online.

I find that my kids, perhaps through nature and nurture, also have no problem (OK, after some prodding) coming up with people deserving of apologies and ways they could have behaved better during the year. Surprisingly, the more challenging task for all of us is remembering the times we could have made the wrong choice but didn’t.

In Rabbi Joseph Telushkin’s book “A Code of Jewish Ethics Volume I: You Shall By Holy,” he suggests that in addition to focusing on our transgressions before Rosh Hashanah, we also make a list of the good we did this year. He provides a sample prayer modeled after the Al Chet (“For the sin I committed by…”) recited on Yom Kippur. Instead of “For the sin I committed,” he starts each line with, “For the mitzvah we (or I) performed.” He ends the prayer with these encouraging words: “All these things, God, please remember and inspire us to do more acts like these in the year ahead.”

I find the “For the mitzvah I performed” exercise difficult because it feels like a brag sheet and encouraging our kids to similarly “brag” can be confusing for them, too. But the power of focusing on both the mistakes and the positive actions we performed this year is about as powerful of a Rosh Hashanah preparation that you can get.

By considering all the good I did in a year, I’m reminded of my capacity to make the right choices and it gives me hope that I can do even more good in the year ahead. Perhaps one day the mitzvah list will look longer than the regret list, but I don’t believe God expects perfection. Think about the wisdom of the fact that the one major mitzvah (commandment, not “good deed”) for Rosh Hashanah is to hear the shofar. The shofar is our spiritual wake-up call. It would not be required every year if we were expected to have lived flawlessly.

I challenge everyone to make a list of all the good you did this year, even if it’s something you only did one time and fell short every other time the situation presented itself. That is the point of this prayer, to remind us that if we were able to avoid, for example, contributing to gossip during one conversation, then we have the capacity to make that same good choice again. I’ll give you a few sample ideas. Remember, even if I only made the right choice once, it counts!

For the mitzvah I performed by happily donating money to a friend’s race.

For the mitzvah I performed by consciously focusing on someone’s positive traits even when I was angry, or at least not exaggerating the incident that made me mad.

For the mitzvah I performed by not passing on information that was not mine to share.

For the mitzvah I performed by admitting to my spouse or my children that I was wrong.

For the mitzvah I performed by graciously hosting friends for Shabbat.

For the mitzvah I performed by remembering not to “reply all,” thereby avoiding wasting everyone’s time.

For the mitzvah I performed by donating my time even when I would rather be watching something on Netflix.

To repeat Rabbi Telushkin’s concluding line, “For all these things, God, please remember and inspire us to do more acts like these in the year ahead.”

(Nina Badzin lives in Minneapolis with her husband and four children. She’s a columnist for The HerStories Project and for Tcjewfolk.com. Many of her essays have appeared in Brain, Child Magazine’s site and the Huffington Post.)
Kveller is a thriving community of women and parents who convene online to share, celebrate and commiserate their experiences of raising kids through a Jewish lens. Visit Kveller.com.

Be the first to comment on "This Rosh Hashanah, I Challenge You to Focus on the Positives"