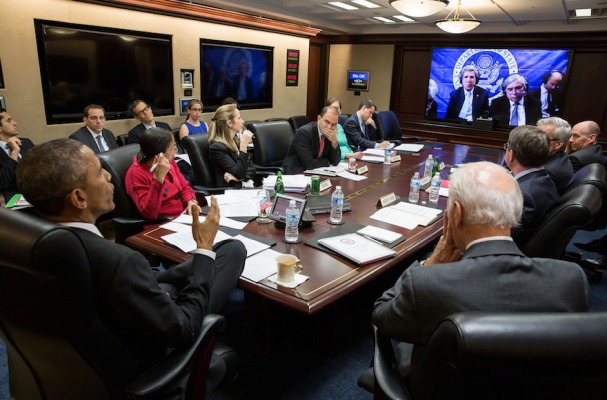 WASHINGTON (JTA) – Years before it is deemed a success or a failure, a nuclear deal between Iran and the major powers could unleash far-reaching changes in the region.

Much of the focus in Congress and the media in recent weeks has been on whether the deal would inhibit Iran’s nuclear capability via a tough inspections regimen, or enhance that capability by keeping in place some amount of uranium enrichment.

And while the full military dimensions of the deal may not be known for years, its political and diplomatic dimensions are likely to play out within months of an agreement. Much depends on what the deal looks like, whether its backers or opponents prevail in shaping its public perception, and how the Obama administration handles the post-deal landscape.

“It will take several months to determine if this agreement will function,” said Aaron David Miller, a vice president at the Wilson Center think tank and a longtime Middle East negotiator for several presidential administrations.

Hurdles facing the Obama administration include congressional approval, which is required after a deal is reached, and obstruction from the deal’s opponents, chief among them Israel, Miller said.

“The Saudis and the Israelis and Republicans will make a great effort to persuade [congressional] Democrats that this is a fundamentally flawed agreement,” he said. “I wouldn’t rule out the idea of Israelis going to cyber warfare, to black ops” against Iran.

READ: Spoilers alert: Six guys to watch the day after the Iran deal

Among the issues Iran watchers will be tracking:

• Will a nuclear deal between Iran and the major powers improve the Islamic Republic’s relations with the United States, or will it further stoke tensions? And which scenario would be better for Israel?

• Saudi Arabia and Persian Gulf states in recent years have increased their purchases of anti-missile systems, leading Israel to press the Obama administration to maintain its qualitative military edge over those countries. Would a deal abate regional anxieties and slow down the arms race now underway among the Gulf States and Israel? Or will it push regional powers to seriously consider nuclear weapons development?

• Would a deal free Iran to expand its regional hegemony, or would it moderate Iran’s mischief-making?

Ken Pollack, a senior fellow at the Brookings Institution’s Center for Middle East Policy whose focus in recent years has been Iran and its nuclear capacity, outlined four post-deadline scenarios: a deal and a U.S. retreat from the region, which would embolden Iran; a deal and U.S. engagement in the region, which would moderate Iran; a failure to achieve a deal, in which the United States is blamed and the sanctions regime collapses, which would embolden Iran; a failure to achieve a deal, blamed on Iran, which would tighten sanctions and constrain the regime.

The deal itself “is not definitive in any way about what’s going to happen in the future,” Pollack, a senior Clinton administration National Security Council staffer who handled Iran, said in an interview. “How the United States responds to a deal, or no deal, will have an impact.”

Gen. Martin Dempsey, the chairman of the U.S. Joint Chiefs of Staff, on a visit to Israel a month ago coupled understanding for Israel’s concerns that sanctions relief would expand Iran’s influence with assurances to Israel that the United States would mitigate any such expansion with arms sales.

“If the deal is reached and results in sanctions relief, which results in more economic power and more purchasing power for the Iranian regime, it’s my expectation that it’s not all going to flow into the economy to improve the lot of the average Iranian citizen,” The Associated Press on June 9 quoted Dempsey as telling reporters after meeting with his Israeli counterparts. “I think they will invest in their surrogates; I think they will invest in additional military capability.”

It’s not clear that view pervades the Obama administration.

Richard Nephew, a former Obama administration Iran negotiator now at Columbia University, scoffed at the possibility of Iran using sanctions relief to fund terrorism. Instead, he wrote last week in Foreign Policy, Iran’s leaders were likelier to invest in their battered economy.

“To ensure the stability of their government, Iran’s leaders must tend to the problems at home and make the investments necessary to sustain their future,” Nephew wrote.

Dempsey also said he told his Israeli interlocutors that the United States would continue to enhance Israel’s military posture.

The emerging deal focuses only on Iran’s capability to produce fissile material and leaves aside delivery systems, including ballistic missiles. That has fueled an arms race among Gulf Arab states eager to buy state-of-the-art American weapons systems in anticipation of being a counterweight to Iran.

That in turn has led Israeli officials to express concerns to their Obama administration counterparts, as well as their allies in Congress, about Israel maintaining its qualitative military edge in the region. Israeli officials say they do not perceive a threat from the Arab regimes, but are concerned that the upheaval roiling the region could replace friendly governments with hostile forces who would have access to sophisticated arms.

Another critical element fueling Arab and Israeli anxieties was the Obama administration’s retreat in 2013 from a pledge to strike Syria should the Assad regime use chemical weapons in that country’s civil war. The Assad regime has remained ensconced in large part because of substantial backing from Iran.

President Barack Obama appears ready to do just that. On Monday, he convened a news conference at the Pentagon to announce that he “will do more to train and equip the moderate opposition in Syria,” without providing details.

Should the Assad regime collapse, the likelihood is that Iran will enhance its influence in Syria and Lebanon, said Alireza Nader, an Iran analyst at the Rand Corp. think tank, which consults with the U.S. government’s defense sector.

In those circumstances, renewed tensions between the United States and Iran might ultimately affect the agreed-upon deal.

“There is a possibility Iran and the U.S. can reduce tensions, but also the possibility that based on circumstances that tensions regionally with Iran could also increase,” Nader said.

Be the first to comment on "The U.S. and Iran: What happens once a deal is in place"