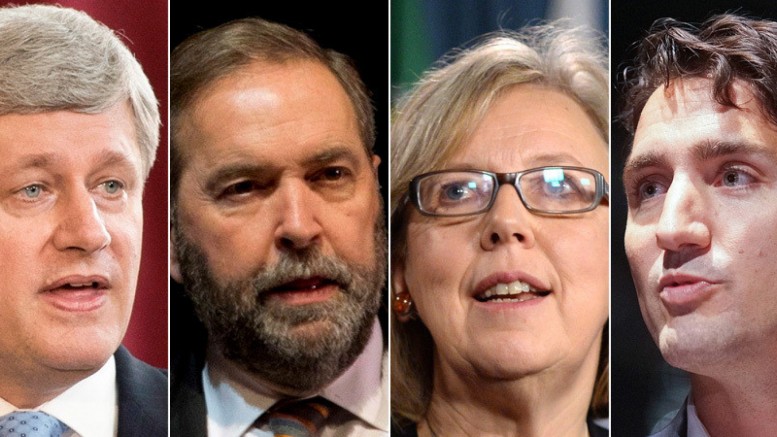 The Canadian Jewish Political Affairs Committee is encouraging all community members across Canada to volunteer on a political campaign and help our community have an impact beyond its numbers.

By Jonathan Bloomberg and Mark Waldman

(CJPAC) – We are now entering the heart of the federal election campaign, and pundits across the country are describing this election as one of the most unpredictable in Canadian history. While that level of uncertainty may make supporters of any particular party slightly uneasy, it represents a great opportunity to get involved and really make a difference.

While casting a vote on October 19th may be seen as the ultimate embodiment of true democracy, there is more that can and should be done. It is vital that our community – the Jewish and pro-Israel community – engage further in the democratic process and volunteer.

Why? The answer comes down to two main reasons: demographics and geography. Demographically speaking, the Jewish population represents just over 1% of the total Canadian population. There are also only a handful of ridings where there is a strong community presence – only 3% of the total number of 338!

This means that in order for the Jewish and pro-Israel community to make an impact beyond its numbers we need to be strategic and get engaged in record numbers.

This is where CJPAC comes in – our mandate is to encourage community members to get involved in the democratic process by volunteering with the candidate or campaign of their choice.

Volunteers are becoming harder and harder to come by, which means that just by showing up they can make a significant difference – even a few hours goes a long way! When pundits talk about a campaign having a good ‘ground game’ they are referring to the deployment of volunteers and their ability to drive their supporters to the polling booth. You can singlehandedly impact the outcome in a close race.

It is important to volunteer not only for friends in local ridings but also in ridings where our community does not have much of a presence. CJPAC can help by connecting community members with campaigns across the country – there is so much ground to cover.

We have been extremely fortunate that all three major political parties in Canada have shown support for both Israel and the Jewish community, but we cannot become complacent. We must remain active in the political arena, and volunteering is an excellent way to build key relationships.

As a multi-partisan organization, CJPAC is here to ensure that our community gets engaged. We are not involved in lobbying or advocacy, but rather stressing the importance of getting involved in our country’s political process and building relationships. We want to make this process as easy and effective as possible for you, offering volunteer training sessions so that those walking into a campaign office for the first time feel comfortable and know what to expect.

There are several different jobs volunteers can find themselves doing, so wherever your strengths lie, you can be sure there is a role for you. Volunteers will make phone calls on behalf of candidates to track support, canvass the neighbourhood and knock on doors, hand out literature on the street or at front doors, put up candidates’ signs, drive voters to their polling stations on Election Day and perform other tasks crucial to their campaign team’s success. On Election Day, volunteers help ‘Get out the Vote’ and work as scrutineers.

During the 2011 election, CJPAC helped connect 900 volunteers with campaigns across the country in all major political parties. By becoming a volunteer and working with us to connect you with the candidate or campaign of your choice, you can help not only our democracy but also our community – ensuring that we have a large impact on October 19th and beyond.

For more information on how to make your mark this election season, go to cjpac.ca/volunteer or contact us at volunteer@cjpac.ca or 1.866.929.9552.

We look forward to seeing you all on the campaign trail in the weeks to come.

Jonathan Bloomberg is Chair of CJPAC and Mark Waldman is Executive Director of CJPAC.