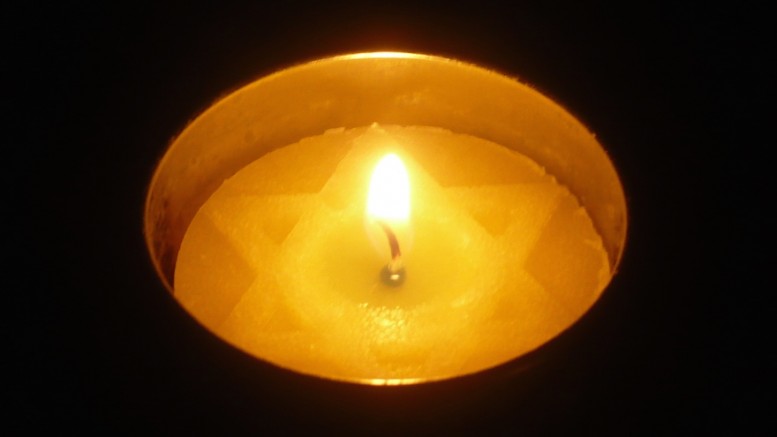 Editor’s note:  Because the work of Chevra Kadisha is typically carried out anonymously, most of the individuals cited in this article have not been identified with their real names. Those referred to by first and last name are identified because they are the public faces of the organization.

(AJNews) – While “Rina” was always aware of the work done by Chevra Kadisha (Holy Society), it was when she went home to bury her much-loved bubbie that the sacred and comforting efforts of Chevra volunteers came into sharp focus.

Knowing that it was traditional for Tehillim (Psalms) to be recited by a Shomer (literally a guard) over the deceased prior to burial, Rina asked the Chevra Kadisha if she could perform that mitzvah. They agreed, and Rina spent the night fulfilling her last act of lovingkindness for her grandmother.

While that was, in itself, a profound experience, something that happened in the early hours of the following morning proved life-changing. Rina encountered three “angels of mercy” as they arrived to perform her Bubbie’s Tahara (ritual preparation of the deceased prior to burial).

“It was 25 years ago, but I remember it like yesterday,” Rina recalled.

In that moment, Rina knew that she and her family were not alone in their grief. More importantly, she knew that her Bubbie’s final journey would take place in an atmosphere of love and dignity.

The work of Chevra Kadisha volunteers is typically carried out anonymously as the chesed shel emet (the truest act of lovingkindness because it cannot be repaid). Stirred by the rare window into the mitzvahs of those three women, Rina instantly knew that she wanted to pay the kindness forward by becoming a Chevra Kadisha volunteer in Calgary.

The Calgary Chevra continues to operate as a volunteer-driven organization, bucking a North American trend toward private and for-profit funeral homes. Roles currently carried out by some 90 Calgary Chevra Kadisha volunteers vary.

Separate teams of women and men perform Tahara, which includes prayers, gentle cleansing, purification, dressing of the deceased in tachrichim, and their placement in a plain coffin in which sand from Israel is sprinkled.

Other volunteers find solace and meaning in cutting and sewing the white cotton or linen tachrichim. Notably, Calgary is one of the few places where tachrichim are still sewn strictly by hand.

Prior to COVID, the stitchers came together at the Chevra Kadisha, usually once a month. With cotton thread that must never be knotted, their fingers fly, forming running stitches in the coffin-liners, pants, shirts, overshirts, hoods and top sheets that comprise the tachrichim.

Sewing was “Sharon’s” first labour of love on behalf of the Chevra Kadisha some 12 years ago.

“I wanted to do some volunteer work and I knew how to sew,” Sharon told AJNews.

Even novice stitchers are encouraged to take up needle and thread. Newbies struggling to sew a straight line have been put at ease by a succession of Chevra leaders with words previously attributed to Lilian Zuidema, of blessed memory, a long-serving president of the Women’s Auxiliary who once quipped, “Nobody has ever made a return.”

Sharon began bringing her aging mother with her when she headed to the Chevra to sew.

One day, while driving home together, her mother shared what at first seemed a dark speculation when she wondered aloud, “I wonder if I sewed my own shrouds today.”

Sharon recalled those words as she participated in her mother’s Tahara and wondered whether her mom’s words had perhaps been prescient.

The presence of family at Taharas has traditionally been discouraged by some rabbinical authorities, but qualified individuals have, in some circumstances, been permitted to participate. Sharon says that she felt immense comfort when accorded the privilege of honouring her mother and other family members in that way.

Confronting her own mortality, Sharon says, “The biggest fear for me is being alone. I don’t want that to happen to me or anyone else.”

This sentiment motivates those Chevra volunteers who step up to ensure funeral minyanim (quorums of 10), fill graves and act as pallbearers when the deceased have few or no loved ones to perform those final acts of chesed.

For an astonishing seven decades, “Rose” has been a Chevra volunteer, following in the footsteps of her parents. While they endeavoured to keep their good deeds a secret— even within their own household—Rose proved adept at tuning in to her parents’ Yiddish whisperings.

Rose’s father never went out much. When he did, his departure was often preceded by the words “Oifen gitten ort”—on this good earth—a clear signal that he was about to embark on a mission for the Chevra. Rose recalls that her father was one of the men who arranged the purchase of additional “good earth”— cemetery lands for Jewish burials, probably in the 1940s. (By then, the work of the Chevra Kadisha was well established.  The Holy Society was born in 1904 in response to the first local Jewish death—that of infant Goldie Bell.)

On those rare occasions when her mother got dressed up, Rose knew her parents were off to the annual Chevra Kadisha Dinner, the one time each year when volunteers are honoured for their commitment.

As a young mother, Rose began making patterns for tachrichim and stood for hours cutting fabric. Today a great-grandmother, she continues to sew. Throughout COVID, Rose and other Chevra volunteers have continued stitching in the safety of their own homes, occasionally meeting at outdoor swaps to exchange completed tachrichim for more fabric and thread.

“It is very important to me,” says Rose who often sews the collars to the men’s tachrichim.

“When I sew, it is always for someone. For me, it’s personal,” adds Rose. “Some man will wear this, and I always hope he will be comfortable in it.”

While many communities now rely on privately owned funeral homes, Calgary is one of a dwindling number of Jewish communities that continues to take care of its own, treating each deceased person, and their kin, with respect and honour and always without differences based on status or the ability to pay.

This monumental calling hinges upon successfully recruiting new volunteers, a goal that is particularly challenging for an organization that operates humbly, encouraging anonymity.

Chevra members sometimes quietly put feelers out to individuals they think would be a good fit.

Some 17 years ago, “Neville” was approached by a friend already serving the Chevra. Neville has never looked back, serving on the men’s Tahara committee, helping as necessary to ensure a minyan is present at funerals, helping to operate the lowering mechanism at graves, participating in committee work and serving on the Chevra board of directors.

“I felt it would be nice to give something back to the community in a way where it is not monetary but giving of myself. I feel good about that.”

Neville has also turned his personal attention to planning his succession, quietly putting a bug in the ear of younger people to consider serving the Jewish community through Chevra Kadisha.

Some feel skittish, but Neville urges them to keep an open mind.

“It’s not for everybody, but unless you try, you’re not going to know,” says Neville. “It’s not so bad; it’s quite peaceful actually . . . I’m doing something worthwhile on this earth.”

Although Neville was not raised in a traditional Jewish home and never engaged much in Jewish ritual, he believes wholeheartedly that he has a duty to serve others in the ways that preceding generations looked after his family and the Jewish community as a whole.

“Jacob” was approached about 12 years ago by a man who thought he would be an ideal Chevra volunteer likely because of his previous community service and a career in science that included experience with cadavers at the U of C medical school.

Jacob says his Chevra experience has been “very positive.”

“I view it as a big responsibility on behalf of the Jewish community to be involved this way, especially with Taharas,” adds Jacob who also serves on the Chevra board of directors.

“It doesn’t happen automatically, it takes people who volunteer hours of their personal time to do all the work that needs to be done.”

Not everybody is in a position to volunteer, adds Jacob, who nonetheless urges everyone to think about how they can support the work of the Chevra in other ways, including charitable donations.

“Chana,” has been a Chevra volunteer for at least 20 years.

“I was born and raised in Calgary, and while I may not have been joined at the hip with the women [for whom Tahara is performed], I certainly know who most of them are.”

“For me, this is the final show of respect I can give them. They don’t have to know me, but I am happy because I can show this respect for them, for their family.”

Chevra needs volunteers to step up in numerous other capacities. Like the community they serve, Chevra volunteers come from a wide variety of backgrounds and possess many different skill sets. They are a diverse bunch, hailing from every corner of the community—Orthodox, Conservative, Reform, post-denominational and unaffiliated, united by their devotion to honouring the dead.

Susan Dvorkin (who is identified by her actual name because her work as Chevra VP Communications often puts her in the public eye) is urging individuals with IT, legal, business, or accounting expertise to consider volunteering for the Chevra on an ongoing, project or as-needed basis.

Having volunteered for a decade or more, Dvorkin says that she had considered serving the Chevra—where she has deep family roots—for a long time. At first, she found the thought “daunting.” She sewed tachrichim for a while, but then life got busy. Returning several years later, she was recruited to the board of directors where she has served for the past five or six years, devoting herself to sharing with the Jewish public the vital role the Chevra plays and the pressing need to recruit new generations of committed volunteers.

“There is always a role to play within your comfort zone,” says Dvorkin, adding that it is “something special . . . to provide for our own.”

“It’s about heart, it’s about giving back,” adds Dvorkin.  “We would love to have more people step up.

After all, as Dvorkin says, “Nobody lives forever.”