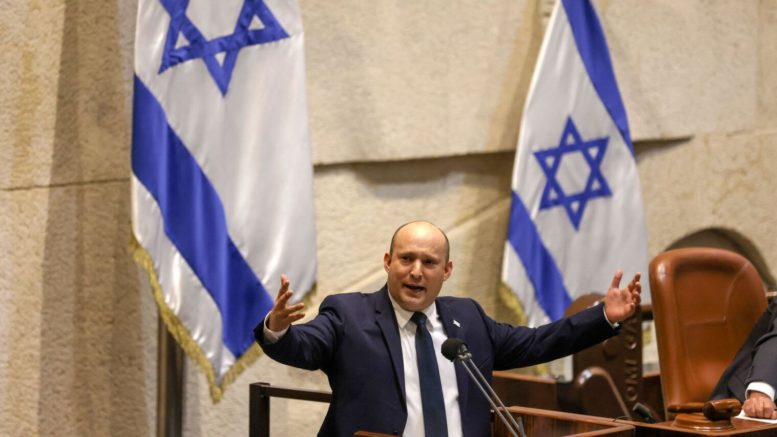 (JTA) — There has been an escalation of tension and violence in Israel the past two weeks. Several attacks by Arabs against Israelis over the past week, including one in Bnei Brak, have left a total of over 10 dead. Israeli officials fear that the upcoming Ramadan holiday, during which Muslim worshippers clashed heavily for weeks with Israeli police last year, could lead to further violence.

A Palestinian gunman opened fire on pedestrians in multiple municipalities near Tel Aviv on March 29. Kann, Israel’s government-run radio service, said the attack took place Tuesday evening where Bnei Brak, a largely haredi Orthodox municipality, runs into Ramat Gan, a Tel Aviv suburb. The attacker shot people as he traveled down a thoroughfare. There were casualties in both municipalities.

Kann, quoting security sources, said the assailant was a Palestinian from the West Bank and that the police had killed him.
Reports said that the gunman in some instances got off of a motorcycle and shot at people, shouting at them to “stop,” in Hebrew.

There have been two other deadly attacks inside Israel over the past week, killing six people. Tuesday’s attack brings the week’s total of fatalities to 11.

The two other attacks were allegedly carried out by Israeli Arab citizens who identify with the Islamic State. The most recent attack, two days earlier, was reportedly spurred by a historic summit this week, in which Israel hosted four Arab foreign ministers.

Separately on Thursday March 31, a 30-year-old Palestinian man wielding a screwdriver seriously injured a 28-year-old Israeli man on a bus near the Neve Daniel West Bank settlement south of Jerusalem.

The IDF said that the attacker was shot and killed by a fellow bus passenger. After the morning incident, Palestinian media reported that the Israeli military searched the assailant’s hometown, which reportedly triggered clashes between locals and troops.

Israeli soldiers shot and killed at least two Palestinians after being fired at in a raid on a West Bank refugee camp on Thursday March 31.

Troops entered the Jenin camp to arrest suspects allegedly connected to the terror attack that left five Israelis dead in and around Bnei Brak on Tuesday, the Israel Defense Forces said, and to subdue others who were suspected of carrying out future attacks.

The IDF claims multiple gunmen shot at the Israeli troops, who returned fire. The IDF announced three Palestinian deaths, while the Palestinian Health Ministry announced two. Over a dozen more were injured.

Hamas, the group that controls the Gaza Strip and frequently engages in military conflicts with Israel, said Thursday’s raid called for an “escalation” of activity.

The Jenin camp has historically been a hotspot for Israeli-Palestinian clashes; in 2002, dozens of Palestinians and Israeli soldiers were killed when IDF troops attempted to enter the camp during the Second Intifada.

Meanwhile, as the only Israeli in the National Basketball Association, Deni Avdija has not been shy about his Jewish and Israeli pride.

The 21-year-old has shared Hanukkah with his Washington Wizards teammates, spoken at the team’s Jewish Heritage Night and attempted to grow the NBA’s popularity grow in Israel.

After multiple violent attacks in Israel in the past week, Avdija again used his platform to express support for his home country.

Before Washington’s Wednesday night home game against the Orlando Magic, Avdija wrote “Am Yisrael Chai” (“the Jewish people live”) and drew Stars of David on his sneakers. It is not the first time he has used his basketball shoes to share a Jewish message — last year he called attention to Holocaust remembrance day.

“My heart is with Israel,” Avdija told reporters, according to Israel Hayom. “I am very sad to hear about what is happening in Israel. There are things that are bigger than basketball and with how much I try to represent us in the NBA, it is difficult for me.”

He continued: “My friends and family are in Israel, I watch the news almost every day, I watch Israeli TV. My heart goes out to the families and to the people of Israel, let’s hope it ends as soon as possible. I will not get into politics, but I am sending a hug and love. It’s hard to watch.”

The 6-foot-9 small forward has appeared in all 76 of the Wizards’ games this season, starting in six. He is averaging 8.1 points per game.

Avdija made history as the highest-drafted Israeli in NBA history when he was selected ninth overall in the 2020 NBA draft.

With files from Jacob Gurvis.

Be the first to comment on "Tensions are rising in Israel"