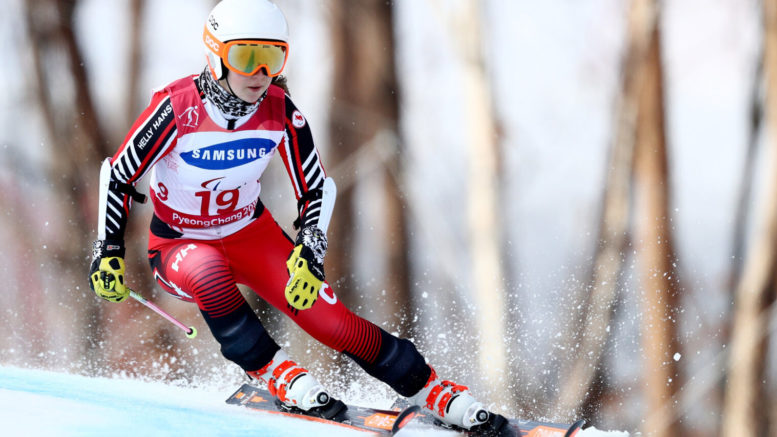 (AJNews) – There are four Jewish athletes on Team Canada to cheer for in Beijing this winter. Three members of the Men’s hockey team and para alpine skier Mollie Jepsen who has close ties to the Alberta Jewish Community. The Beijing games began Feb. 4 and run through Feb. 20, and the Paralympics will be held March 4 through March 13.

West Vancouver B.C.’s Mollie Jepsen is a phenom and she has strong ties to the Jewish Community of Calgary. The Milavsky, Molotsky and Brody families and friends are kvelling – especially Bubbie Miriam Milavsky. Mollie has high praise and gratitude for the support of her mom, Calgarian Abbie Milavsky. Mollie began skiing at age two and hasn’t stopped since. She owes her career to her tenacity and her family, she says, which has helped Feed The Dream for her along the way – from midnight drives with her mom up to Whistler after gymnastics practice so she could race early the next day, to constantly pushing herself to do better. Her mom has always been there for her and her brother Curtis, she said. That love and support continues to fuel her relentless passion for her sport. “My mom is at the top of the food chain for me,” said Mollie. “She has made everything possible.”

Mollie was an all-star skier in her age group with the Whistler Mountain Ski Club. She carried her success to the Para-Alpine World Cup and the Paralympics. She joined the team at just 15-years-old in 2016 after a successful season on the Europa Cup circuit. However, it was a trio of medals at the 2018 World Championships that vaulted her into the world’s elite and qualified her for her first Paralympic Games. In her first Games, she won four medals, including gold in the super-combined, silver in slalom and bronze in each of downhill and super-G. She grew up racing in able-bodied skiing and continues to do so today while also racing Para-Alpine. She has battled injuries and illness throughout her young career, but nothing is slowing down the now 21-year-old as she continues to be one of the best in the world. 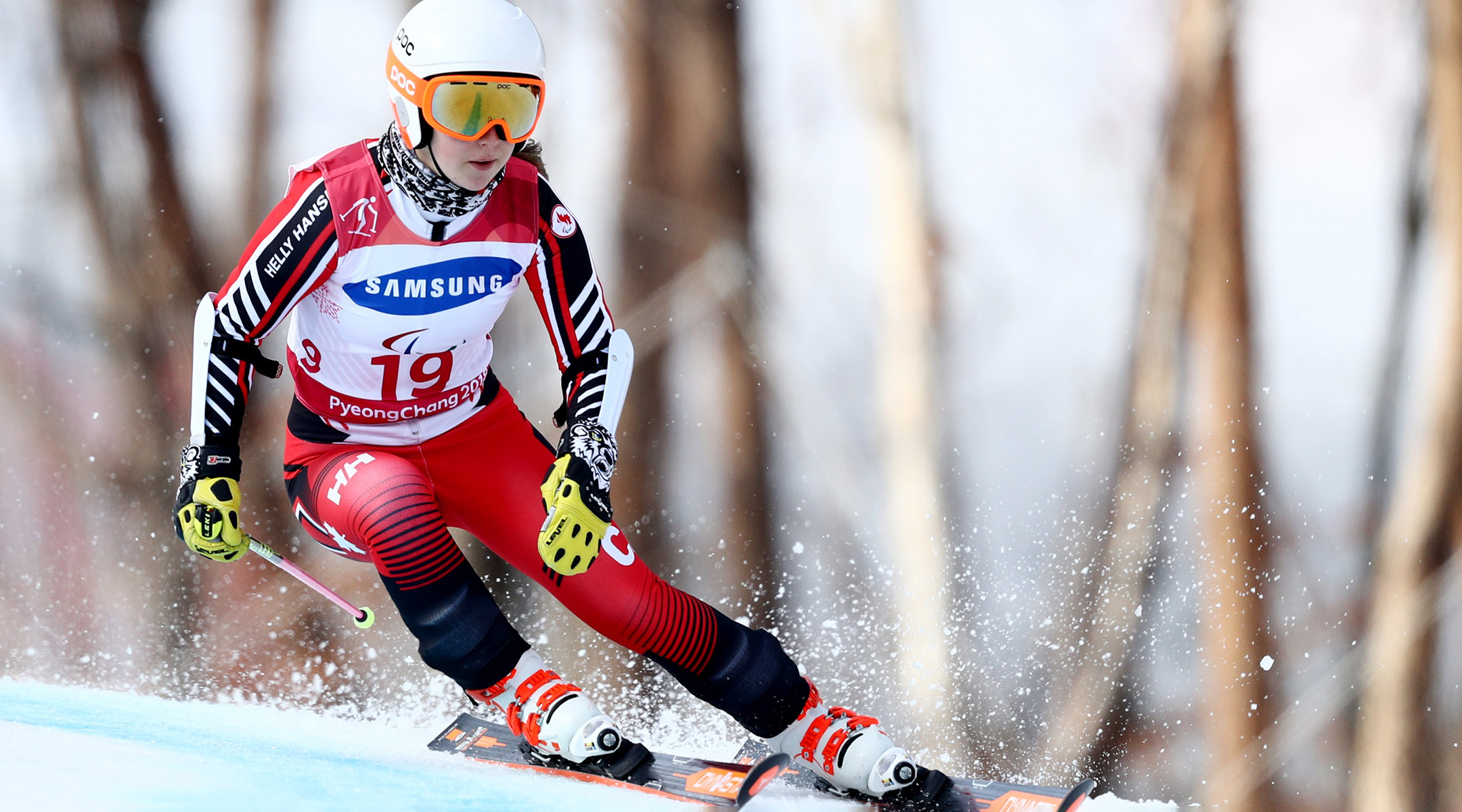 Jepsen was born missing fingers on her left hand, and competes under the LW6/8-2 classification, for skiers with an upper extremity issue. This means she skis with only one pole.

Since her Paralympic debut, she was also diagnosed with Crohn’s disease, and missed an entire season. But she has had a remarkable comeback season ahead of the 2022 Paralympics, so don’t be surprised to see Jepsen on the podium in Beijing. 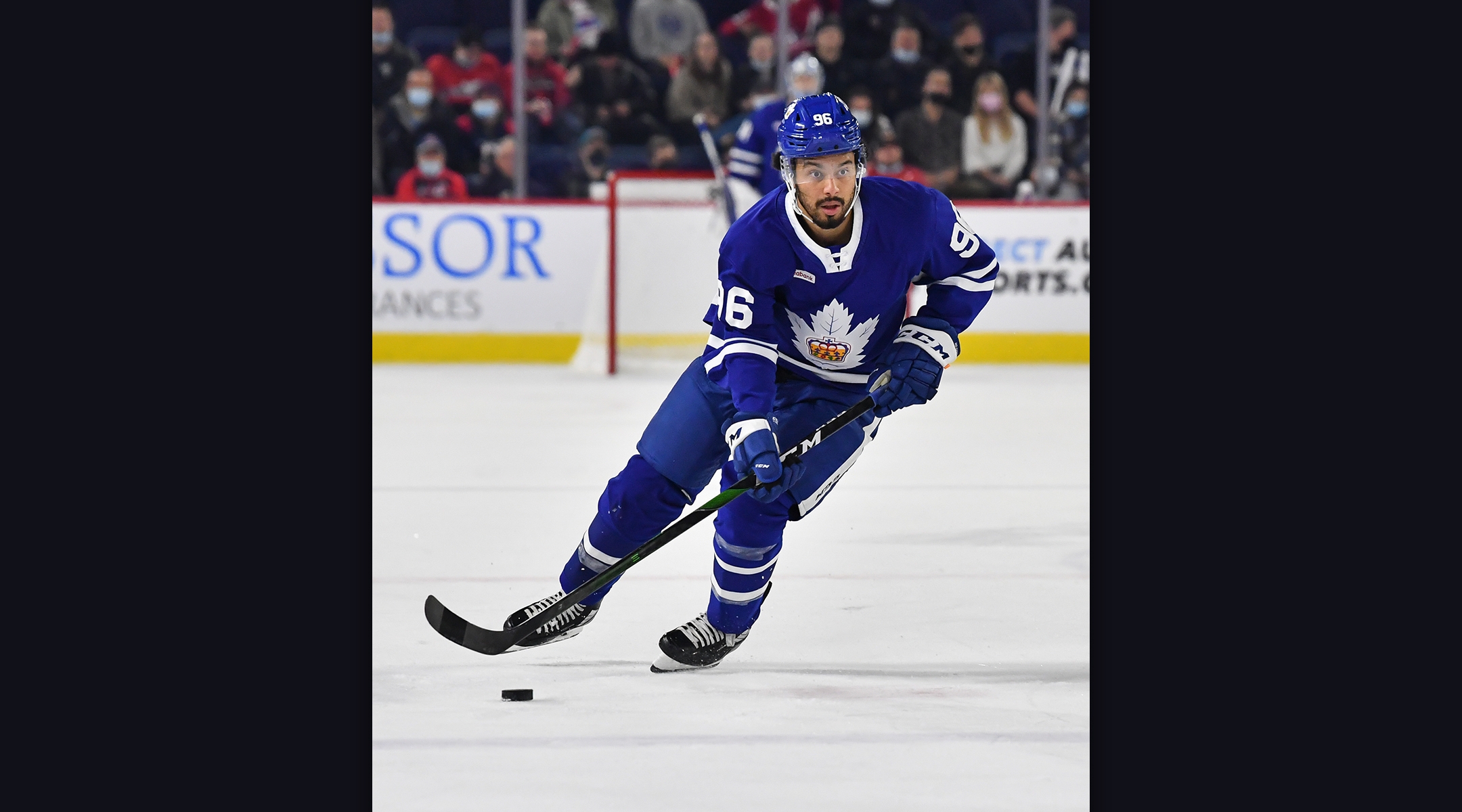 This season, Canadian Jewish hockey player Josh Ho-Sang had an impressive debut with the Toronto Marlies, the top affiliate team of the Toronto Maple Leafs. Ho-Sang, 26, is Jamaican and Chinese on his father’s side and Russian-Jewish and Swedish on his mother’s side. “I’ve grown up Jewish,” Josh once said in an interview. “I have always celebrated the Jewish holidays like Hanukkah and the High Holidays with family and friends.”

Since the NHL announced that its players will not participate in the Games, it has left Olympic roster spots open for rising stars like Ho-Sang. According to one analysis, “It’s entirely possible that following his Olympic appearance that the Leafs will get him under contract.” Could Beijing be the start of Ho-Sang’s NHL career? 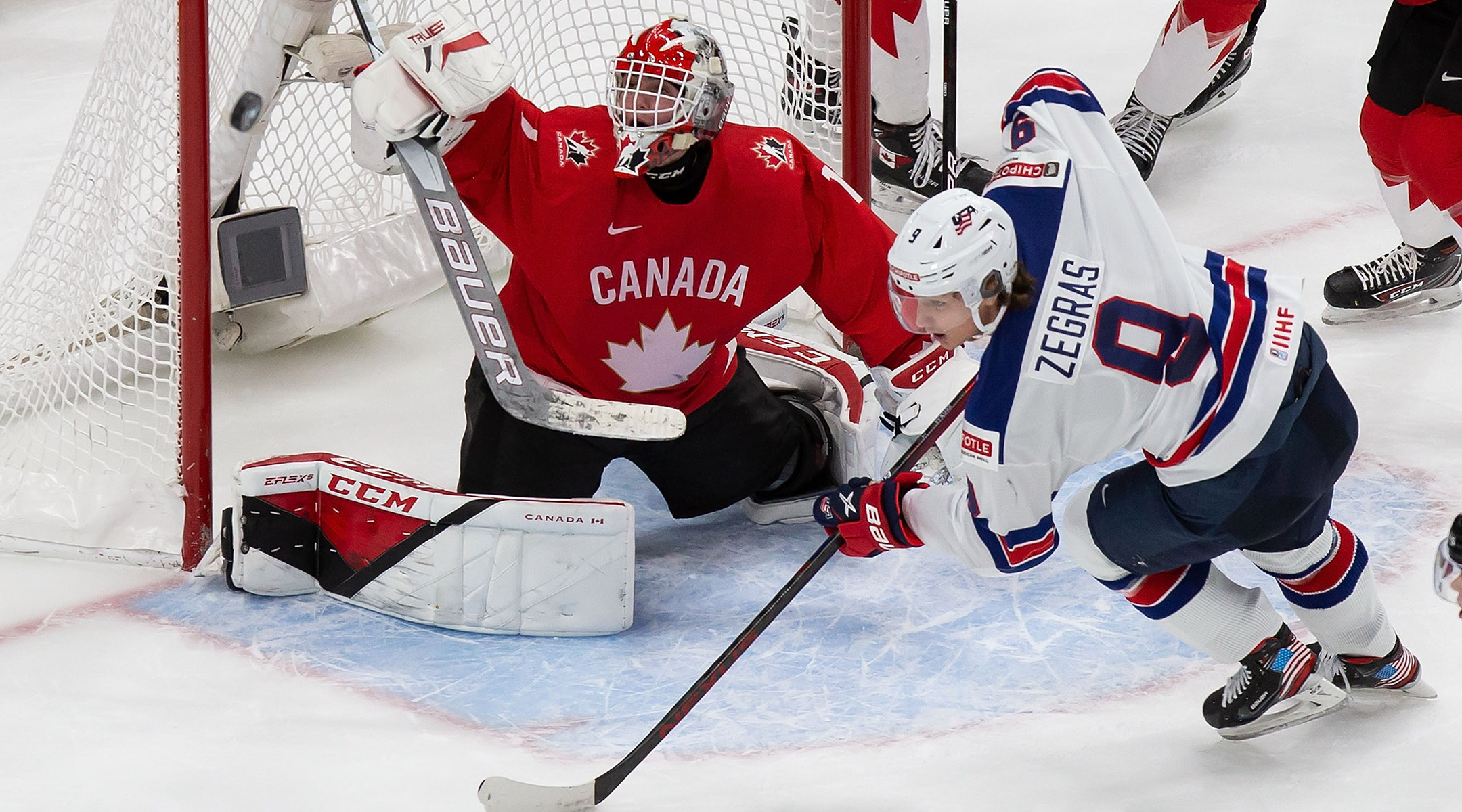 Joining Josh Ho-Sang on the Canadian men’s hockey team is Devon Levi, a 20-year-old goalie from the Jewish Montreal suburb of Dollard-Des-Ormeaux, where he attended Hebrew Foundation School, a Modern Orthodox Jewish day school. He currently plays for Northeastern University Huskies, and his spot on the Olympic squad makes him the first men’s hockey Olympian from the Boston school.

In the words of the Northeastern Hockey blog, “Levi is in the midst of the greatest goaltending season in Northeastern program history, and one of the greatest seasons in NCAA history. He has played every minute of every game for the Huskies.” He has notched nine shutouts so far this season, helping the Huskies achieve a 16-5-1 record.

This isn’t Levi’s first time representing Canada — most recently, he played in the 2021 World Junior Championship. It’s unclear whether or not he will be the starter on the Olympic team, as the two other goaltenders are both older and more experienced. 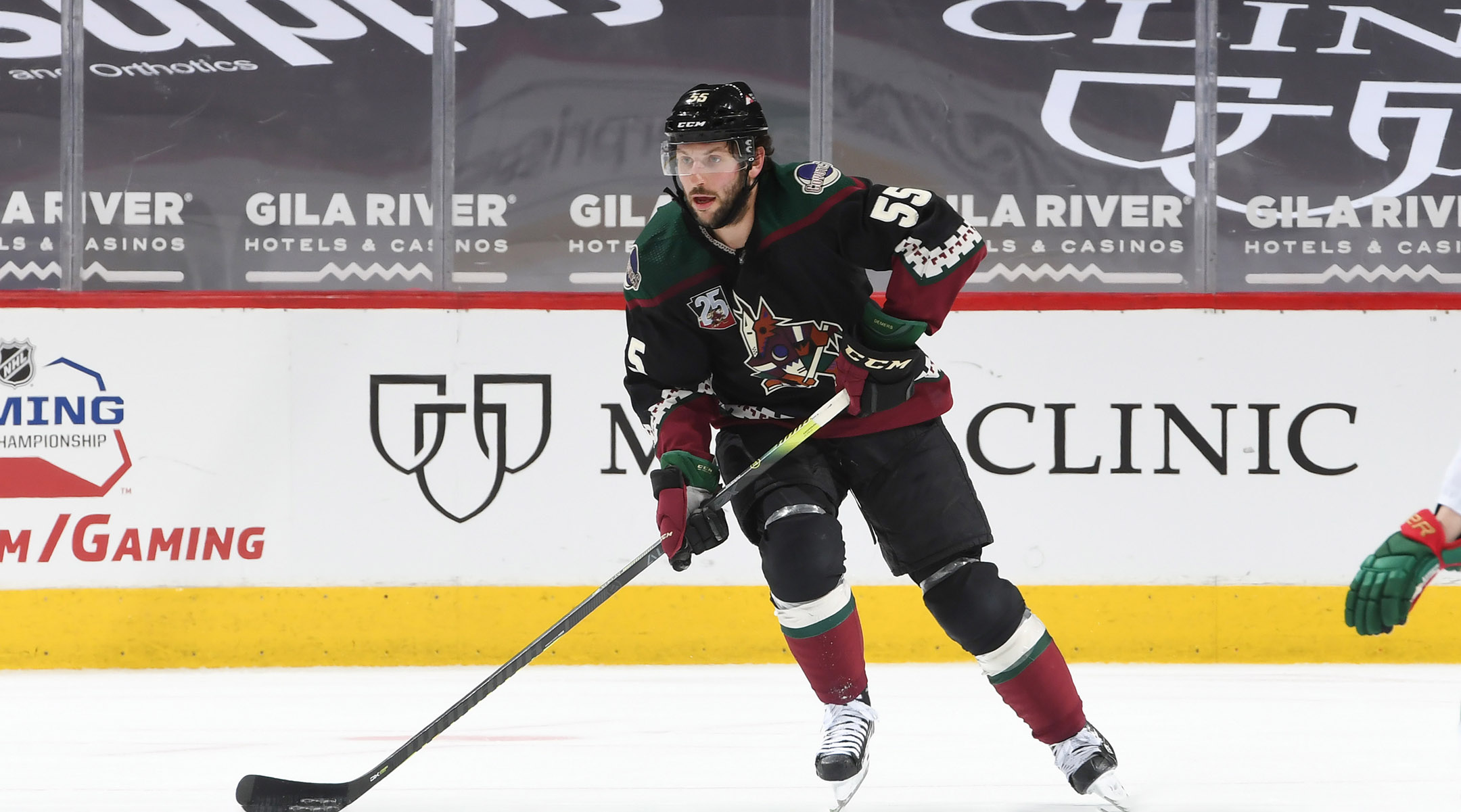 The third Jewish player on Canada’s hockey team is Jason Demers, a 33-year-old defenseman who spent time in the NHL but currently plays in Russia’s Kontinental Hockey League. He discovered his Jewish roots later in life on his father’s side of the family.

Demers made his NHL debut back in 2009, playing for the San Jose Sharks, and represented Team Canada for the first time in 2013 during an NHL lockout.

Thanks to Demers, Ho-Sang and Levi, Canada men’s hockey team will be the most Jewish team in Beijing.

With files from the JTA by Emily Burack.

Be the first to comment on "Team Canada: Jewish athletes to watch in Beijing"