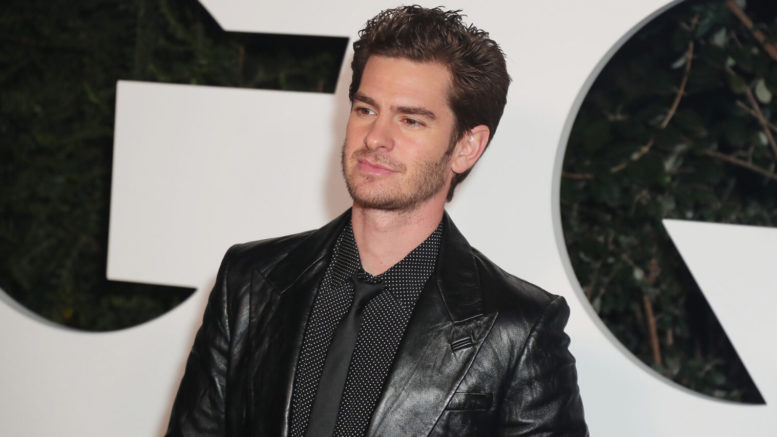 Spielberg’s best-director nomination makes the Jewish Hollywood legend one of only four filmmakers in history to ever be nominated at least eight times for best director. (Two of the others are also Jewish; the third is Martin Scorsese.) He has won the award twice before, for “Schindler’s List” and “Saving Private Ryan.” With this nomination, Spielberg also makes history as the only director to have ever been nominated for the award across six different decades, beginning with his nod in 1978 for “Close Encounters Of The Third Kind.”

Elsewhere in the acting categories, Jewish star Andrew Garfield was nominated for best actor for his portrayal of Jewish playwright Jonathan Larson in the musical “tick, tick… BOOM!” The movie was based on Larson’s own stage show and also received a nomination for best editing. It’s Garfield’s second acting nomination; his first was for starring in Mel Gibson’s “Hacksaw Ridge.” And Kristen Stewart, whose started her performing career by singing the Dreidel song at a school Hanukkah concert, received a best actress nomination for playing Princess Diana in “Spencer,” her first nomination.

Jewish actress and rock musician Alana Haim, who was expected to be a contender for her debut lead performance in “Licorice Pizza,” did not receive a best actress nomination, though the film — about a young Jewish woman’s coming-of-age in 1970s Los Angeles — received three, including best picture.

Veteran Jewish screenwriter Eric Roth, already an Oscar winner for “Forrest Gump,” was nominated again in the adapted screenplay category for co-writing the script to the sci-fi epic “Dune” with Jon Spaihts and the film’s director, Denis Villeneuve. “Dune” nabbed 10 nominations in total, including best picture.

And David Sirota, a progressive journalist and former Bernie Sanders staffer who has tweeted about his Judaism as well as his criticism of Israel, was nominated in the original screenplay category for collaborating with Adam McKay on the climate-change satire “Don’t Look Up,” which received four total nominations, including best picture.

In the music category, longtime recording artist Diane Warren received her 13th Oscar nomination for penning the original song “Somehow You Do” from the film “Four Good Days” (performed in the film by country star Reba McEntire). Warren, whose other hit songwriting credits include “Rhythm of the Night” and “I Don’t Want to Miss a Thing,” grew up in a Jewish family in Los Angeles and has said her father changed their last name from Wolfberg to sound less Jewish. Despite her large stack of nominations, she has never won.

Three of the five nominated composers in the original score category have Jewish backgrounds: Nicholas Britell, nominated for “Don’t Look Up”; Hans Zimmer, nominated for “Dune”; and Jonny Greenwood, nominated for his work on the moody Western “The Power Of The Dog” by director Jane Campion (Greenwood, also a member of the band Radiohead, is married to Israeli artist Sharona Katan, who has told Israeli media that the couple raises their kids Jewish). “The Power Of The Dog” received 12 nominations in total, including best picture, and is considered a favorite to win.

However, another short documentary with Jewish connections did score a nomination: “When We Were Bullies,” directed by Jay Rosenblatt, a longtime independent filmmaker who also currently works as program director at the San Francisco Jewish Film Festival. In Rosenblatt’s film, he explores his own complicity in a school bullying incident decades prior.

Meanwhile, “The Tragedy of Macbeth,” the Shakespeare adaptation from writer-director Joel Coen, did not score any nominations for Coen but did earn three other nominations, including best actor for star Denzel Washington.

Announced in a virtual ceremony co-hosted by “Black-ish” star Tracee Ellis Ross, whose dad is Jewish, the nominations made room for some guest appearances. One visitor who dropped in was TikTok star and movie enthusiast Reece Feldman, who also worked as a production assistant on the set of the upcoming fourth season of “The Marvelous Mrs. Maisel” and has made videos poking fun at his Judaism.

Be the first to comment on "Spielberg, Gyllenhaal, Garfield among 2022 Jewish Oscar nominees"