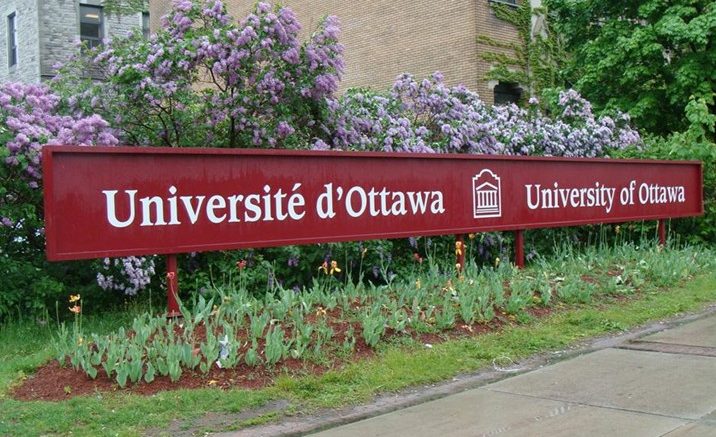 (EJNews) – An initiative to advance Boycott-Divestment-Sanctions (BDS) against Israel was defeated at the Students’ Federation of the University of Ottawa’s (SFUO) Board of Administrators. At a meeting of the Board of Administrators on November 3, 2017, a resolution endorsing BDS was amended to remove all mention of BDS – thanks to the successful intervention of student activisunits and Hillel Ottawa, with the support of the Jewish Federation of Ottawa, the Centre for Israel and Jewish Affairs (CIJA) and B’nai Brith Canada.

On November 5, 2017, the SFUO’s Board of Administration considered but ultimately rejected a motion to endorse the boycott, divestment and sanctions (BDS) movement. Instead, it passed an amended motion committing the SFUO “to do all in its power to peacefully resolve the Israeli-Palestinian conflict.”

Dovi Chein, Director of Hillel Ottawa, said: “We commend the SFUO for removing the reference to BDS from this resolution. We are incredibly proud of the students who made a powerful case today for the SFUO to reject the destructive and divisive path of BDS. It would have been particularly appalling for the SFUO to endorse such a discriminatory resolution just weeks after a failed attempt to revoke the club status of Hillel and the Israel Awareness Committee.”

Andrea Freedman, CEO and President of the Jewish Federation of Ottawa, said: “We applaud Hillel and the students who were successful in defeating this attempt to import BDS to the SFUO’s agenda. Boycotting Israel denigrates the very identity of Jewish students. On this basis alone, no responsible student government should ever endorse BDS. Every student has a right to feel welcome and safe on campus, and we will continue engaging the University at the highest levels to express our concerns about the damaging effect of anti-Israel activism on campus.”

Judy Zelikovitz, Vice President of University and Local Partner Services at CIJA, said: “This is another key defeat for the BDS movement on campus, for which great credit goes to Hillel and student activists at the University of Ottawa. Targeting Israelis for boycott is discriminatory, counter-productive to peace, and absolutely at odds with academic freedom, which is why no university administration in North America has endorsed BDS. We are pleased that the SFUO recognized today that endorsing BDS would only serve to marginalize Jewish and pro-Israel students on campus, undermining the SFUO’s own mandate to represent the best interests of all students.”

B’nai Brith Canada explained that Jewish and pro-Israel students at the University of Ottawa were able to successfully defeat the anti-Israel motion on very short notice. Students were only notified about the impending vote on Friday, which made it harder for Jewish groups to take effective action due to the Sabbath.

However, B’nai Brith acted quickly through its legal counsel, sending SFUO directors a letter on Friday afternoon explaining that any vote to endorse BDS could trigger serious legal consequences. SFUO directors seemed to heed the warning, as their first move at the meeting was to remove any reference whatsoever to BDS.

The SFUO’s proposed BDS vote would have violated the notice requirements guaranteed by its own constitution, as well as the student union’s policy on discrimination, which prohibits the SFUO from discriminating on the basis of nationality or religion. It also came on the heels of a failed attempt by activists within the SFUO to revoke the club status of Hillel Ottawa in previous weeks.

“The proposed BDS vote was not only immoral, but also illegal,” said Michael Mostyn, Chief Executive Officer of B’nai Brith Canada. “Student unions cannot and will not be allowed to discriminate against Israeli and Jewish students, especially in clear violation of their own governing documents.

“We will continue to intervene swiftly and decisively to ensure that Canadian university campuses remain safe for Jewish students.”