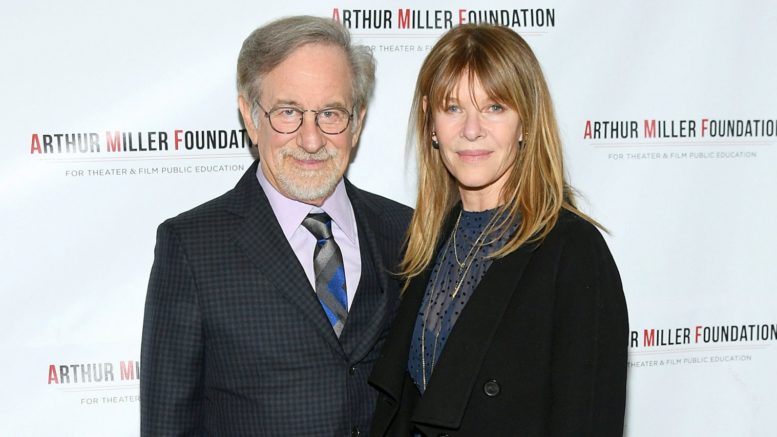 “We are especially proud to help establish this initiative — which will make visible a fuller range of Jewish voices, identities, experiences, and perspectives — at a time when social divisions run painfully deep and mainstream depictions too often fail to reflect the Jewish community in all its complexity,” Spielberg and Capshaw said in a statement Thursday announcing the foundation.

The organization, which starts with $2 million, will soon announce its first round of grantees, who will receive $500,000 in total this year. It is already taking applications for a second round of grants and says it hopes to ramp up its funding over time.

The project’s director is Roberta Grossman, a filmmaker who has specialized in Jewish-themed documentaries. Caroline Libresco, a longtime Sundance Film Festival programmer, will be its artistic director. And “Friends” creator Marta Kauffman is a board member.

“I’m looking forward to helping create a stable and lasting funding organization that can fill the funding gap for independent filmmakers who want to tell a Jewish story,” Kauffman said in a statement.

Spielberg’s Righteous Persons Foundation has funded a range of Jewish initiatives beyond the film world, including the USC Shoah Foundation, which has created an archive of recorded Holocaust survivor testimonies.

Spielberg is also a recent recipient of the Genesis Prize, nicknamed the “Jewish Nobel,” which is given to “extraordinary individuals for their outstanding professional achievement, contribution to humanity, and commitment to Jewish values.” He said he will donate his $1 million prize earnings along with $1 million of his own to 10 different organizations fighting for racial and economic justice.